Virgin Galactic Holdings (NYSE:SPCE) completed a historic milestone last Sunday, successfully launching founder Richard Branson into space. But investors reacted by running for the exits, with the stock off 35% for the week as of 2 p.m. EDT Thursday.

Call this the cosmic edition of popular Wall Street saying, “Buy the rumor, sell the news.” Branson’s flight into space happened nearly a year after it was originally planned, due to a combination of COVID-related delays and some testing setbacks. The stock fell significantly at times last year due to those setbacks, but had gained more than 200% in the six weeks leading up to the July 11 flight. 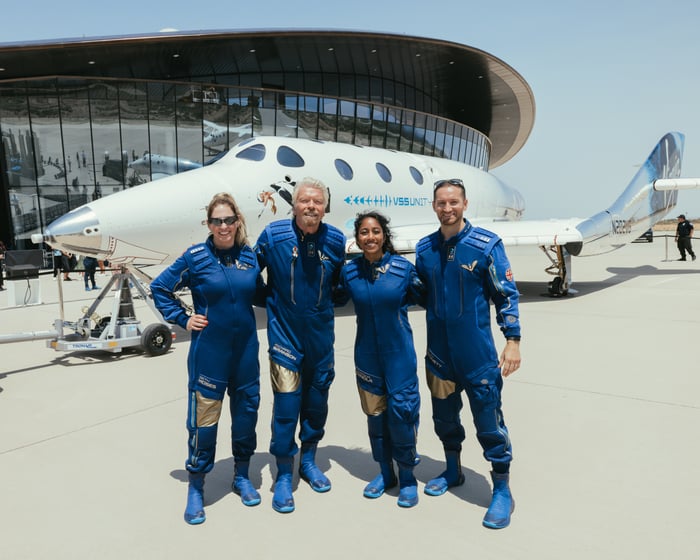 Richard Branson (second from left) and the mission specialists ahead of the July 11 flight. Image source: Virgin Galactic.

The flight was an unqualified success, and provided a great boost to Virgin Galactic’s marketing effort. But the company on Monday filed to take advantage of the stock run up by selling $500 million worth of additional shares. Secondary offerings tend to be near-term negative on a stock because they mean each share owns a tiny bit less of the company.

Wall Street also sounded a cautious tone. Bank of America analyst Ronald Epstein kept an underperform rating on the stock even after the launch, noting that the flight was only a test and that Virgin Galactic has not yet announced when commercial service will begin. The net effect was that as the enthusiasm about the flight began to fade investors were more focused on the challenges ahead.

Since going public via a special purpose acquisition company, Virgin Galactic has traded more on sentiment than fundamentals, which makes sense since for most of that time the company has generated little to no revenue. We are slowly growing closer to a point where that is no longer the case, and investors can begin to find out the answers to thorny questions concerning how big the total market is for six-figure flights into space.

At various points so far in 2021 Virgin Galactic shares have been up 120%-plus (twice) and down 50%. I’d expect more volatility to continue in the months to come as the testing process is completed and Virgin Galactic moves toward the beginning of regular service. For investors who believe in the potential, fasten your seatbelt and be ready for a bumpy ride.

Teen Mom Jade Cline claps back at fan who slams her for plastic surgery & says 'a diet can't get you bigger boobs!'

Does the Potential of Nano Dimension Stock Outweigh Its Risks? 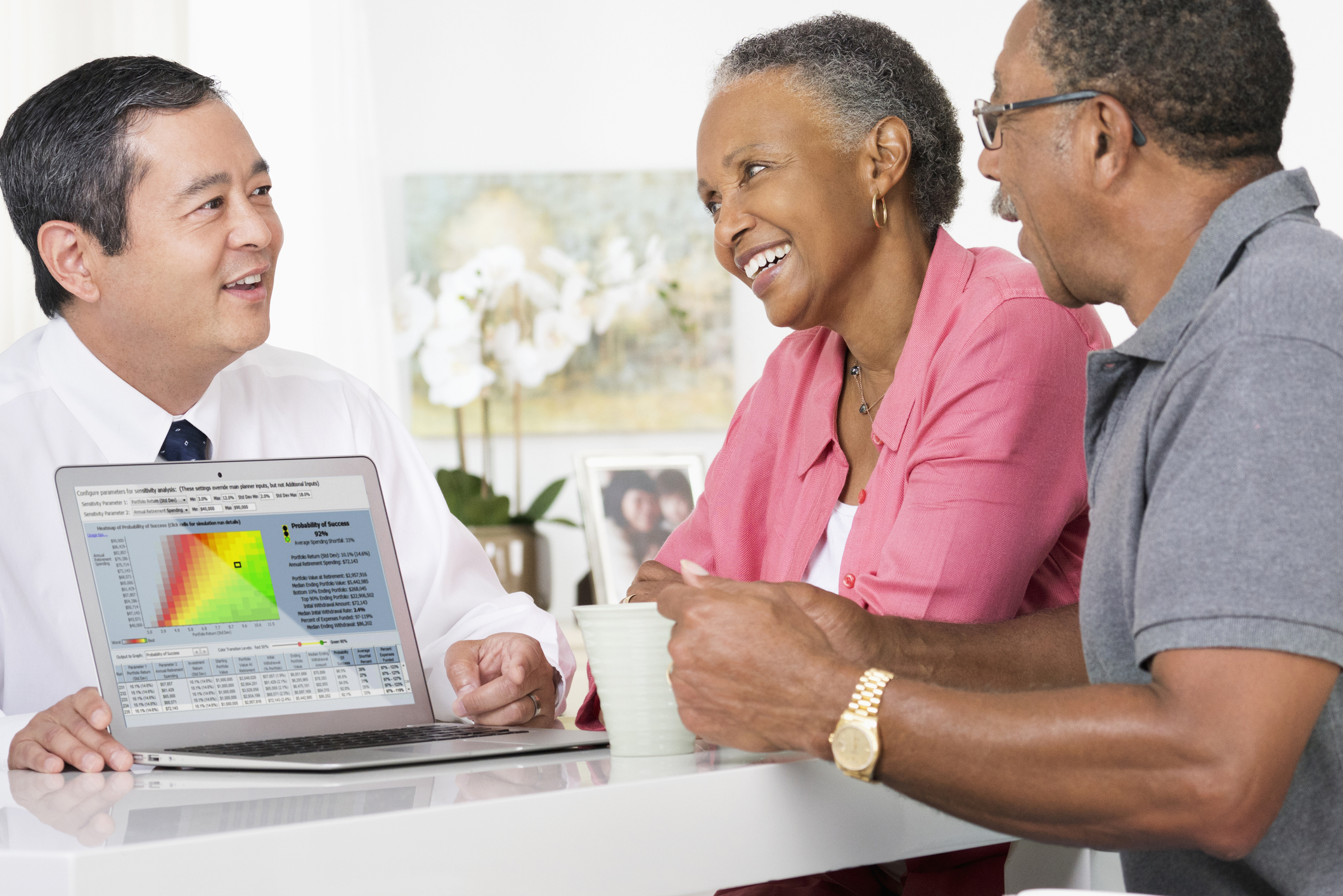 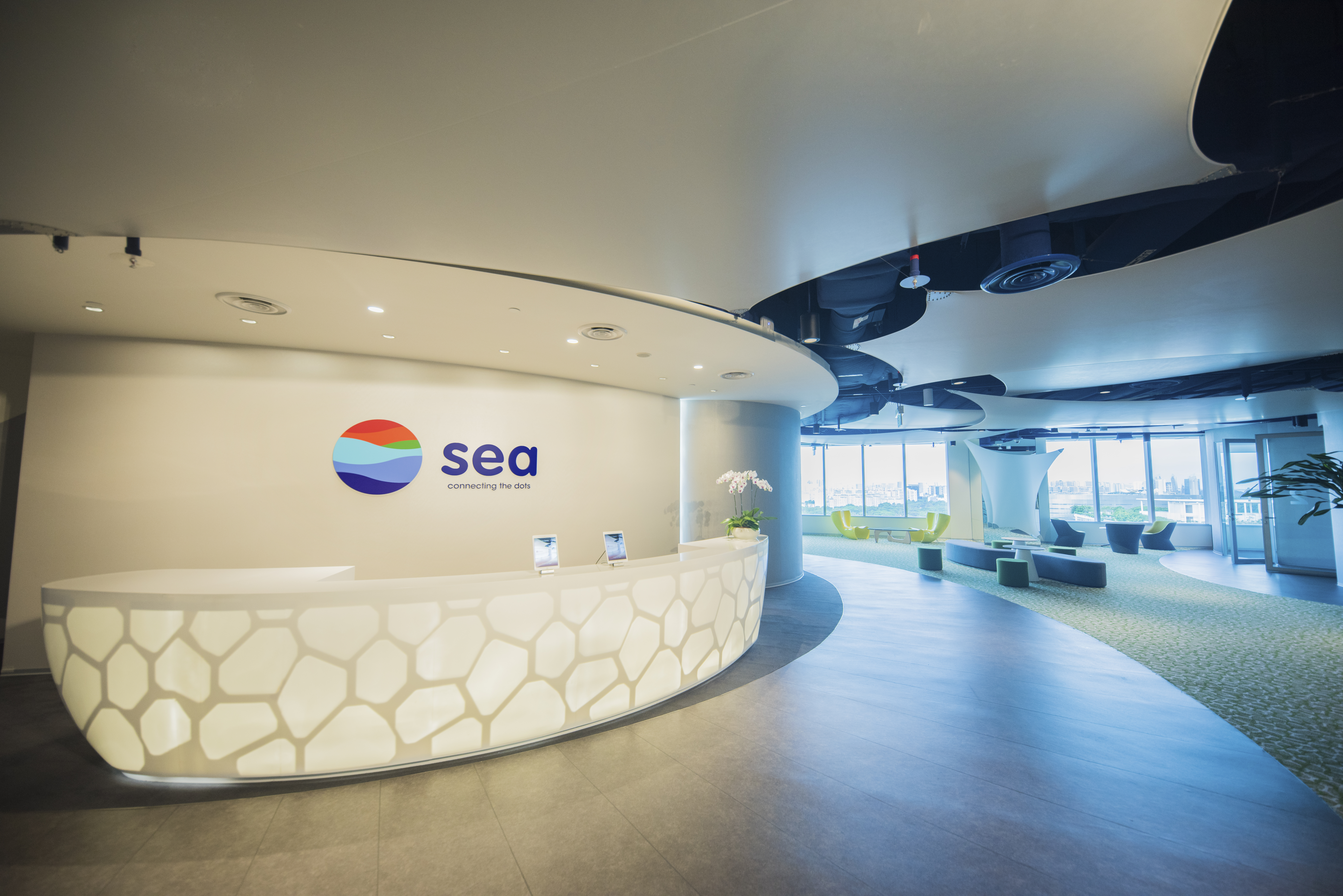