Below is a closer look at Wallace and his relationship with Carter.

Who is Bubba Wallace?

Bubba Wallace is a 26-year-old from North Carolina who has raced with Nascar since 2010.

He’s the first full-time black driver in the Cup Series since 1971.

He made headlines this year when he called for Nascar to ban the Confederate flag from the series’ events after George Floyd was killed in police custody in May.

Wallace was seen wearing a T-shirt that read, “I Can’t Breathe,” at a race in June.

He told CNN at the time: “There should be no individual that is uncomfortable showing up to our events to have a good time with their family that feels some type of way about something they have seen, an object they have seen flying.”

READ:  Squarespace vs. WordPress: Which is Better in 2021?

“No one should feel uncomfortable when they come to a Nascar race. So it starts with Confederate flags. Get them out of here. They have no place for them.”

Who is his girlfriend Amanda Carter and how long have they been together?

Wallace has been dating his girlfriend Amanda Carter, 26, for several years, according to their social media profiles.

Wallace wrote in a 2018 Instagram post: “Our love is so strong that ya wouldn’t know we’re polar opposites. Thanks for balancing me out the last 2 years!”

In July, Wallace revealed the couple adopted a dog named Asher together.

According to The Undefeated, Wallace and Carter briefly broke up at some point, but have since rekindled their romance.

What has Amanda said about Bubba on social media?

Carter frequently includes Wallace in her social media posts, and said she was proud of him and supported him in June when a noose was found hanging in his garage.

“I am so proud of you for standing up for what is right and continuing to do so without fear of the outcome,” she wrote. “I wish the people saying hurtful comments knew you.”

“So many little boys and girls who dream of going fast but haven’t seen someone who looks like them, for all the new and old fans who felt uncomfortable coming to a race and for everyone who has experienced racism.”

In July, she posted about a vacation the two took together in which they “had so much fun laughing, napping, and exploring this lil island” in South Carolina.

What has Bubba said about Black Lives Matter?

Wallace’s response to the Black Lives Matter movement pushed him to prominence in the racing circuit this year.

In addition to wearing an “I Can’t Breathe” shirt – in reference to George Floyd’s last words – Wallace has driven with a Black Lives Matter paint scheme on his car.

“I think by running this branding on our car, putting the hashtag out there, bringing more awareness to it, it lines up with the videos that we had put out as Nascar,” Wallace said.

“Listening and learning. Educating ourselves. So people will look up what this hashtag means. And hopefully, get a better understanding.”

How long have Bubba and Amanda been dating? 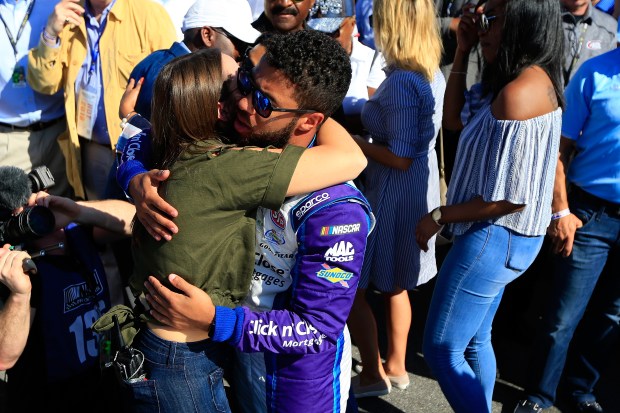 According to social media posts, it appears Wallcae and Carter, who are both 26, have been dating for several years.

Wallace wrote in a 2018 Instagram post: “Our love is so strong that ya wouldn’t know we’re polar opposites. Thanks for balancing me out the last 2 years!”

Wallace and Carter appeared to briefly break up at some point, but have since rekindled their romance.

Where did he find a noose?

In June, Wallace’s team found an apparent noose hanging in their garage stall at the Talladega Superspeedway.

After the controversy that followed Nascar and Wallace after they banned the Confederate flag, the organization was careful to protect the 26-year-old racer.

Federal authorities quickly investigated the noose, which was determined to not be a hate crime, as they found it had been hanging there since at least October.

Nascar has defended its reaction and insisted it would call the FBI again.

Wallace said there is no confusion, and that the rope was a noose.

After the FBI’s conclusion was announced, President Donald Trump called the incident a “hoax” and said Wallace should apologize.

Wallace fired back: “Love should come naturally as people are TAUGHT to hate.”

“Even when it’s HATE from the POTUS.”

A Beginner's Guide to Parametric Estimating

I Helped a Friend Dig Out of Debt During the Pandemic. Here's How 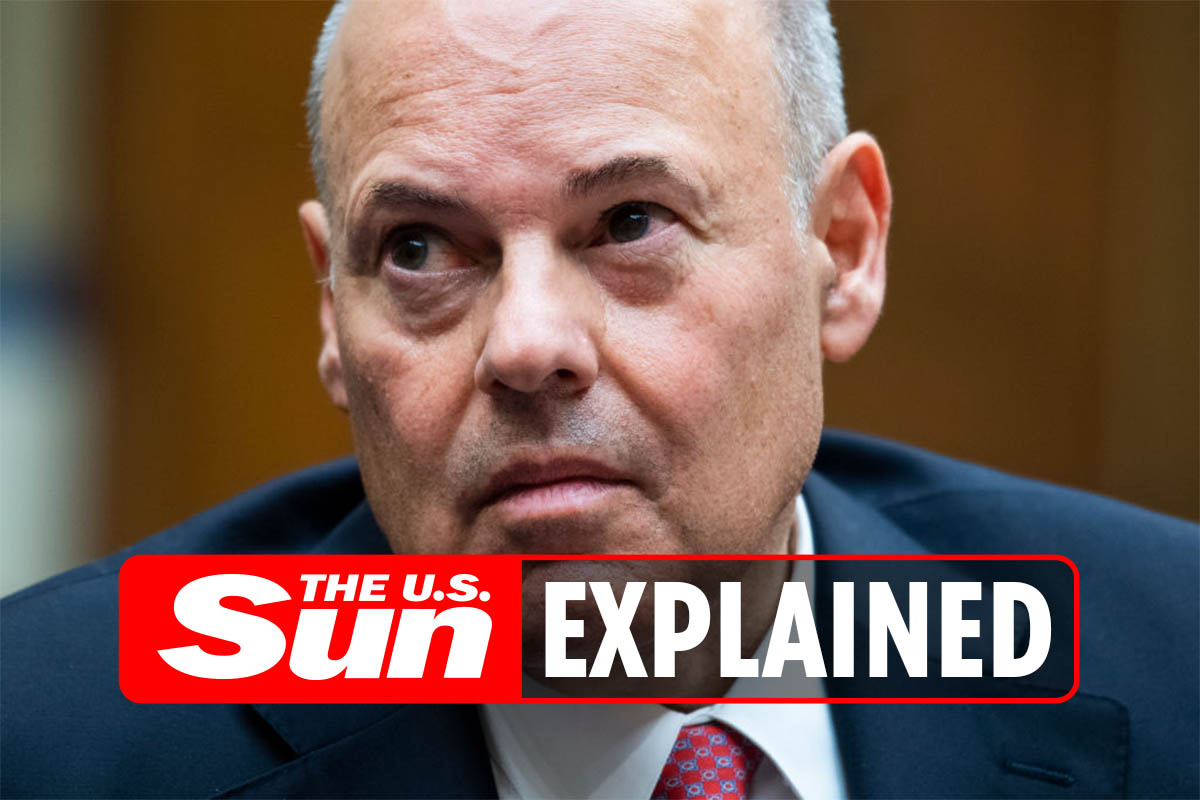 Who is Louis DeJoy? 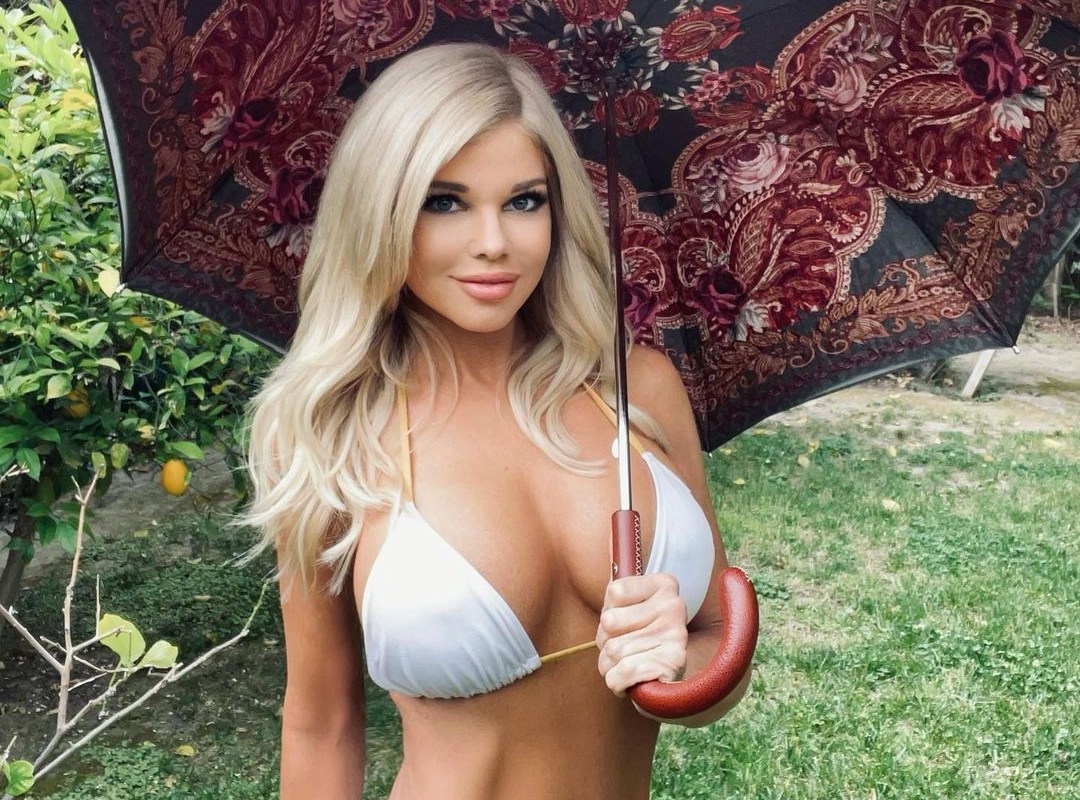