Most shareholders in Johnson & Johnson (NYSE:JNJ) are content with a well-diversified, steady company that pays them a reliably growing dividend. To keep that up, the company needs to find areas of the healthcare industry in which to grow. A few years ago, it realized that investing in itself wasn’t cutting it.

The company began making acquisitions to jump-start growth. Overall, the strategy looks like it is paying off. In one segment, the rewards of the approach might be on the horizon. 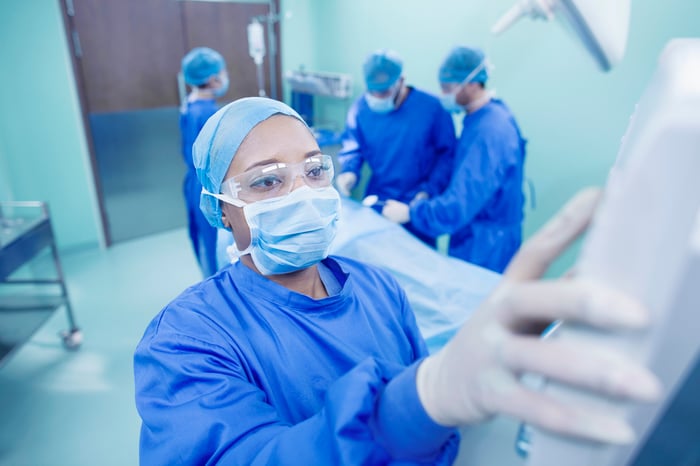 Johnson & Johnson’s consumer brands dominate their categories and its pharmaceuticals division contributes more than half of the company’s revenue. But it’s the medical devices unit that may hold the key to shareholder gains in the next decade.

Although the pandemic hampered sales last year — segment revenue was down almost 12% compared to 2019 — the company has several products in the pipeline that should excite investors. That would be a welcome change. Since the March 2020 lows, the stock has trailed all three major indexes. 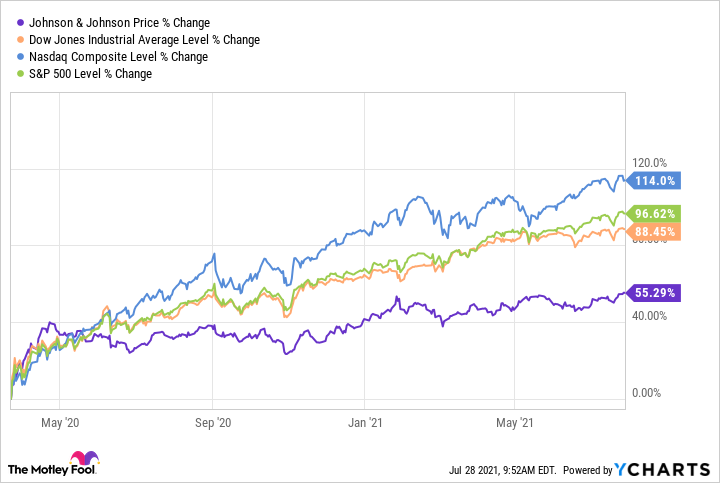 As you would expect for a $455 billion company, Johnson & Johnson invests a lot of money to keep growing. How it is allocating that capital highlights where management believes the greatest opportunity lies. While the company has stepped up investment across the board, the pace of acquisitions has seen the biggest jump in the past few years.

There is nothing wrong with acquiring other businesses as a strategy for growth. It can be an expensive but effective way to grow. It can also be hard to measure results for a slow grower like Johnson & Johnson. Still, the strategy seems to be making a difference.

From 2011 to 2015, revenue grew 1.9% annually. In the subsequent years, with increased investment, that rate jumped to 3.5%. And some of those investment seeds are getting ready to bear fruit. The company’s $30 billion purchase of Actelion in 2016 and the $6.5 billion acquisition of Momenta in 2020 made headlines for the pharmaceutical division. But its smaller deals in the medical devices space might unlock even more growth in the next decade.

The future of surgery

The company is piecing together a digital ecosystem around robotic surgery and analytics to deliver better outcomes at lower costs. The market for robotic surgery is expected to grow almost 18% annually over the next five years. Management isn’t planning on missing the trend. It has already watched Intuitive Surgical (NASDAQ:ISRG) define the category, growing into a $115 billion company.

One area of focus for Johnson & Johnson has been digitizing surgery — using data analytics and machine learning. It was the impetus for taking over Verb Surgical, its partnership with Alphabet‘s life sciences unit, Verily. For an offering like that to succeed, it will need robust sales of hardware. And Johnson & Johnson has made a few purchases that should help.

The Velys robotic system came from the company’s acquisition of Orthotaxy in 2018. The table-mounted system is designed to integrate with existing operating rooms and help surgeons with the bony cuts required in joint replacements. Its data visualization also helps to predict joint stability — a big driver of patient outcomes. The company began commercialization of the device in the U.S. last quarter and reported about 100 cases performed to date. It’s not the only robotic surgery innovation in the portfolio.

In 2019, Johnson & Johnson bought surgical robotics company Auris Health. Auris’ Monarch platform, dedicated to performing procedures related to lung cancer, was already approved by the Food and Drug Administration at the time of acquisition. That said, it is continuing to gain traction. On the most recent earnings call, management pointed to more than 100 customers and 8,000 procedures performed.

All told, the company had 17 major launches in its medical device portfolio in the first half of 2021. It’s part of the reason sales in the segment were up more than 57% year over year in the second quarter. Growth in the unit was impressive even compared to before the pandemic. Measured against the same quarter of 2019, revenue climbed 7.5%.

It’s a breath of fresh air after the medical devices segment posted negative 0.4% growth in the five years leading up to 2020. It may be the start of a new trend. If Johnson & Johnson can successfully commercialize robotic devices, shareholders might have a lot more growth in store than they are expecting.

Here's How Much Suze Orman Thinks You Should Invest in Cryptocurrency 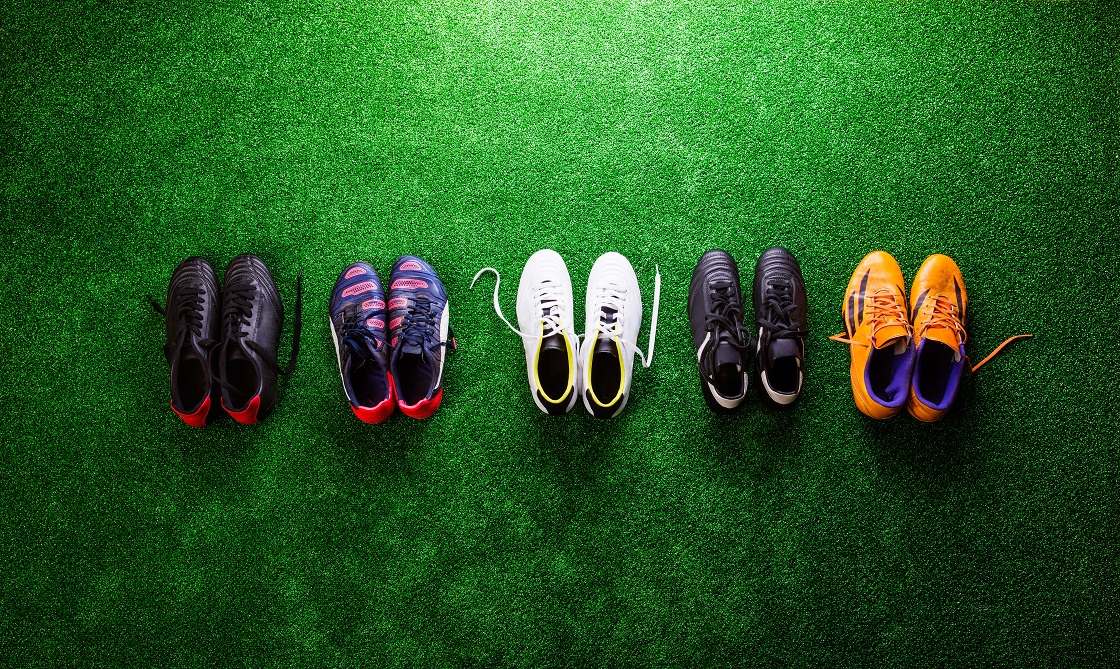 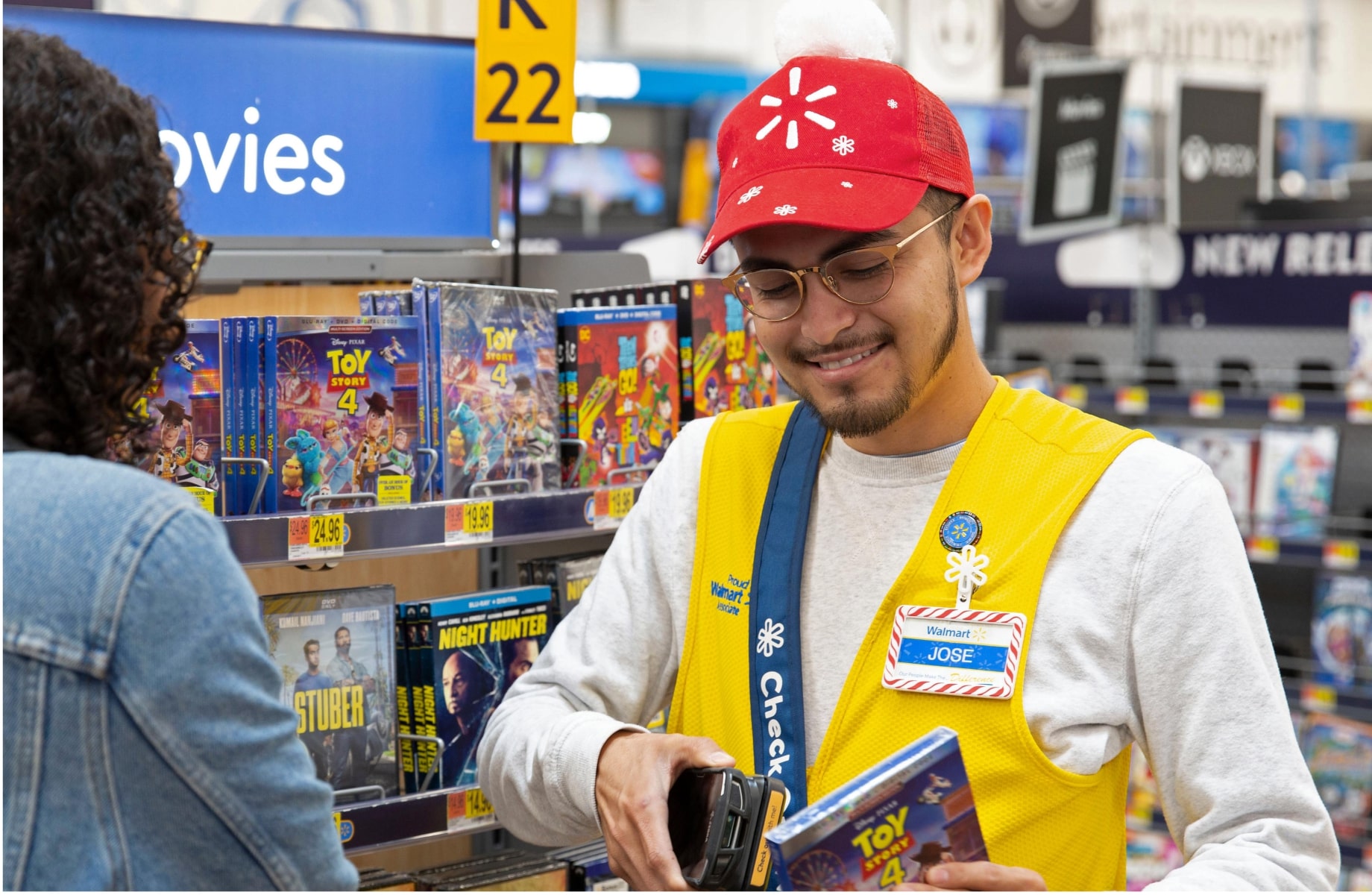 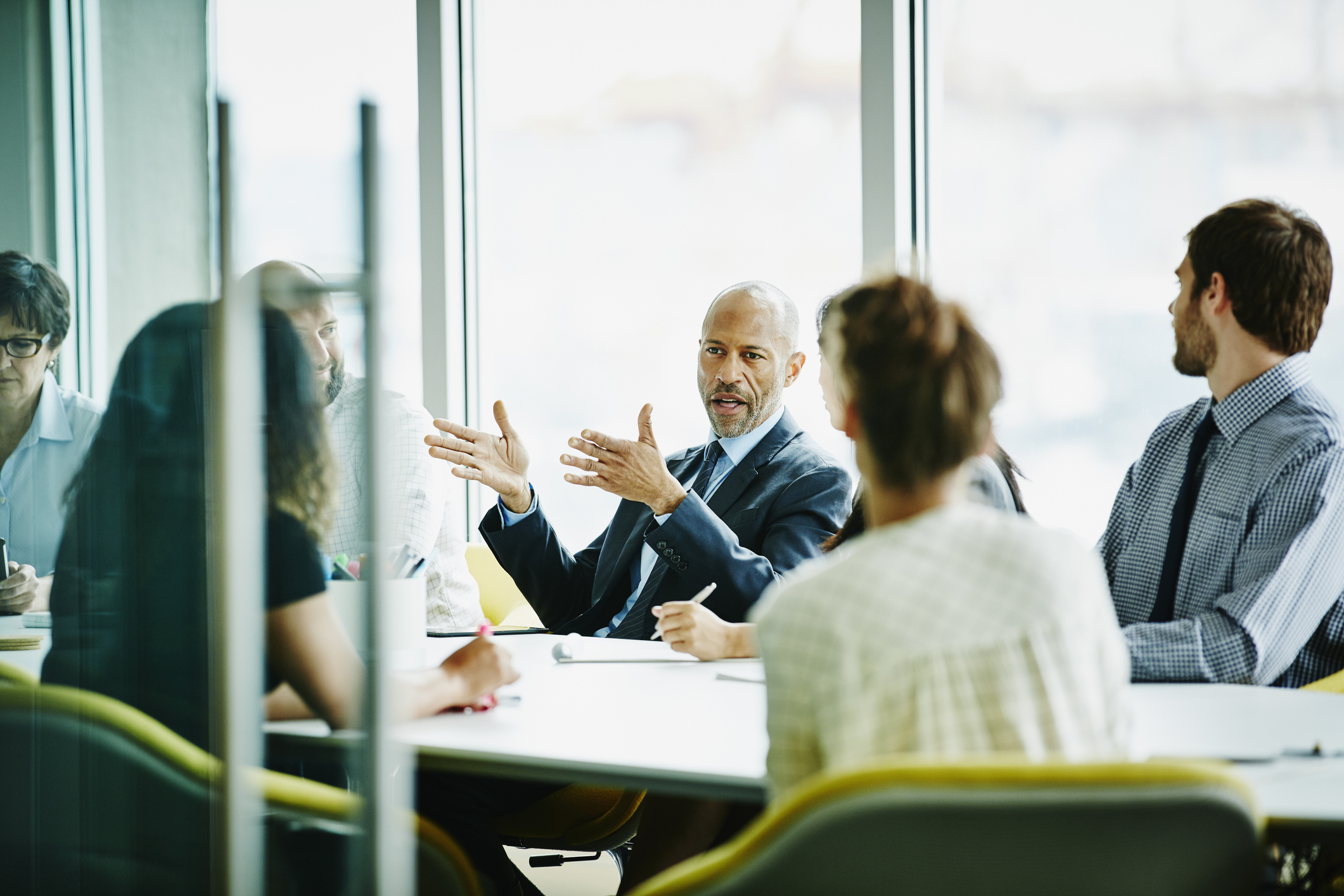 After a Long History of Underperformance, KeyCorp Has Some Real Momentum 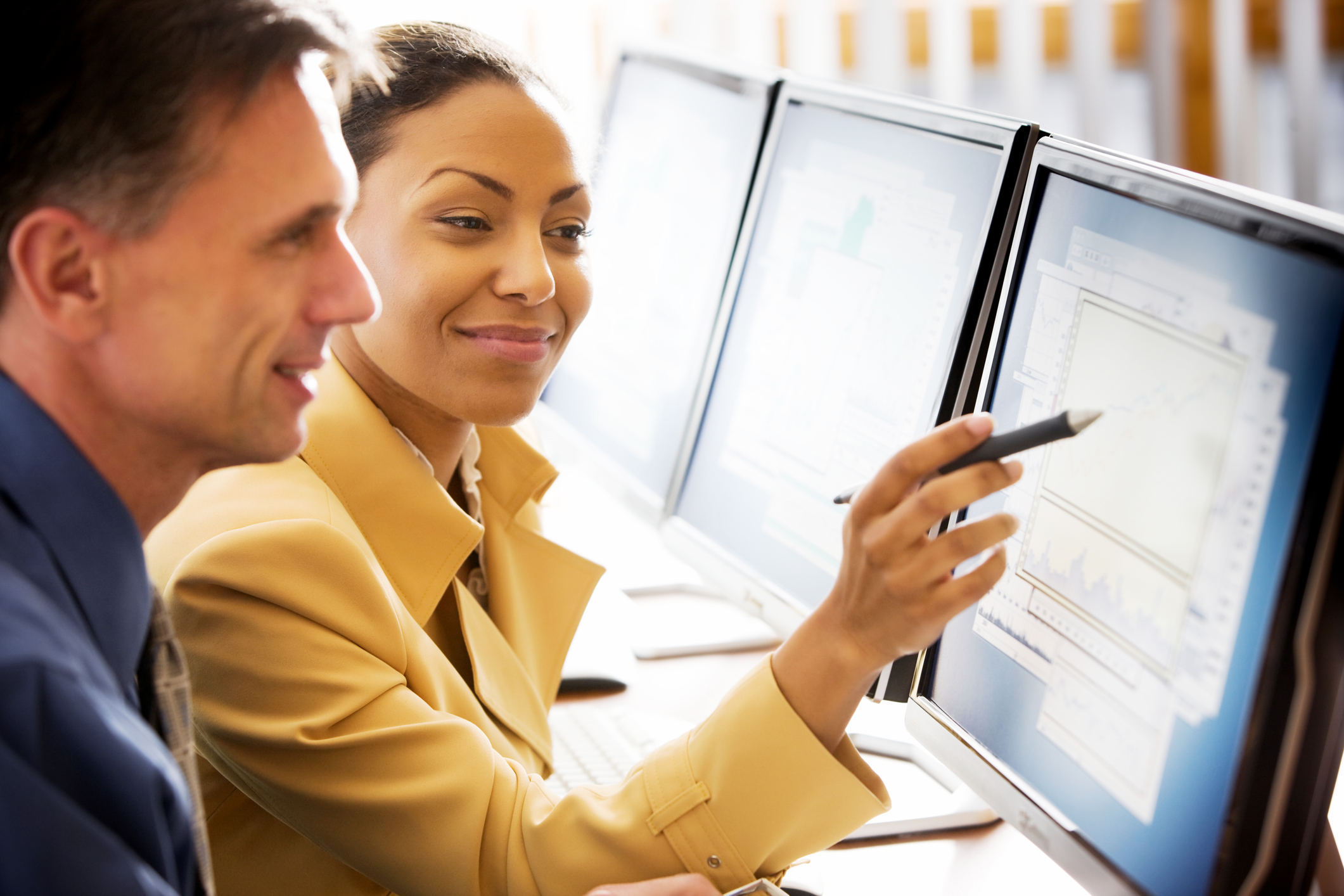 Why BioCryst Pharmaceuticals Rose 8% on Thursday