What Is a Value-Added Tax (VAT)?

A value-added tax (VAT) is collected on a product at every stage of its production during which value is added to it, from its initial production to the point of sale. The amount of VAT that the user pays is based on the cost of the product, less any costs of materials used in the product that have already been taxed at a previous stage.

The value-added tax is a type of consumption tax.

Value-added taxation is based on consumption rather than income. In contrast to a progressive income tax, which levies more taxes on the wealthy, the VAT is charged equally on every purchase. More than 160 countries use a value-added taxation system. It is most commonly found in the European Union.

Nevertheless, it is not without controversy.

Critics argue that a VAT is essentially a regressive tax that places an undue economic burden on lower-income consumers while increasing the bureaucratic burden on businesses.

Both critics and proponents of a VAT generally argue it as an alternative to an income tax. That is not necessarily the case. Great Britain, for example, has both an income tax and a VAT.

How a Value-Added Tax Works

A VAT is levied on the gross margin at each point in the process of manufacturing, distributing, and selling an item. The tax is assessed and collected at each stage. That is different from a sales tax system, in which the tax is assessed and paid only by the consumer at the very end of the supply chain.

Say, for example, a candy called Dulce is manufactured and sold in the imaginary country of Alexia. Alexia has a 10% value-added tax.

Here is how the VAT would work:

History of the Value-Added Tax

The vast majority of industrialized countries that make up the Organisation for Economic Cooperation and Development (OECD) have a VAT system. The United States remains the only notable exception.

Most industrial countries with a VAT adopted their systems in the 1980s. Results have been mixed, but VAT countries in general do not enjoy small budget deficits or low government debt. According to one International Monetary Fund study, any nation that switches to VAT initially feels the negative impact of reduced tax revenues despite greater revenue potential down the road.

VAT has earned a negative connotation in some parts of the world, even hurting its proponents politically. In the Philippines, for example, Senator Ralph Recto, a chief proponent of VAT in the early 2000s, was voted out of office by the electorate when he ran for reelection. However, in the years that followed its implementation, the population eventually accepted the tax. Recto ended up finding his way back to the Senate, where he became the proponent of an expanded VAT.

Industrial nations that have adopted a VAT system have had mixed results, with one study noting that any country making the switch feels an initial negative impact from reduced tax revenues.

VATs and sales taxes can raise roughly the same amount of revenue. The differences lie in the point at which the money is paid and by whom. Here is an example that assumes (again) a VAT of 10%:

Just as it would with a traditional 10% sales tax, the government receives 10¢ on a $1 sale. The VAT differs in that it is paid at different stops along the supply chain; the farmer pays 3¢, the baker pays 4¢, and the supermarket pays 3¢.

However, a VAT offers advantages over a national sales tax. It is much easier to track. The exact tax levied at each step of production is known.

With a sales tax, the entire amount is rendered after the sale, making it difficult to allocate to specific production stages. Additionally, because the VAT only taxes each value addition—not the sale of a product itself—assurance is provided that the same product is not double taxed.

There has been much debate in the U.S. about replacing the current income tax system with a federal VAT. Advocates claim it would increase government revenue, help fund essential social services, and reduce the federal deficit. Most recently, a VAT was advocated by 2016 presidential candidate Andrew Yang.

In 1992 the Congressional Budget Office conducted an economic study on implementing a VAT. At the time, the CBO concluded that a VAT would add only $150 billion in annual revenue, or less than 3% of the national output. If you adjust those numbers to 2020 dollars, it comes out to just under $275 billion, or 3% of the third quarter of 2019 gross domestic product (GDP).

Using these approximations, it can be estimated that a VAT might raise between $250 billion and $500 billion in revenue for the government.

Of course, these figures don’t account for all of the outside impacts of a VAT system. A VAT would change the structure of production in the United States, as not all firms will be equally able to absorb the increased input costs.

It is unknown if the additional revenue would be used as an excuse to borrow more money—historically proven to be the case in Europe—or reduce taxes in other areas (potentially making the VAT budget-neutral).

The Baker Institute for Public Policy at Rice University, in conjunction with Ernst & Young, conducted a macroeconomic analysis of the VAT in 2010. The principal findings were that the VAT would reduce retail spending by $2.5 trillion over 10 years, the economy could lose up to 850,000 jobs in the first year alone, and the VAT would have “significant redistributional effects” that would harm current workers.

Three years later, in a 2013 Brookings Institution report, William Gale and Benjamin Harris proposed a VAT to help solve the country’s fiscal problems coming out of the Great Recession. They calculated that a 5% VAT could reduce the deficit by $1.6 trillion over 10 years and raise revenues without distorting savings and investment choices.

Pros and Cons of a Value-Added Tax

In addition to the fiscal arguments, proponents of a VAT in the U.S. suggest that replacing the current income tax system with a federal VAT would have other positive effects.

Proponents argue that not only would a VAT greatly simplify the complex federal tax code and increase the efficiency of the Internal Revenue Service (IRS), it would also make it much more difficult to avoid paying taxes.

A VAT would collect revenue on all goods sold in America, including online purchases.

Pro: A Stronger Incentive to Earn

If a VAT supplants American income tax, it eliminates the disincentive-to-succeed complaint levied against progressive tax systems: Citizens get to keep more of the money they make and are only taxed when purchasing goods.

This change not only confers a stronger incentive to earn; it also encourages saving and discourages frivolous spending (at least theoretically).

Opponents note potential drawbacks of a VAT, including increased costs for business owners throughout the chain of production. Because VAT is calculated at every step of the sales process, bookkeeping alone results in a bigger burden for a company, which then passes on the additional cost to the consumer.

It becomes more complex when transactions are not merely local but international. Different countries may have different interpretations on to calculate the tax. This not only adds another layer to the bureaucracy but can result in unnecessary transaction delays.

While a VAT system may be simpler to maintain, it is costlier to implement. Tax evasion can continue, and even be widespread, if the general public does not give it wholehearted support.

Smaller businesses in particular can evade paying VAT by asking their customers if they require a receipt, adding that the price of the product or service being purchased is lower if no official receipt is issued.

In the U.S. a federal VAT could also create conflicts with state and local governments across the country, which currently set their own sales taxes.

Critics note that consumers typically wind up paying higher prices with a VAT. While the VAT theoretically spreads the tax burden on the added value of a good as it moves through the supply chain from raw material to final product, in practice the increased costs are typically passed along to the consumer.

What Does a Value-Added Tax Do?

A value-added tax (VAT) is a flat-tax levied on an item. It is similar in some respects to a sales tax, except that with a sales tax the full amount owed to the government is paid by the consumer at the point of sale. With a VAT, portions of the tax amount are paid by different parties to a transaction.

Does the U.S. Have a Value-Added Tax?

Who Benefits from a VAT Tax and Who Doesn’t?

Wealthier consumers could ultimately come out ahead if a VAT replaced the income tax. As with other flat taxes, a VAT’s impact would be felt less by the wealthy and more by the poor, who spend most of their income on necessities.

In short, lower-income consumers would pay a much higher proportion of their earnings in taxes with a VAT system, critics including the Tax Policy Center charge.

Can the Negative Effects of a VAT on Lower-Income People be Fixed?

Yes, to some extent. A government can exclude certain basic household goods, food products, or medicines from the VAT, or charge a substantially lower VAT rate. They also can provide rebates or credits to low-income citizens to offset the effects of the tax.

Nvidia vs. AMD -- the New Oil? Which Stock Should You Buy?

Who is Daniel Cameron's ex-wife Elizabeth and where is he from in Kentucky? 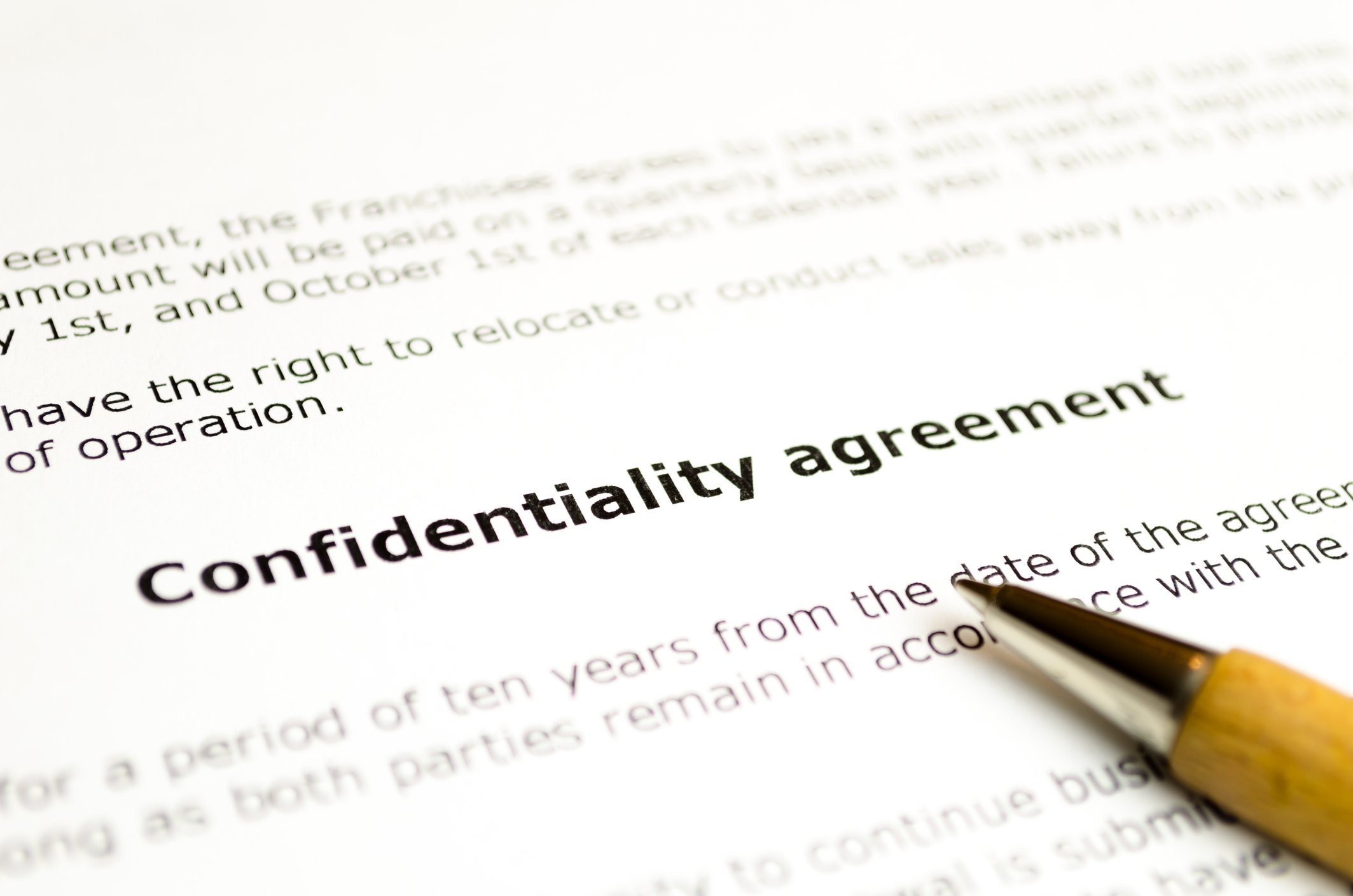