Because the private sector is responsible for distributing and administering medical resources, healthcare companies are subject to a lot of political attention in the U.S. For investors, on most days there’s money to be made by buying shares of businesses that lay low while reducing inefficiencies in the markets for care. Still, there’s a risk of government intervention when these markets remain too inefficient for too long relative to consumers’ needs.

Both of the companies I’ll discuss today made their names by conjuring up innovative new solutions to a pair of dysfunctions in the U.S. healthcare system, directly helping people in the process. Despite their merits, they’re both threatened by the prospect of new regulations that might reshape their markets overnight. On the other hand, there’s a credible chance that such regulations could supercharge their businesses, so let’s analyze the situation more closely. 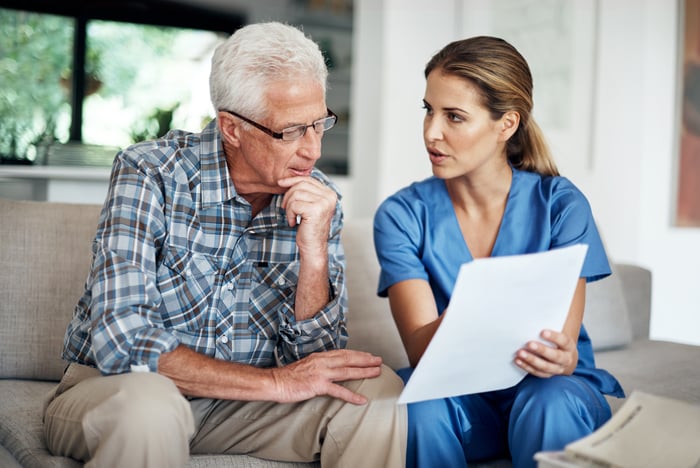 GoodRx Holdings (NASDAQ:GDRX) helps patients cut their costs on prescription drugs by comparing prices and negotiating on their behalf with other stakeholders, extracting a small fee from pharmacy benefit managers in the process. By doing so, the company helps consumers mitigate the financial impact of high and rising drug prices. Of course, some legislators are also interested in accomplishing the same goal.

There have been several legislative attempts over the last few years to tamp down rising drug prices, though none have succeeded in enacting sweeping reforms. And there’s currently more than one bill in Congress looking to do exactly that. One bill in the U.S. Senate, S.909, would require an annual review of branded drugs to evaluate their price in the U.S. relative to other developed countries. If a drug’s price is found to be excessive, the manufacturer would lose exclusivity rights, and regulators would expedite review of the corresponding generic drugs and biosimilars.

If the bill passes, it might take a lot of the wind out of GoodRx’s sails and force a reevaluation of its core business model, as it would with a lot of other healthcare stocks. After all, people have the largest incentive to use the service to reduce their costs when those costs are high. And the company might struggle to keep onboarding new users and growing its revenue if American drug manufacturers are effectively forced to price their drugs to be competitive internationally rather than just in the U.S.

The other side of the coin is that the legislation doesn’t pertain to the cost that the customer pays at the pharmacy, but rather to the price set by manufacturers. That’s an important wrinkle because it means that GoodRx could still help people find the lowest prices among pharmacies.

READ:  Why I Just Bought These 3 High-Growth Tech Stocks

And GoodRx still makes money when people buy generic drugs, too. So, if the legislation means that certain previously unaffordable drugs end up losing their exclusivity and being replaced by newly released generics, it might even make more money than it did before.

Changes to Medicare could be a boon for Clover Health

There are a few legislative issues in play that could be huge for Clover investors. The first is contained in the budget proposal, which is currently in Congress. In the proposal is an expansion of Medicare coverage to include vision care, hearing care, and dental benefits. Right now, many seniors are only covered for those things through their privately administered Medicare Advantage plan, like what Clover offers.

If the legislation passes, it’ll remove a big incentive for consumers to sign up for the company’s Advantage plans because some of the added coverage will become much cheaper or even free. And the company might end up spending more money to earn its revenue from directly contracting with Medicare if it’s forced to cover more services. That just might be an existential crisis for Clover Health, if not for another provision in the proposal.

While things could change a lot before being signed into law, right now it looks like the budget might also include lowering the age of eligibility for Medicare benefits to 60. That would have a highly beneficial impact for Clover’s top line, as it would substantially increase their total addressable market. And younger people tend to have fewer health issues, which would make them cheaper to insure, supporting higher margins.

Then there’s the potential impact of drug price legislation. If high prescription costs are a significant factor in driving seniors to seek Medicare Advantage coverage for drugs that the publicly available Medicare plans don’t cover, the company might experience less demand for its services. However, reduced drug costs could still play out in its favor overall, as Clover wouldn’t need to pay as much to cover its existing customers.

So, while Clover faces some uncertainty with upcoming legislation, there are still plenty of reasons to be optimistic about its future.

What is the theme song in Nine Perfect Strangers?

Are Adele and Skepta dating? – The US Sun 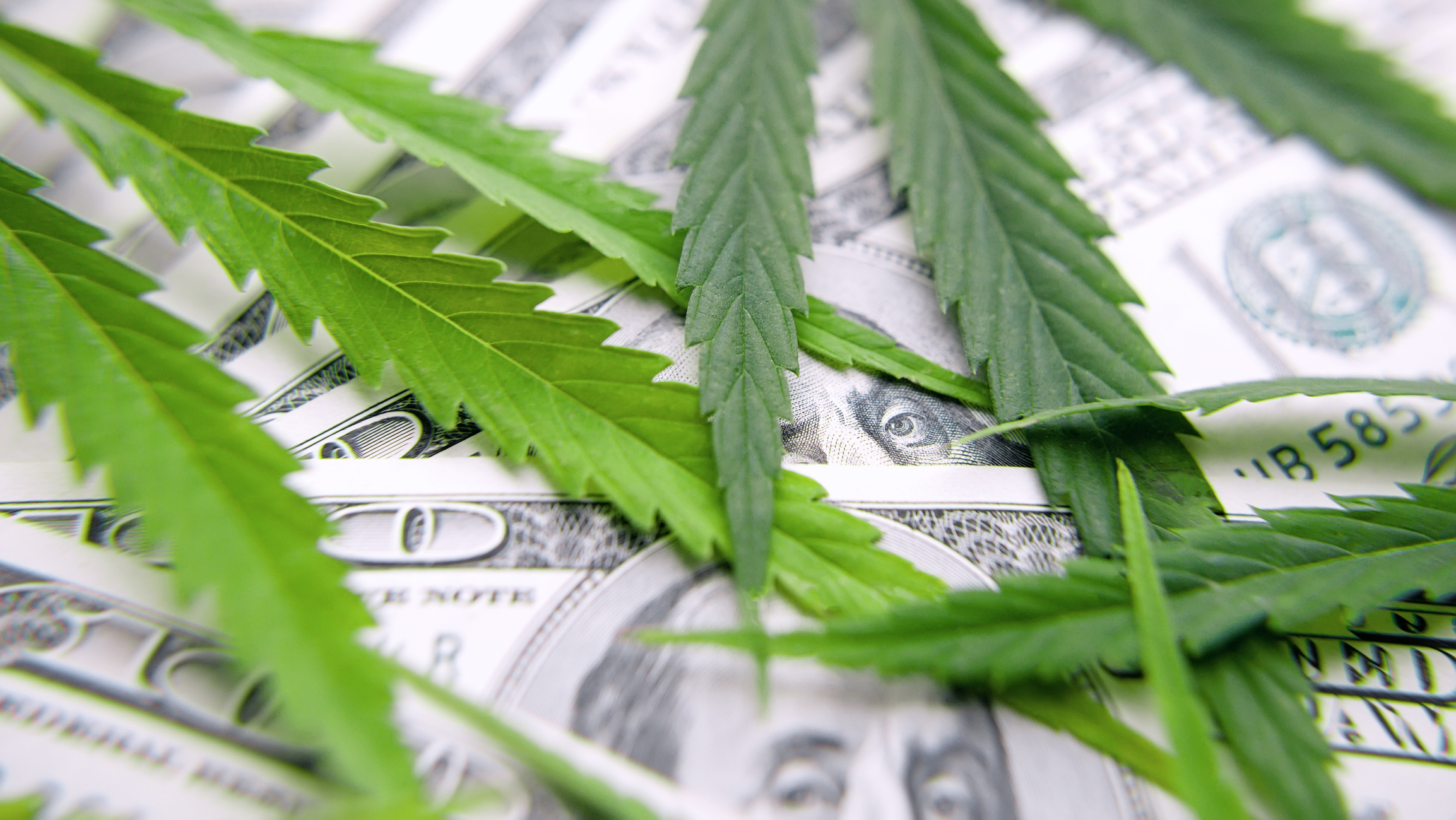 Could Sundial Growers Be a Millionaire-Maker Stock? 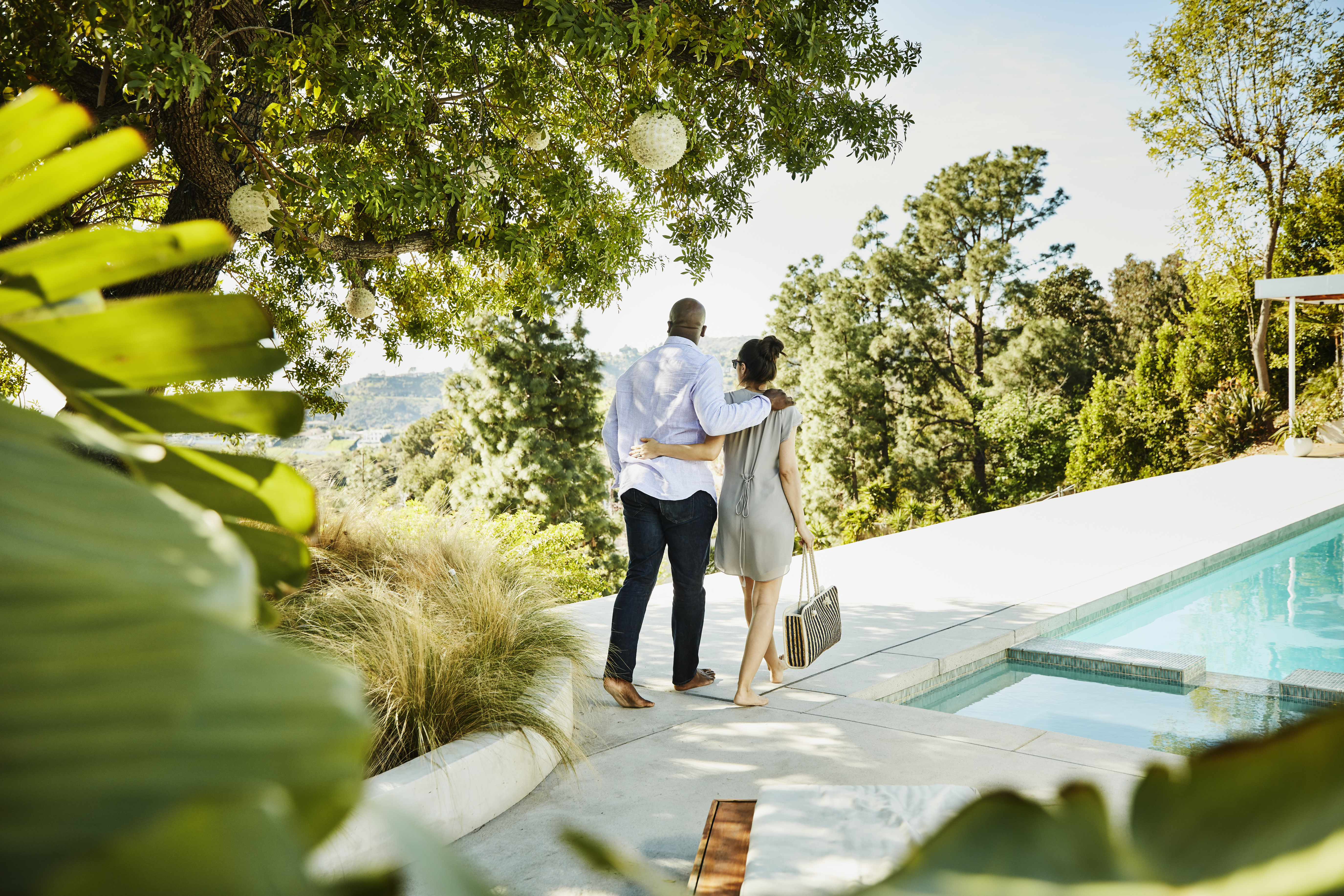