Bạn đang xem: The Smartest Billionaires on Wall Street Are Buying Up These 3 Stocks Tại seattlecommunitymedia.org

This quarter’s 13F filings are out, revealing what many top hedge funds bought and sold last quarter, ended Dec. 31. 13Fs are always interesting, and while they shouldn’t necessarily guide your investment decisions, they are potential sources of new ideas.

Of the myriad hedge funds out there, I respect and follow each of the following funds and family offices. While these three funds’ top picks last quarter have all made big moves to the upside since December, the following stocks all still look promising, and are worth putting on your 2021 watchlist at the very least. 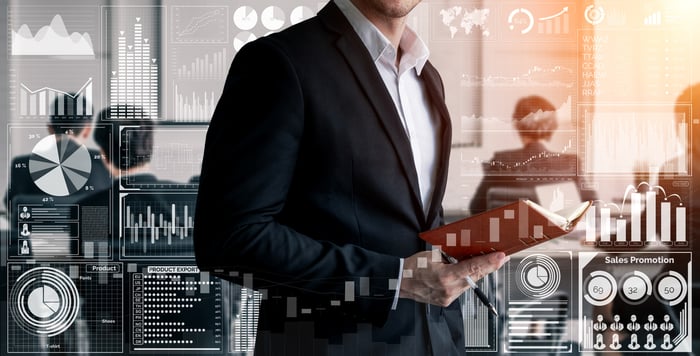 First up is David Tepper’s Appaloosa Management. Tepper started up Appaloosa in 1993 and garnered an enviable track record before “retiring” in 2019 and turning Appaloosa into a family office. Oh by the way, Tepper also owns the Carolina Panthers football team.

Appaloosa is still large enough that it must file 13Fs even as a family office, and last quarter it revealed a big purchase in Occidental Petroleum (NYSE:OXY). Though Occidental only made up 2.1% of the portfolio at quarter-end and is Appaloosa’s twelfth-largest position, it was Appaloosa’s largest new purchase during the fourth quarter.

It’s likely that Appaloosa sees Occidental as a leveraged play on an economic reopening, and that the purchase was likely made on news of a COVID-19 vaccine in November. Not only is Occidental highly leveraged to oil prices, but the company itself is highly leveraged, after the huge $55 billion acquisition of Anadarko Petroleum in late 2019 left it with a massive $38 billion-plus debt load. However, the acquisition also left Occidental with synergistic, high-quality assets in U.S. Delaware Basin of the Permian Shale region of Texas, where it has 36% of the 100 best-performing wells.

Prior to the vaccine news, Occidental was severely distressed, given last year’s collapse in oil prices, forcing it to cut its dividend. However, the stock has just about tripled from recent low levels in late October. It appears to be another winning contrarian bet from Tepper, who is well-known for investing against consensus in low-valued stocks — and turning out to be correct.

Elliott doubles down on Dell

Elliott Management is a massive $73.5 billion hedge fund run by Paul Singer, and is known for taking activist positions in the companies in which it invests. Though it wasn’t Elliott’s largest purchase last quarter, Elliott did add 3% to its largest overall stake in Dell Technologies (NYSE:DELL), which made up a whopping 17.6% of the portfolio at the end of December.

Elliott has had a long-standing position in Dell, initially taking a position in the former tracking stock DVMT, which tracked the value of Dell’s 80%-plus stake in VMware (NYSE:VMW) following Dell’s massive acquisition of EMC in 2016. Elliott had initially gone activist in DVMT, agitating for Dell to buy out DVMT at a higher price than first proposed. Dell eventually bought out holders of the tracking stock with both cash and Dell shares, which initially came to market in 2018 around $46 per share. Dell shares currently trade around $80 per share, so apparently Elliott thinks Dell’s prospects have improved even since that time.

It’s not hard to understand why Elliott remains bullish. Dell has announced its intention to potentially spin off its 80%-plus stake in VMware this September, which has the rest of its shares free-floating in the market. September would mark the five-year anniversary of the EMC transaction, and a spinoff would therefore become come tax-free to shareholders at that point.

That could create serious value, since the non-VMware parts of Dell are currently trading for a very low price when stripping out the readily identifiable value of Dell’s VMware stake.

Finally, Stan Druckenmiller is an investing legend, founding Duquesne in the 1980s and working with George Soros around that time as well. Like Tepper, Druckenmiller converted Duquesne to a family office in 2010, but still files 13Fs.

Duquesne made a number of big bets last quarter, but its largest increase went to leading cybersecurity firm Palo Alto Networks (NYSE:PANW). There are a couple good reasons for Druckenmiller’s big Palo Alto buy. First, the massive hack of software firm SolarWinds (NYSE:SWI) and its clients shone a spotlight on the importance of cybersecurity, and the entire sector got a massive boost in December when that unfortunate bit of news came to light.

Second, Palo Alto continued to add to its arsenal of cyber tools in November, buying private cyber company Expanse for $670 million, or $800 million if including earn-outs. Expanse is an interesting company that monitors the entire global internet for potential threats pre-emptively, tracking billions of traffic flows and making one trillion decisions every day. Instead of reacting to nefarious behavior on a client’s own network, Expanse allows Palo Alto’s clients to detect suspicious activity or vulnerabilities before they happen. There’s also reason to think Palo Alto got Expanse for a great price, as Palo Alto only paid 11.9 times revenue for a company that grew its average revenue run-rate by 100% last year.

More broadly, Palo Alto is the legacy cyber player that has perhaps adapted the best to the new cloud-based environment, both through organic investments and tuck-in acquisitions like Expanse. Although its core firewall product is still the star of the show and growing in the mid-teens, the smaller cloud and AI division, which includes next-gen cloud security tools and makes up about 10% of revenues, is the future. That segment is projected to grow a whopping 90% this year.

As we’ve seen in other cases, a high-quality company with a smaller, high-growth sub-segment is sometimes able to maintain or even accelerate its growth rate for years as that smaller segment becomes a bigger and bigger part of the overall pie. Given the tailwinds in cyber-security broadly, it wouldn’t be a surprise to see Palo Alto achieve that feat in 2021 and beyond. 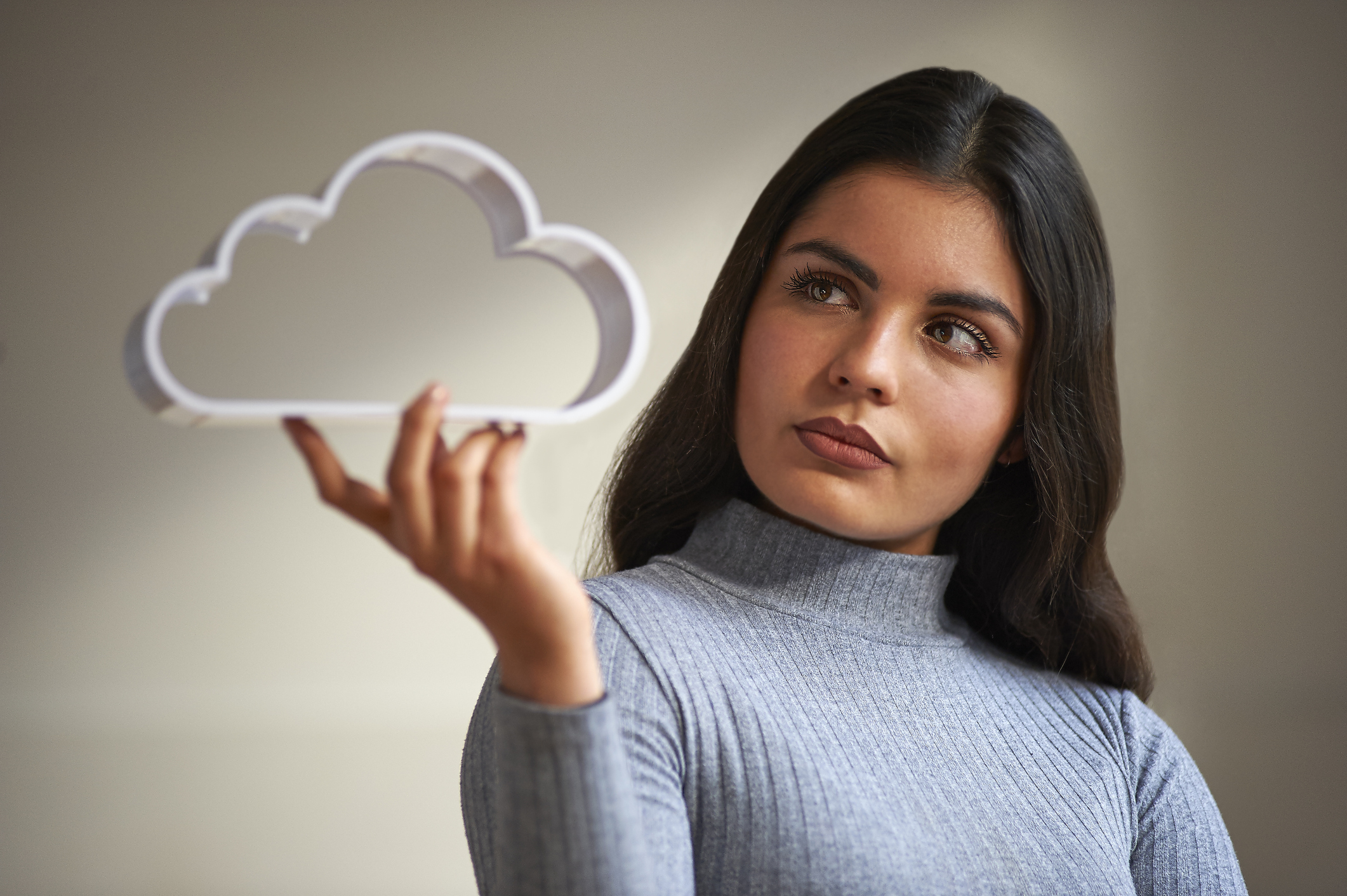 3 Things to Look for in IBM’s Next Earnings Report 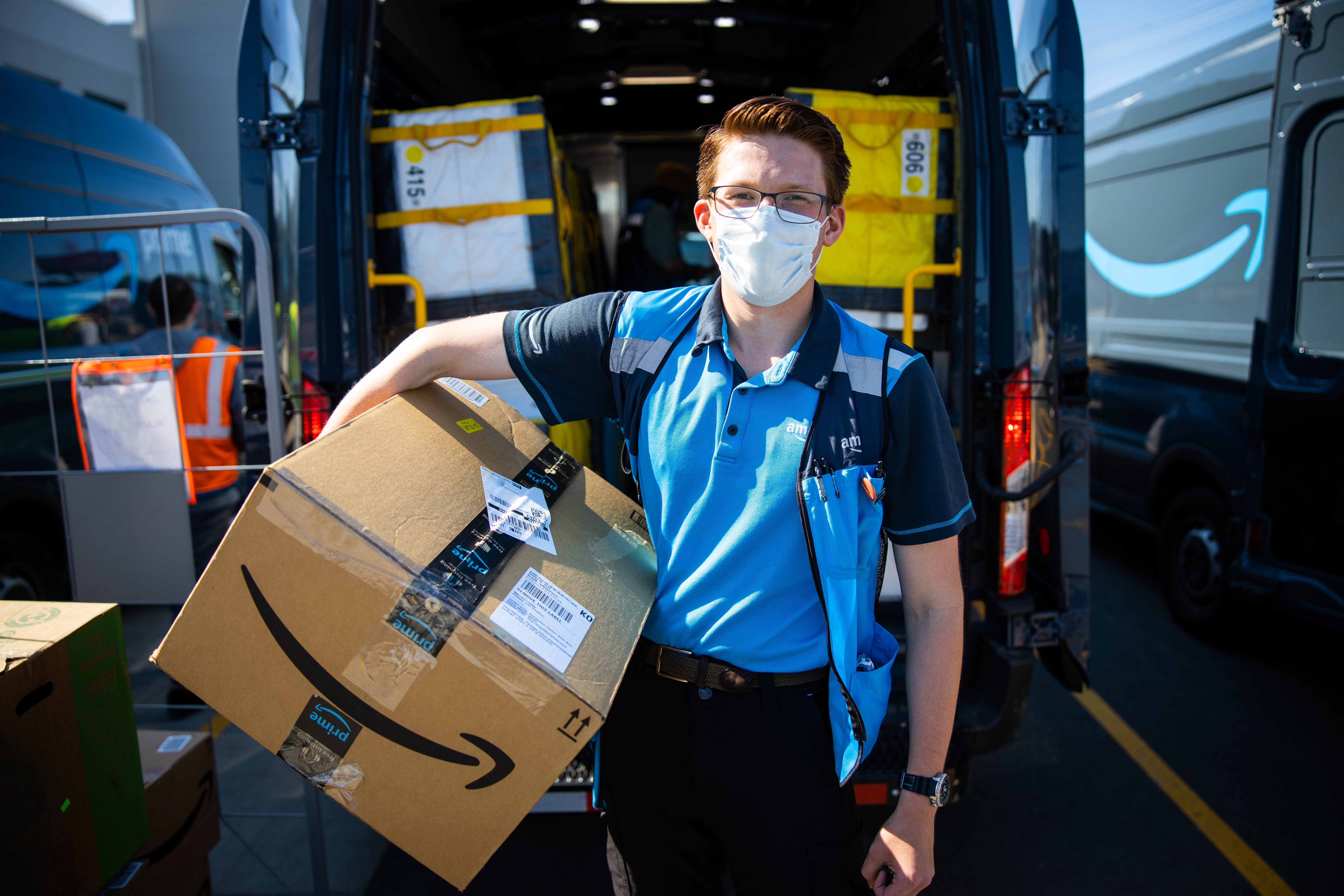 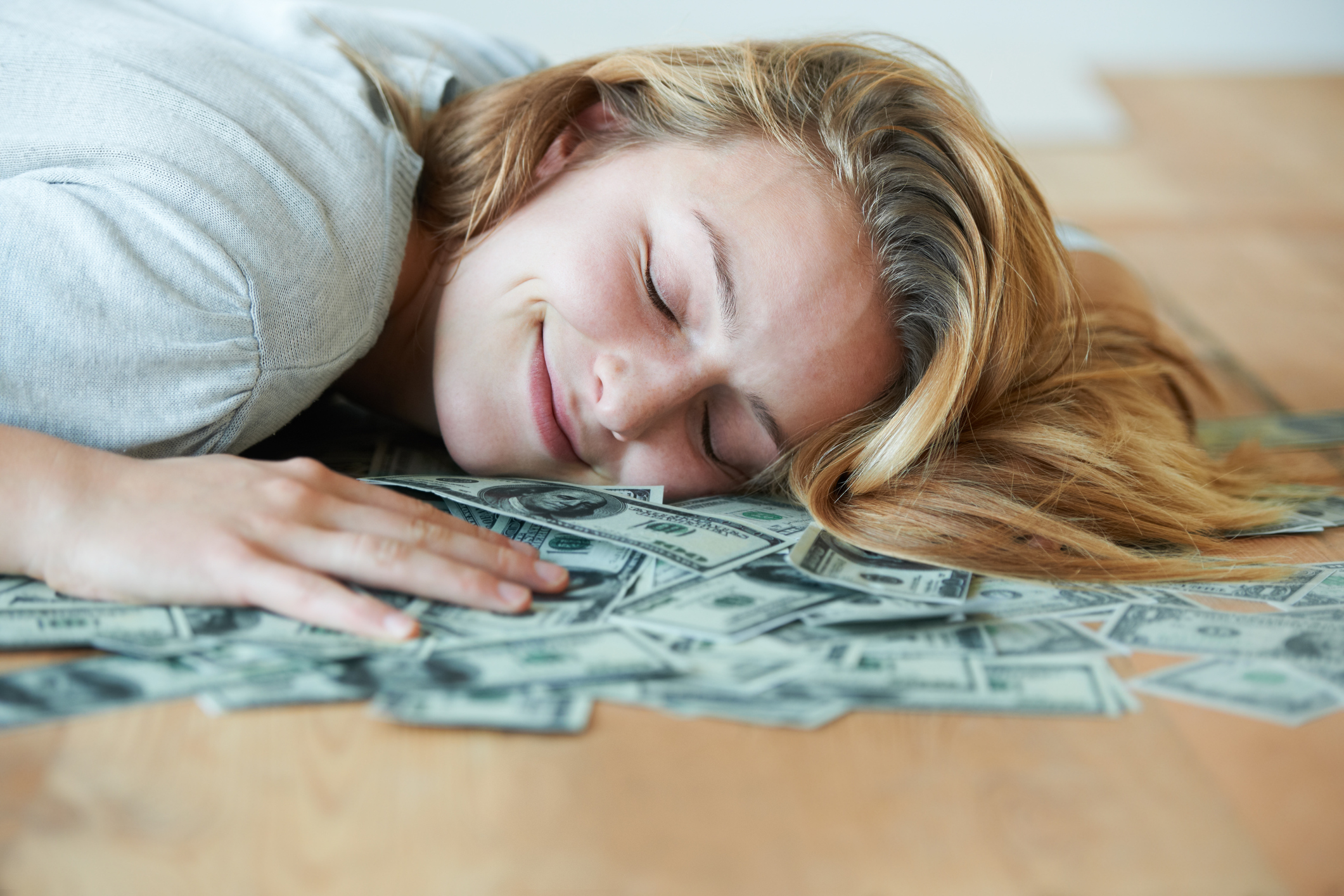 Lessons From My 20,000%-Gaining Stock — and Other Big Winners 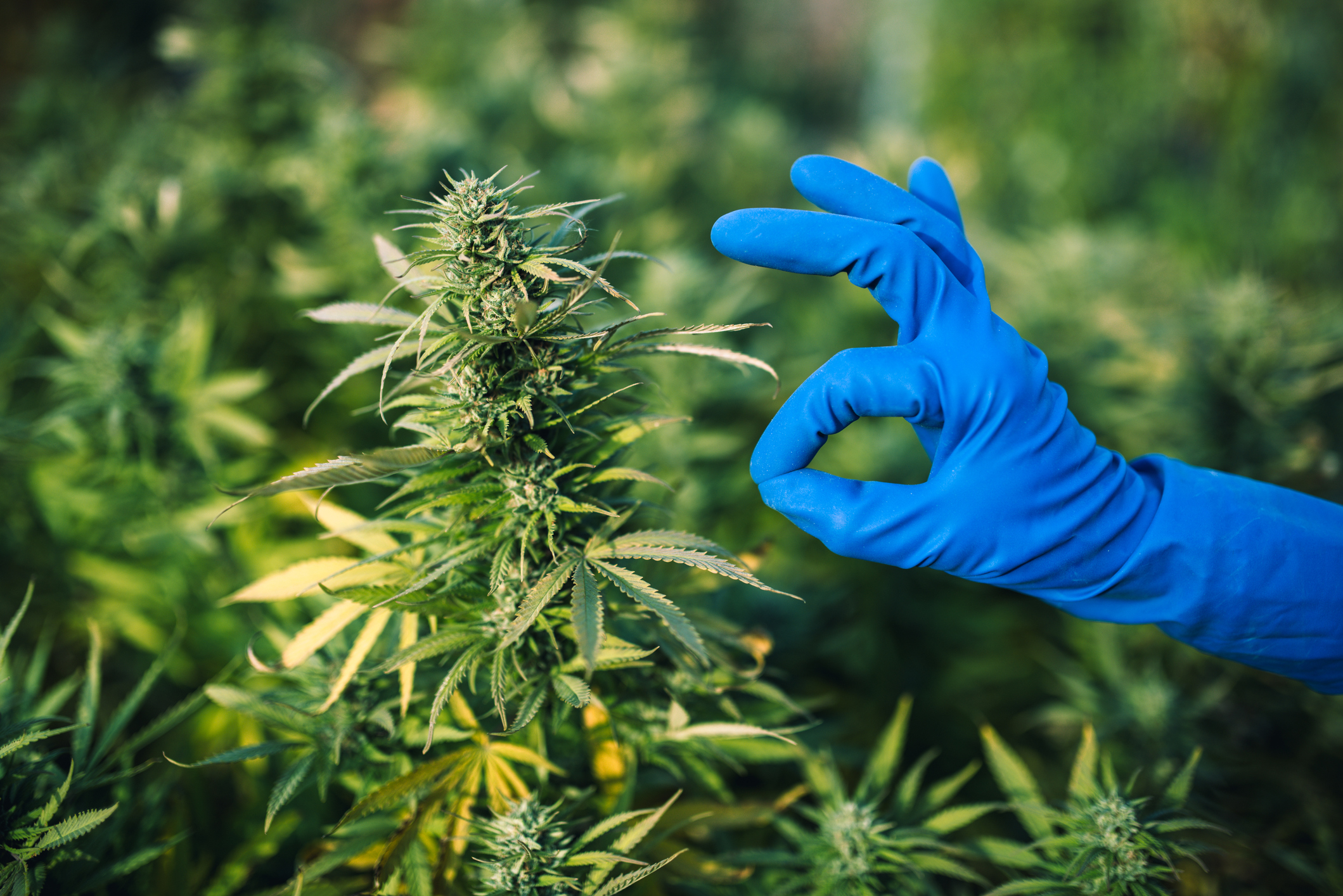 Why Marijuana Stock Aphria Climbed as High as 15% Today