On March 11, President Joe Biden signed a sweeping $1.9 trillion coronavirus aid package into law. That bill includes boosted unemployment benefits, an enhanced Child Tax Credit, expanded health insurance subsidies, and a third round of stimulus checks worth up to $1,400. But while the public may need to wait to receive some of that aid, stimulus payments won’t be delayed at all. In fact, the White House announced yesterday that stimulus funds could start hitting Americans’ bank accounts as early as this weekend.

The IRS has a well-oiled system in place for sending out stimulus payments by direct deposit. As such, those eligible for an electronic funds transfer could see that money hit in a matter of days. Though not all direct deposits will go out at once, it’s fair to say that those getting their money electronically will see it well before the end of March.

Stimulus funds that need to go out by mail, however, are a different story. Like the previous stimulus round, recipients will either get a check or a debit card with stimulus funds, but those can’t all go out at once. Rather, they’ll be staggered so that while some people may get a check or debit card in the mail later in March, many recipients won’t get their stimulus until April. And, it’s possible that payments will linger into May given the number of people who are in line for those checks.

Of course, the fact that stimulus funds are being expedited is a good thing, because while the new relief bill clearly includes a host of provisions designed to help the public, the rest of that aid won’t go out immediately. The expanded Child Tax Credit, for example, allows parents to receive payments on a monthly basis. Previously, those funds were only available as a one-time payment, and they could only be claimed in conjunction with filing a tax return. But at this point, it looks like those monthly payments under the expanded credit won’t begin until July.

Furthermore, while some workers on unemployment may get their extended benefits right away (the last relief bill extended them through mid-March only, so they’re about to run out for a lot of people), others may see a gap in payments as states attempt to update their often-outdated systems as per the new relief bill. The fact that stimulus funds are being distributed without delay could really help compensate for any sort of benefit lapse.

Who’s getting a stimulus?

Not everyone who received a stimulus payment under the first two rounds will be eligible this time around. After pleas from Republican lawmakers to provide more targeted aid, Democrats narrowed the thresholds at which stimulus funds are cut off completely.

Still, most of the people who were entitled to a previous stimulus payment will be in line for the upcoming round. And with any luck, they’ll see that money very, very soon.

Will It Really Take 4 Years for the Nasdaq's Hottest Stock to Hit $3,000 per Share?

Can You Earn Credit Card Points From Gift Card Purchases? 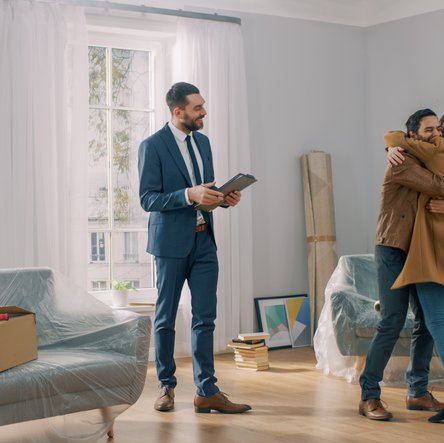 Buying a Home This Year? 3 Ways to Win a Bidding War

What Credit Score Do I Need for a Discover Credit Card?