Riba is a concept in Islam that refers broadly to the concept of growth, increasing, or exceeding, which in turn forbids interest credited from loans or deposits. The term “riba” has also been roughly translated as the pursuit of illegal, exploitative gains made in business or trade under Islamic law, akin to usury.

Riba is a concept in Islamic banking that refers to charged interest. It has also been referred to as usury, or the charging of unreasonably high-interest rates. There is also another form of riba, according to most Islamic jurists, which refers to the simultaneous exchange of goods of unequal quantities or qualities. Here, however, we will be referring to the practice of charged interest.

Riba is prohibited under Shari’ah law for a couple of reasons. It is meant to ensure equity in exchange. It is meant to ensure that people can protect their wealth by making unjust and unequal exchanges illegal. Islam aims to promote charity and helping others through kindness. To remove sentiments of selfishness and self-centeredness, which can create social antipathy, distrust, and resentment. By making riba illegal, Shari’ah law creates opportunities and contexts in which people are encouraged to act charitably—loaning money without interest.

Because interest is not allowed, Murabaha, also referred to as cost-plus financing, is an Islamic financing structure in which the seller and buyer agree to the cost and markup of an asset. The markup takes place of interest. As such, murabaha is not an interest-bearing loan (qardh ribawi) but is an acceptable form of credit sale under Islamic law. As with a rent-to-own arrangement, the purchaser does not become the true owner until the loan is fully paid.

It is forbidden under Shari’ah Law (Islamic religious law) because it is thought to be exploitative. Though Muslims agree that riba is prohibited, there is much debate over what constitutes riba, whether it is against Shari’ah law, or only discouraged, and whether or not it should be punished by people or by Allah. Depending on the interpretation, riba may only refer to excessive interest; however, to others, the whole concept of interest is riba and thus is unlawful.

For example, even though there is a wide spectrum of interpretation on the point at which interest becomes exploitative, many modern scholars believe that interest should be allowed up to the value of inflation, to compensate lenders for the time value of their money, without creating excessive profit. Nevertheless, riba was largely taken as law and formed the basis of the Islamic banking industry.

READ:  7 Tips to Improve Field Service Automation in Your Business

The Muslim world has struggled with riba for quite some time, religiously, morally, and legally, and eventually, economic pressures did allow for a loosening of religious and legal regulation, at least for a period. In his book, Jihad: The Trail of Political Islam, Giles Kepel wrote that “since modern economies function on the basis of interest rates and insurance as preconditions for productive investment, many Islamic jurists racked their brains to find ways of resorting to them without appearing to bend the rules laid down by the Koran,” and “the problem loomed ever larger as more and more Muslim states entered the world economy in the 1960s.” This loosening of economic policy lasted until the 1970s when a “total ban on lending with interest was reactivated.”

Why Coca-Cola Is a Dividend Investor's Dream

Use These 9 Simple Rituals for Perfect Financial Hygiene

5 Marketing Strategies to Promote Your Winery 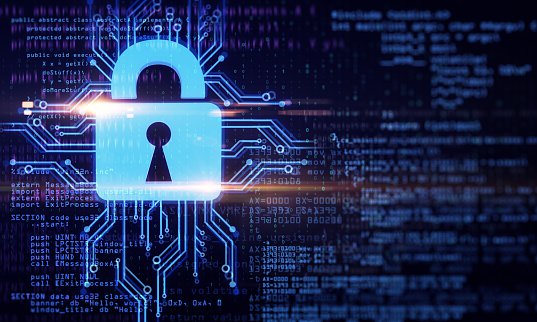 A Small Business Guide to the Digital Signature Certificate