What Is Multiplier Effect?

The multiplier effect refers to the proportional amount of increase, or decrease, in final income that results from an injection, or withdrawal, of spending.

Generally, economists are usually the most interested in how capital infusions positively affect income. Most economists believe that capital infusions of any kind—whether it be at the governmental or corporate level—will have a broad snowball effect on various aspects of economic activity.

The multiplier effect can be seen in several different types of scenarios and used by a variety of different analysts when analyzing and estimating expectations for new capital investments.

For example, assume a company makes a $100,000 investment of capital to expand its manufacturing facilities in order to produce more and sell more. After a year of production with the new facilities operating at maximum capacity, the company’s income increases by $200,000. This means that the multiplier effect was 2 ($200,000/$100,000). Simply put, every $1 of investment produced an extra $2 of income.

Many economists believe that new investments can go far beyond just the effects of a company’s income. Thus, depending on the type of investment, it may have widespread effects on the economy at large. A key tenet of Keynesian economic theory is the notion that economic activity can be easily influenced by investments causing more income for companies, more income for workers, more supply, and ultimately greater aggregate demand. Therefore, on a macro level, different types of economic multipliers can be used to help measure the impact that changes in investment have on the economy.

Some economists also like to factor in estimates for savings and consumption. This involves a slightly different type of multiplier. When looking at savings and consumption, economists might measure how much of the added economic income consumers are saving versus spending. If consumers save 20% of new income and spend 80% of new income then their marginal propensity to consume (MPC) is 0.8. Using an MPC multiplier, the equation would be:

Therefore, in this example, every new production dollar creates extra spending of $5.

Economists and bankers often look at a multiplier effect from the perspective of banking and money supply. This multiplier is called the money supply multiplier or just the money multiplier. The money multiplier involves the reserve requirement set by the Board of Governors of the Federal Reserve System and it varies based on the total amount of liabilities held by a particular depository institution. The most recent Federal Reserve reserve requirements prior to the Covid-19 pandemic mandated that institutions with more than $127.5 million have reserves of 10%. This changed as the Fed responded to the Covid-19 pandemic by eliminating these requirements to free up liquidity.

In general, there are multiple levels of money supply across the entire U.S. economy. The most familiar ones to the general public are:

When a customer makes a deposit into a short-term deposit account, the banking institution can lend one minus the reserve requirement to someone else. While the original depositor maintains ownership of their initial deposit, the funds created through lending are generated based on those funds. If a second borrower subsequently deposits funds received from the lending institution, this raises the value of money supply even though no additional physical currency actually exists to support the new amount.

For example, when looking at banks with the highest required reserve requirement ratio, which was 10% prior to Covid-19, their money supply reserve multiplier would be 10 (1/.10). This means every one dollar of reserves should have $10 in money supply deposits.

Looking at the example below provides some additional insight.

Looking at the money multiplier in terms of reserves helps one to understand the amount of expected money supply. In this example, $651 equates to reserves of $65.13. If banks are efficiently using all of their deposits, lending out 90%, then reserves of $65 should result in a money supply of $651.

What Is a Multiplier?

In economics, a multiplier broadly refers to an economic factor that, when changed, causes changes in many other related economic variables. The term is usually used in reference to the relationship between government spending and total national income. In terms of gross domestic product, the multiplier effect causes changes in total output to be greater than the change in spending that caused it.

How Does the Multiplier Effect Fit into Keynesian Economics?

The multiplier effect is one of the chief components of Keynesian countercyclical fiscal policy. A key tenet of Keynesian economic theory is the notion an injection of government spending eventually leads to added business activity and even more spending which boosts aggregate output and generates more income for companies, This would translate to more income for workers, more supply, and ultimately greater aggregate demand.

How Is the Multiplier Effect Related to MPC?

The magnitude of the multiplier is directly related to the marginal propensity to consume (MPC), which is defined as the proportion of an increase in income that gets spent on consumption. For example, if consumers save 20% of new income and spend the rest then their MPC would be 0.8 {1 – 0.2}. The multiplier would be 1 ÷ (1 – 0.8) = 5. So, every new dollar creates extra spending of $5. Essentially, spending from one consumer becomes income for a business that then spends on equipment, worker wages, energy, materials, purchased services, taxes and investor returns. When a worker from that business spends their income it perpetuates the cycle.

What Is Axie Infinity (AXS), and Should You Buy It? 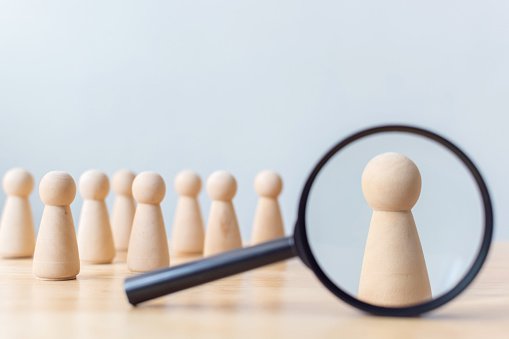 5 Recruiting Ideas to Grow Your Small Business in 2021