What Are Mergers and Acquisitions (M&A)?

Mergers and acquisitions (M&A) is a general term that describes the consolidation of companies or assets through various types of financial transactions, including mergers, acquisitions, consolidations, tender offers, purchase of assets, and management acquisitions.

The term M&A also refers to the desks at financial institutions that deal in such activity.

The terms mergers and acquisitions are often used interchangeably, however, they have slightly different meanings.

When one company takes over another and establishes itself as the new owner, the purchase is called an acquisition.

On the other hand, a merger describes two firms, of approximately the same size, that join forces to move forward as a single new entity, rather than remain separately owned and operated. This action is known as a merger of equals. Case in point: Both Daimler-Benz and Chrysler ceased to exist when the two firms merged, and a new company, DaimlerChrysler, was created. Both companies’ stocks were surrendered, and new company stock was issued in its place.

A purchase deal will also be called a merger when both CEOs agree that joining together is in the best interest of both of their companies.

M&A deals generate sizable profits for the investment banking industry, but not all mergers or acquisition deals close.

Types of Mergers and Acquisitions

The following are some common transactions that fall under the M&A umbrella:

In a simple acquisition, the acquiring company obtains the majority stake in the acquired firm, which does not change its name or alter its organizational structure. An example of this type of transaction is Manulife Financial Corporation’s 2004 acquisition of John Hancock Financial Services, wherein both companies preserved their names and organizational structures.

Consolidation creates a new company by combining core businesses and abandoning the old corporate structures. Stockholders of both companies must approve the consolidation, and subsequent to the approval, receive common equity shares in the new firm. For example, in 1998, Citicorp and Travelers Insurance Group announced a consolidation, which resulted in Citigroup.

In a tender offer, one company offers to purchase the outstanding stock of the other firm at a specific price rather than the market price. The acquiring company communicates the offer directly to the other company’s shareholders, bypassing the management and board of directors. For example, in 2008, Johnson & Johnson made a tender offer to acquire Omrix Biopharmaceuticals for $438 million. Though the acquiring company may continue to exist—especially if there are certain dissenting shareholders—most tender offers result in mergers.

In an acquisition of assets, one company directly acquires the assets of another company. The company whose assets are being acquired must obtain approval from its shareholders. The purchase of assets is typical during bankruptcy proceedings, wherein other companies bid for various assets of the bankrupt company, which is liquidated upon the final transfer of assets to the acquiring firms.

In a management acquisition, also known as a management-led buyout (MBO), a company’s executives purchase a controlling stake in another company, taking it private. These former executives often partner with a financier or former corporate officers in an effort to help fund a transaction. Such M&A transactions are typically financed disproportionately with debt, and the majority of shareholders must approve it. For example, in 2013, Dell Corporation announced that it was acquired by its founder, Michael Dell.

How Mergers Are Structured

Mergers can be structured in a number of different ways, based on the relationship between the two companies involved in the deal:

Mergers may also be distinguished by following two financing methods, each with its own ramifications for investors.

As the name suggests, this kind of merger occurs when one company purchases another company. The purchase is made with cash or through the issue of some kind of debt instrument. The sale is taxable, which attracts the acquiring companies, who enjoy the tax benefits. Acquired assets can be written up to the actual purchase price, and the difference between the book value and the purchase price of the assets can depreciate annually, reducing taxes payable by the acquiring company.

With this merger, a brand new company is formed, and both companies are bought and combined under the new entity. The tax terms are the same as those of a purchase merger.

How Acquisitions Are Financed

A company can buy another company with cash, stock, assumption of debt, or a combination of some or all of the three. In smaller deals, it is also common for one company to acquire all of another company’s assets. Company X buys all of Company Y’s assets for cash, which means that Company Y will have only cash (and debt, if any). Of course, Company Y becomes merely a shell and will eventually liquidate or enter other areas of business.

How Mergers and Acquisitions Are Valued

Both companies involved on either side of an M&A deal will value the target company differently. The seller will obviously value the company at the highest price possible, while the buyer will attempt to buy it for the lowest price possible. Fortunately, a company can be objectively valued by studying comparable companies in an industry, and by relying on the following metrics:

With the use of a price-to-earnings ratio (P/E ratio), an acquiring company makes an offer that is a multiple of the earnings of the target company. Examining the P/E for all the stocks within the same industry group will give the acquiring company good guidance for what the target’s P/E multiple should be.

With an enterprise-value-to-sales ratio (EV/sales), the acquiring company makes an offer as a multiple of the revenues while being aware of the price-to-sales (P/S) ratio of other companies in the industry.

In a few cases, acquisitions are based on the cost of replacing the target company. For simplicity’s sake, suppose the value of a company is simply the sum of all its equipment and staffing costs. The acquiring company can literally order the target to sell at that price, or it will create a competitor for the same cost. Naturally, it takes a long time to assemble good management, acquire property, and purchase the right equipment. This method of establishing a price certainly wouldn’t make much sense in a service industry wherein the key assets (people and ideas) are hard to value and develop.

How Do Mergers Differ from Acquisitions?

In general, “acquisition” describes a transaction, wherein one firm absorbs another firm via a takeover. The term “merger” is used when the purchasing and target companies mutually combine to form a completely new entity. Because each combination is a unique case with its own peculiarities and reasons for undertaking the transaction, use of these terms tends to overlap.

Why Do Companies Keep Acquiring Other Companies Through M&A?

Two of the key drivers of capitalism are competition and growth. When a company faces competition, it must both cut costs and innovate at the same time. One solution is to acquire competitors so that they are no longer a threat. Companies also complete M&A to grow by acquiring new product lines, intellectual property, human capital, and customer bases. Companies may also look for synergies. By combining business activities, overall performance efficiency tends to increase, and across-the-board costs tend to drop as each company leverages off of the other company’s strengths.

What Is a Hostile Takeover?

How Does M&A Activity Affect Shareholders?

Generally speaking, in the days leading up to a merger or acquisition, shareholders of the acquiring firm will see a temporary drop in share value. At the same time, shares in the target firm typically experience a rise in value. This is often due to the fact that the acquiring firm will need to spend capital to acquire the target firm at a premium to the pre-takeover share prices. After a merger or acquisition officially takes effect, the stock price usually exceeds the value of each underlying company during its pre-takeover stage. In the absence of unfavorable economic conditions, shareholders of the merged company usually experience favorable long-term performance and dividends.

Note that the shareholders of both companies may experience a dilution of voting power due to the increased number of shares released during the merger process. This phenomenon is prominent in stock-for-stock mergers, when the new company offers its shares in exchange for shares in the target company, at an agreed-upon conversion rate. Shareholders of the acquiring company experience a marginal loss of voting power, while shareholders of a smaller target company may see a significant erosion of their voting powers in the relatively larger pool of stakeholders.

What Is the Difference Between a Vertical and Horizontal Merger or Acquisition?

Vertical integration refers to the process of acquiring business operations within the same production vertical. A company that opts for vertical integration takes complete control over one or more stages in the production or distribution of a product. Apple, for example, acquired AuthenTec, which makes the touch ID fingerprint sensor technology that goes into its iPhones. 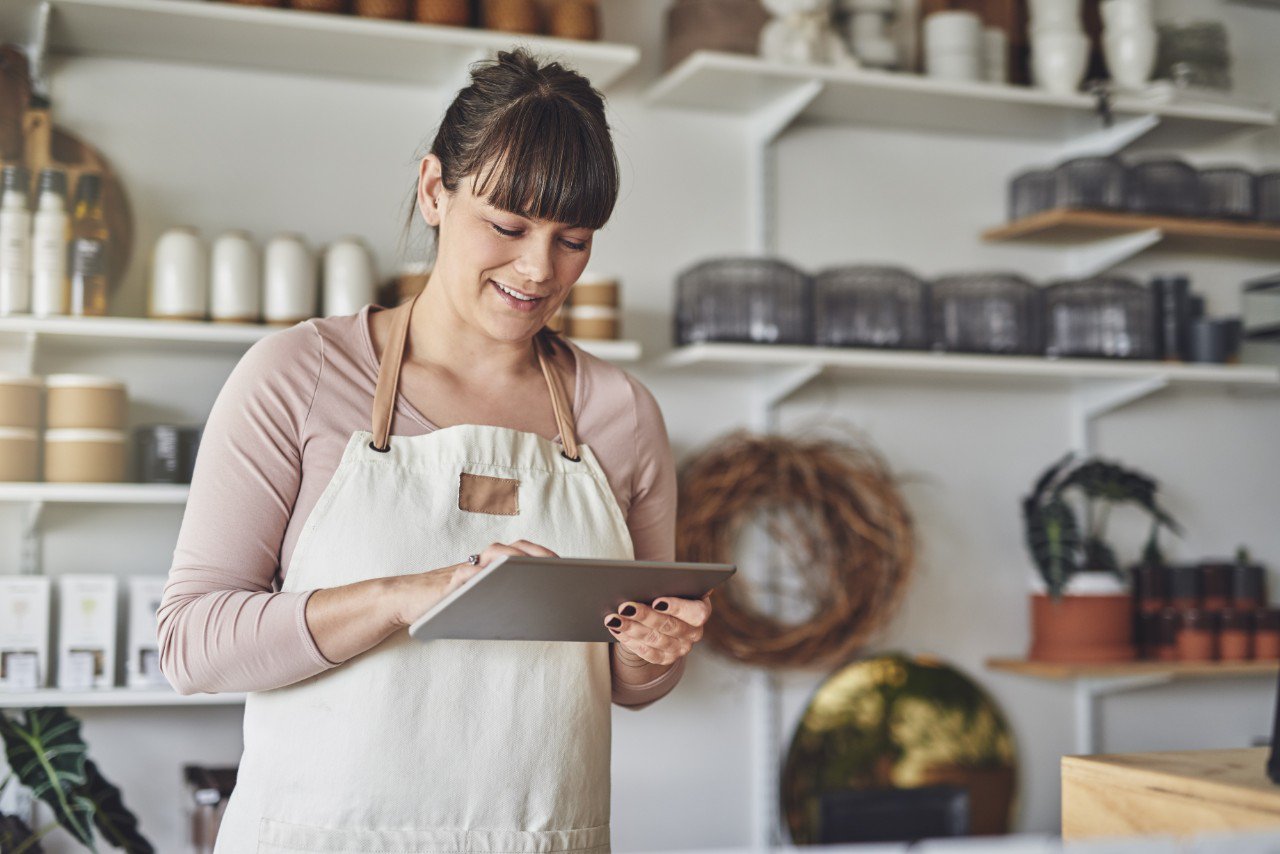 A Beginner’s Guide to Accumulated Depreciation