Shares of midstream energy giant Kinder Morgan (NYSE:KMI) are quietly outperforming the market this year. The energy sector as a whole has gotten a lift from higher oil and natural gas prices, and is so far the best performing sector of 2021.

Sporting close to a 7% dividend yield, shares of America’s largest natural gas pipeline company could be worth owning for income investors. Let’s break down the company’s 2020 earnings and 2021 forecast to see if it’s worth buying now. 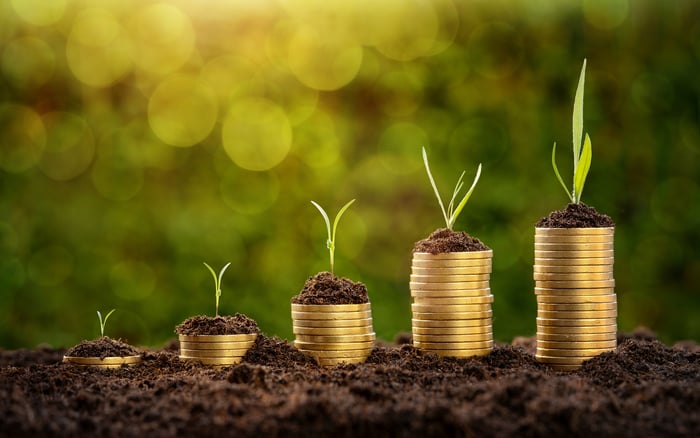 Like most companies in the oil and natural gas sector, Kinder Morgan had a down year in 2020. To its credit, its full-year distributable cash flow (DCF) and adjusted EBITDA only fell by 8% and 9%, respectively. All things considered, those weren’t bad results. And in fact, they’re actually quite impressive. 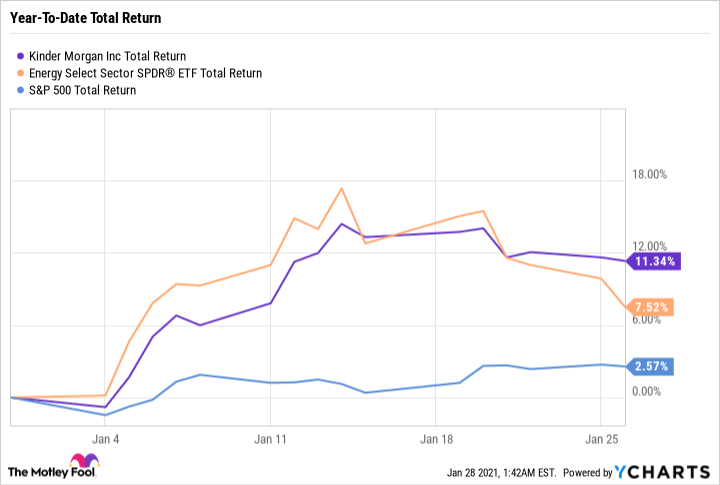 On April 22, just two days after May oil futures contracts turned negative, Kinder Morgan reported its first-quarter earnings and provided guidance for the full year. Sizing up the potential impacts of the pandemic, the company predicted 2020 DCF per share of $2.02 and adjusted EBITDA of $6.99 billion. Its actual results: $2.02 in DCF per share and $6.96 billion in adjusted EBITDA. Kinder Morgan had tweaked its guidance in the second quarter and again in the third quarter, so its fourth-quarter results ended up being slightly “better than expected.” But in reality, the company achieved about what it had predicted all along. 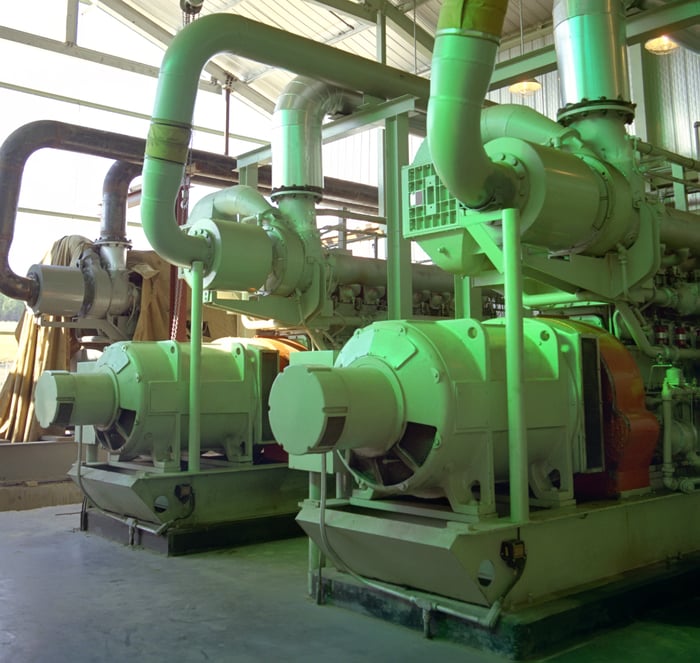 Kinder Morgan’s ability to accurately forecast its full-year results even in the face of high uncertainty stems from its long-term contracts with oil and natural gas extractors, which reduce the effects of short-term commodity price swings. This predictability forms the foundation of a good dividend stock. Kinder Morgan paid $1.04 per share in dividends in 2020. And it’s planning to pay $1.08 per share in 2021.

Income investors will love the fact that it generates DCF that’s nearly twice its annual dividend obligations. That coverage ratio means plenty of cash will be available to pay the dividend, with a surplus left over that can be reinvested in the business or used to pay down debt. This is a particularly appealing attribute in an oil and gas sector stock — the industry had a fair number of dividend cuts in 2020.

Kinder Morgan’s dividend is sizable — yielding nearly 6.8% at the time of this writing. This is over four times the yield of the S&P 500 at the moment. 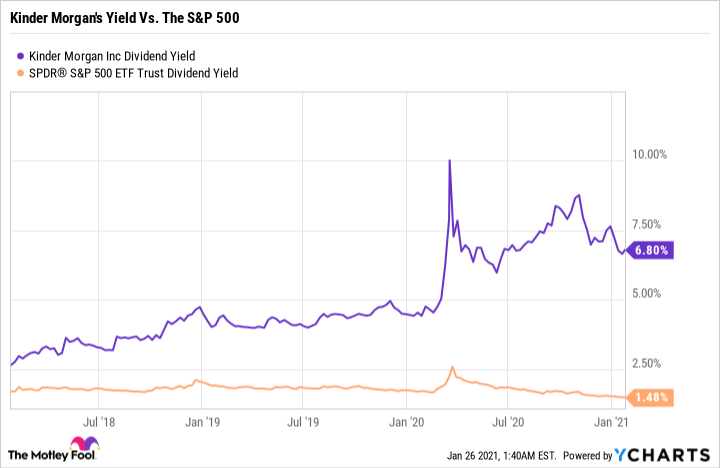 Kinder Morgan had originally forecast 2020 expansion capital (spending on new projects) of over $2.4 billion. Then the pandemic hit and it cut its spending plans back to $1.7 billion. Even with those lower outlays, the company was able to complete its long-anticipated Permian Highway Pipeline, which went into service under long-term contracts on Jan. 1 and fits nicely into its growing Texas natural gas infrastructure. It also forms the foundation of Kinder Morgan’s biggest growth driver, the export of liquefied natural gas (LNG) from the Gulf Coast to buyers overseas.

READ:  Here's Why IBM Is Wading Deeper Into Hybrid Cloud Waters (as It Should)

However, instead of increasing its expansion capital this year, Kinder Morgan is guiding for just $800 million in 2021. This is partially because it just completed major projects like the Permian Highway Pipeline and the Elba LNG liquefaction facility. But it also has to do with the company’s strict adherence to a policy of paying down debt and growing the dividend. The result is that the company is spending 65% less than it was five years ago. And its net long-term debt position has also decreased by more than 20%. 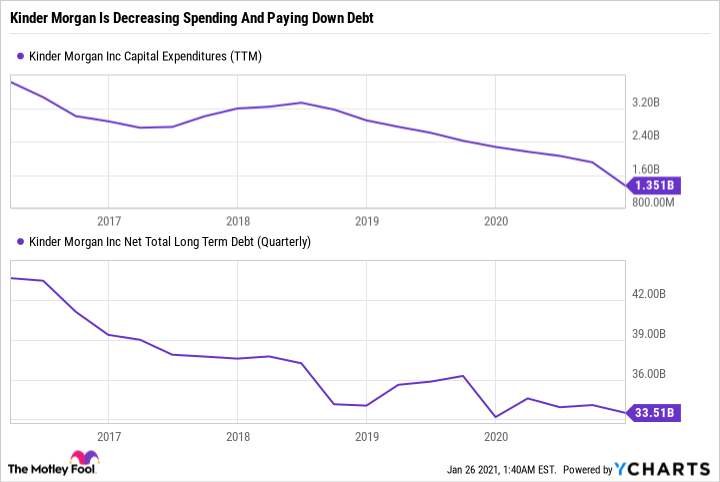 Reducing debt and preserving the dividend are admirable qualities to the extent that the company can sustain earnings over the long term. That becomes challenging, though, when you’re investing substantially less money into the business. Unsurprisingly, Kinder Morgan is guiding for $1.95 per share in DCF and adjusted EBITDA of $6.8 billion in 2021. If those forecasts prove accurate, it will earn 11% less DCF this year than it did in 2019 and 4% less than 2020. And its adjusted EBITDA will be 11% less than it was in 2019, and 3% less than in 2020.

Stagnant or slightly declining growth is a red flag for the long-term future of a company. Fortunately for Kinder Morgan, its best-performing segment, natural gas pipelines, also happens to be its largest. It generated 63% of 2020 adjusted EBITDA and 59% of 2019 adjusted EBITDA. Forecasts by the International Energy Agency suggest that natural gas has better long-term potential than oil or coal, and it can work well with renewables. The growth prospects for LNG, in particular, bode well for the U.S., which is on track to become the No. 1 exporter of LNG by 2025. What money Kinder Morgan is investing is mainly associated with expanding U.S. LNG export volumes.

READ:  Dick's Sporting Goods Has an Over 28% Upside, a New Analyst Says

It will be interesting to see if and when Kinder Morgan returns to growth. For now, though, the stock is a great income play because of its stable dividend and improving balance sheet. Investors shouldn’t expect much from it in terms of capital gains. But given how accurate its 2020 forecast was and its plans to grow its payout, shareholders can expect to receive at least $1.05 per share in dividends from the company this year. Investors looking for growth, though, should take a pass on Kinder Morgan in favor of other oil and gas stocks or high-growth wind energy stocks. 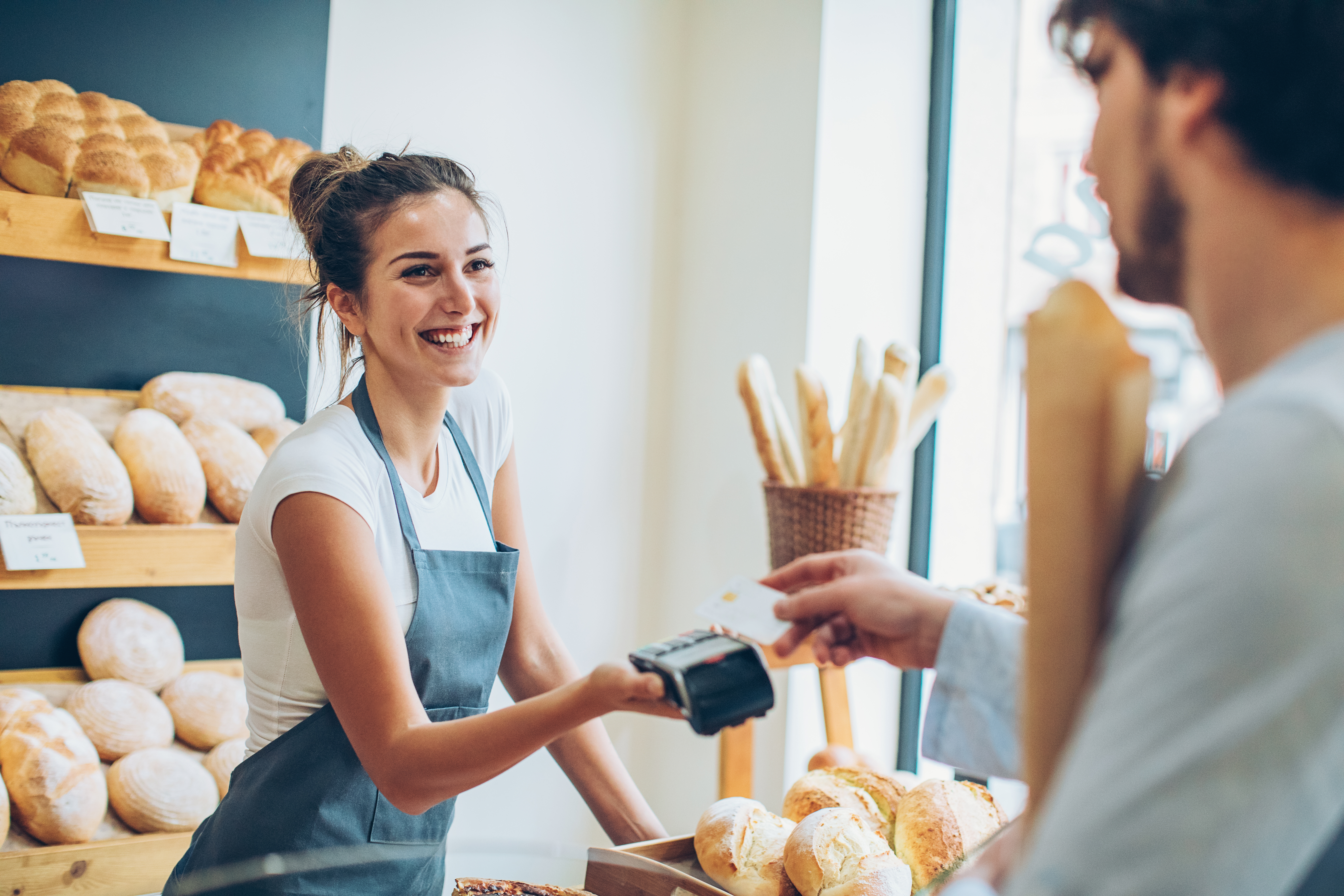 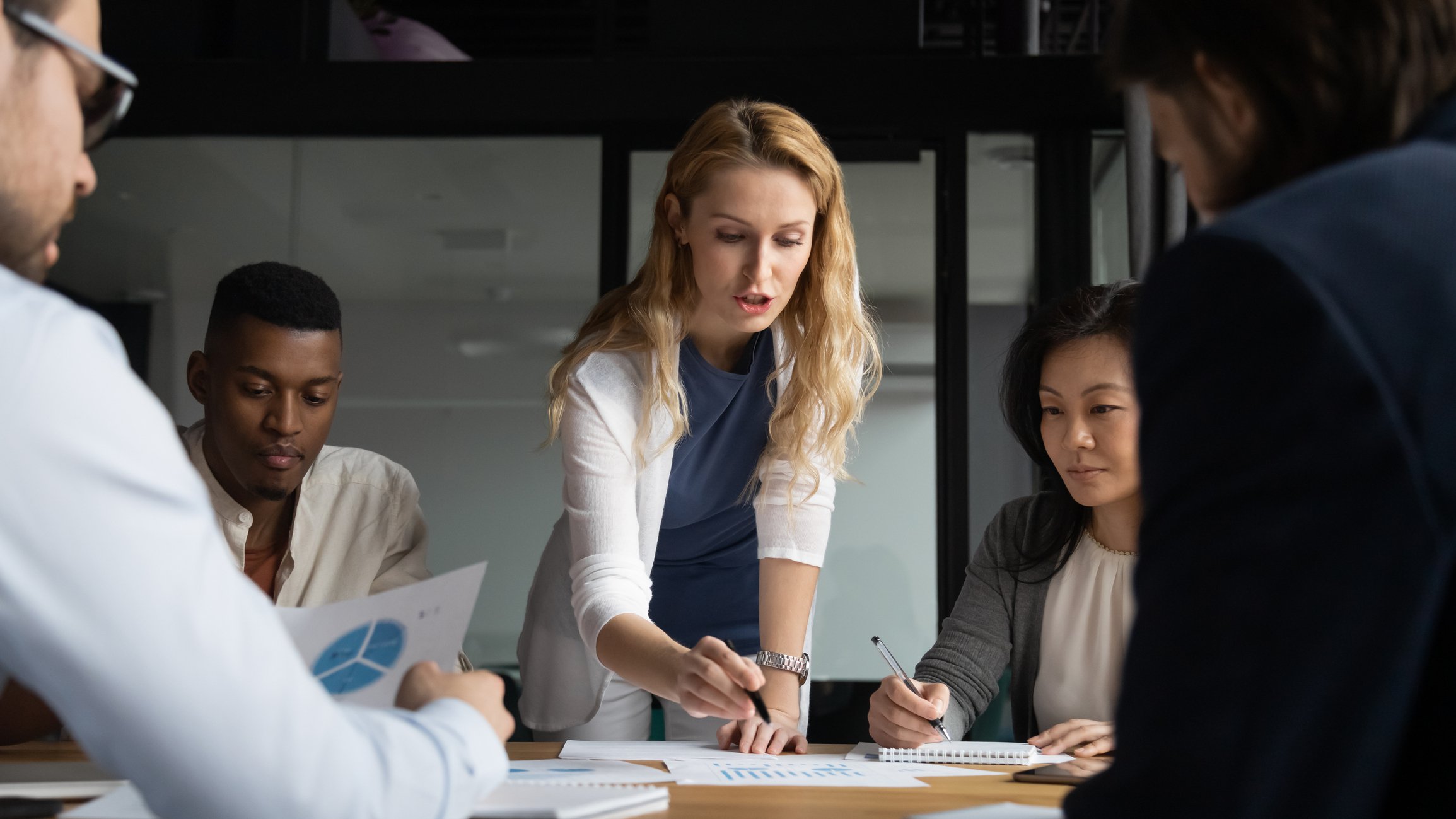