What Is a Hard Stop?

A hard stop is more of a concept than an actual order type. A hard stop presumes a price level that, if reached, will decisively trigger an order to sell an underlying security.

Hard stops are usually implemented as a stop order on an open position in a market. Such an order is likely set to be good until canceled (GTC) or filled, whichever comes first. When the designated price level is observed, the order may convert into a market order and the next available market price is taken as the trade. The key concept behind the hard stop is that the rule is uncompromising and must be followed regardless of other considerations.

A hard stop is placed in advance of an adverse move and remains active until the price of the underlying security moves beyond the stop level. A hard stop is one that is inflexible, unlike a mental stop, where a trader may have a price in mind, but really does not take action until they see their stop price traded–at which time they may or may not follow their expected rule to sell.

Traders convert a mental stop into a hard stop by merely creating a standing order and putting it into the system on a good-tll-canceled status. This takes away the need to be disciplined about following through on an exit order. This kind of order does not protect against gapping prices, but does have the advantage of getting out at the first possible price when trading resumes after it has gapped below the original stop price level.

Many traders will choose to set a hard stop once the price of their investment becomes profitable and will leave the order active until it reaches the price target. For example, a technical trader may buy a stock following a breakout from an ascending triangle and place a hard stop just below the upper trendline support with plans to either take profit when the price target is reached or exit the position if the breakout fails.

Hard stops are often used in conjunction with technical analysis to maximize the odds of success. By placing these orders just below support levels, traders can avoid being stopped out prematurely if the market experiences a whipsaw. For these reasons, fund managers with large positions are reluctant to use hard stops as part of their investing or trading strategies.

Trailing stop loss orders are a common alternative to hard stop orders, where the stop loss price point is reset on a regular basis to account for an increase in the underlying stock price. The idea is to constantly maintain a buffer without letting the stock drop too far before taking profits.

Example of a Hard Stop

Alternatively, the investor may wait until the stock reaches $20.00 per share since they will have earned $1,000 in profit. They may set a hard stop at $20.00 per share for 50 shares, which would effectively remove their cost basis from the position. The remaining 50 shares would be treated as house money in the sense that there is no net loss on the total 100 share position if they were to go to zero. This is known as taking money off the table.

READ:  How to Use the Times Interest Earned Ratio in Your Business

Should You Open an Account?| The Ascent by Motley Fool 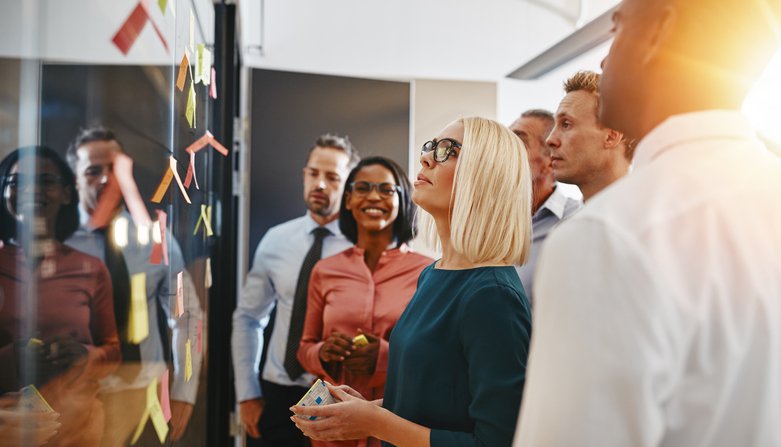 Agile vs. Waterfall: Which Should You Use in 2021?