Disequilibrium is a situation where internal and/or external forces prevent market equilibrium from being reached or cause the market to fall out of balance. This can be a short-term byproduct of a change in variable factors or a result of long-term structural imbalances.

Disequilibrium is also used to describe a deficit or surplus in a country’s balance of payments.

READ:  What Does 'Invisible Hand' Refer to in the Economy?

Sometimes, certain forces bring about a movement in the price of a commodity or service. When this happens the proportion of goods supplied to the proportion demanded becomes imbalanced, and the market for the product is said to be in a state of disequilibrium. This theory was originally put forth by economist John Maynard Keynes.

Many modern economists have likened using the term “general disequilibrium” to describe the state of the markets as we most often find them. Keynes noted that markets will most often be in some form of disequilibrium—there are so many variable factors that affect financial markets today that true equilibrium is more of an idea.

Market forces tend to restore disequilibrium states back to their equilibrium. This is because people stand to profit from buying underpriced assets and selling overpriced ones, leading arbitrageurs to push supply and demand back into balance.

Below is a hypothetical graph depicting supply and demand in the market for wheat. As the graph shows, the price at Pe is the single price that incentivizes both farmers (or suppliers) and consumers to engage in an exchange. At Pe, there is a balance in the supply and demand for wheat.

Following our graph for the wheat market, if prices increased to P2, suppliers will be willing to provide more wheat from their storage barns to sell in the market, since the higher price would cover their production costs and lead to higher profits. However, consumers may reduce the quantity of wheat that they purchase, given the higher price in the market. When this imbalance occurs, quantity supplied will be greater than quantity demanded, and a surplus will exist, causing a disequilibrium market.

The surplus in the graph is represented by the difference between Q2 and Q1, where Q2 is the quantity supplied and Q1 is the quantity demanded. Given the excess commodity supplied, suppliers will want to quickly sell the wheat before it gets rancid, and will proceed to reduce the sales price. Economic theory suggests that in a free market, the market price for wheat will eventually fall to Pe if the market is left to function without any interference.

What if the market price for wheat was P1 . At this price, consumers are willing to purchase more wheat (Q2) at the lower price. On the other hand, since the price is below the equilibrium price, suppliers will provide a smaller amount of wheat (Q1) to sell as the price may be too low to cover their marginal costs of production. In this case, when Pe falls to P1, there will be a shortage of wheat as the quantity demanded exceeds the quantity supplied for the commodity.

Since resources are not allocated efficiently, the market is said to be in disequilibrium. In a free market, it is expected that the price would increase to the equilibrium price as the scarcity of the good forces the price to go up.

There are a number of reasons for market disequilibrium. Sometimes, disequilibrium occurs when a supplier sets a fixed price for a good or service for a certain time period. During this period of sticky prices, if the quantity demanded increases in the market for the good or service, there will be a shortage of supply.

Another reason for disequilibrium is government intervention. If the government sets a floor or ceiling for a good or service, the market may become inefficient if the quantity supplied is disproportionate to the quantity demanded. For example, if the government sets a price ceiling on rent, landlords may be reluctant to rent out their extra property to tenants, and there will be excess demand for housing due to the shortage of rental property.

When a country’s current account is at a deficit or surplus, its balance of payments (BOP) is said to be in disequilibrium. A country’s balance of payments is a record of all transactions conducted with other countries during a given time period. Its imports and exports of goods are recorded under the Current Account section of the BOP. A significant deficit on the current account where imports are greater than exports would result in disequilibrium.

A balance of payments disequilibrium can occur when there is an imbalance between domestic savings and domestic investments. A deficit in the current account balance will result if domestic investments is higher than domestic savings since the excess investments will be financed with capital from foreign sources. In addition, when the trade agreement between two countries affects the level of import or export activities, a balance of payments disequilibrium will surface.

Furthermore, changes in an exchange rate when a country’s currency is revalued or devalued can cause disequilibrium. Other factors that could lead to disequilibrium include inflation or deflation, changes in the foreign exchange reserves, population growth, and political instability.

How Is Disequilibrium Resolved?

Disequilibrium is a result of a mismatch between the market forces of supply and demand. The mismatch is generally resolved through market forces or government intervention.

In the example of the labor market shortage above, the excess labor supply situation can be corrected either through policy proposals that address unemployed workers or through a process of investment in training workers to make them fit for new jobs. Within a market, innovations in manufacturing or supply chain, or technology can help address imbalances between supply and demand.

For example, suppose the demand for a company’s product has receded due to its expensive price. The company can regain its share of the market by innovating its manufacturing or supply chain processes for a lower product price. The new equilibrium, however, might be one where the company has a greater supply of its product in the market at a lower price.

Disequilibrium can happen relatively quickly in an otherwise stable market or can be a systematic characteristic of certain markets. As an example of the former, flash crashes are examples of market disequilibrium involving a mass of sequential sell orders that clear all bids, causing prices to fall dramatically in a rapid, downward spiral, made worse by algorithmic trading systems that detect the selloff and introduce new automated sell orders.

The first prominent flash crash occurred shortly after 2:30 p.m. EST on May 6, 2010, when the Dow Jones Industrial Average fell more than 1,000 points in just under 10 minutes, the biggest drop in history at that point. Within the hour, the Dow Jones index lost almost 9% of its value. Over one trillion dollars in equity was evaporated, although the market regained 70% by the end of the day.

Initial reports claiming that the crash was caused by a mistyped order proved to be erroneous, and the causes of the flash were attributed to a U.K. futures trader. who later pled guilty for attempting to “spoof the market” by quickly buying and selling hundreds of E-Mini S&P Futures contracts through the Chicago Mercantile Exchange (CME). According to an investigative report by the U.S. Securities and Exchange Commission (SEC), the Flash Crash of 2010 was triggered by a single order selling a large amount of E-Mini S&P contracts that created an unstable disequilibrium.

What Happens When Disequilibrium Occurs?

When market equilibrium remains out of balance for a period of time, prices can become overly depressed or inflated, which can have real negative ramifications on markets and the broader economy. Market actors will be incentivized to try and restore equilibrium by buying and bidding up underprices goods or securities and selling or producing more of the overpriced ones.

Disequilibrium is often caused by an imbalance in supply vs. demand. At times disequilibrium can spill over from one market to another—for instance, if there aren’t enough transport companies or resources available to ship coffee internationally then the coffee supply for certain regions could be reduced, affecting the equilibrium of coffee markets. Economists view many labor markets as being in disequilibrium due to how legislation and public policy protect people and their jobs, or the amount they are compensated for their labor.

How Can Disequilibrium Be Prevented?

Mistake on Your Credit Report? 6 Steps to Take 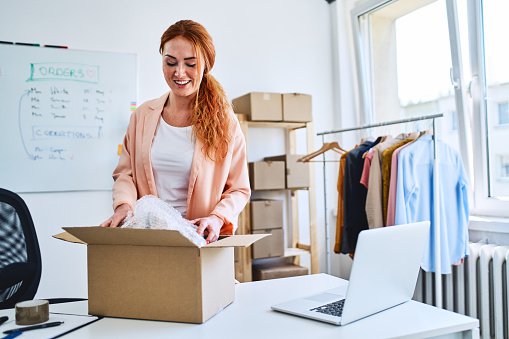 Your Complete Guide to E-Commerce Fulfillment in 2021

Use of Financial Leverage in Corporate Capital Structure