What Is the Depository Institutions Deregulation Committee (DIDC)?

In addition to phasing out interest rate ceilings, the committee’s other tasks included devising new financial products that would allow thrift banks, or Savings and Loan Associations (S&Ls), to compete with money funds and to eliminate ceilings on time deposits. However, its overall purpose was to deregulate bank interest rates.

Since 1933, Regulation Q, which set minimum capital requirements and capital adequacy standards for board-regulated institutions in the United States, had limited the interest rates banks could pay on their deposits. These restrictions were extended to S&Ls in 1966. However, as inflation rose sharply in the late 1970s, more money was being withdrawn from regulated passbook savings accounts than was deposited, and S&Ls found it increasingly difficult to obtain and secure funds. At the same time, they carried a huge number of long-term loans at low interest rates.

President Jimmy Carter signed the Monetary Control Act on March 31, 1980. It gave the Federal Reserve greater control over non-member banks. The act allowed banks to merge, removed the power of the Federal Reserve to set maximum interest rates for deposit accounts, allowed Negotiable Order of Withdrawal (NOW) accounts to be offered nationwide, raised the deposit insurance of U.S. banks and credit unions from $40,000 to $100,000, allowed credit unions and S&Ls to offer checkable deposits, and allowed institutions to charge any loan interest rates they chose.﻿﻿﻿

The act was a response to the economic volatility and financial innovations of the 1970s that increasingly pressed the highly regulated savings and loan industry. Some believe the act unintentionally caused the collapse and subsequent bailout of the S&L financial sector. While S&Ls could pay depositors higher interest rates, the institutions carried large loan portfolios with low rates of return.

Why the Monetary Control Act of 1980 Failed

As interest rates kept rising, the thrifts found themselves increasingly unprofitable and becoming insolvent. The Monetary Control Act of 1980 and the DIDC were all part of an effort to restore solvency to the thrift industry—an effort that ultimately failed as S&L managements were ill-equipped to operate in the deregulated environment that was created.

If You Invested $10,000 in Zomedica a Year Ago, This Is How Much You Would Have Today

The 6 Phases of Construction Project Management 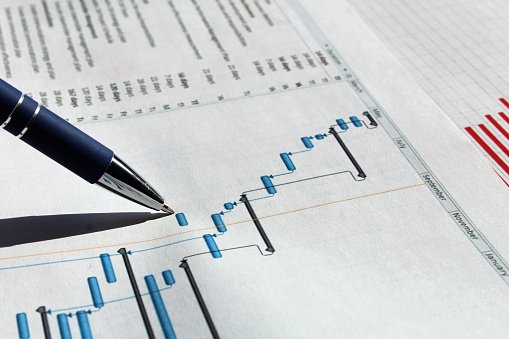