Costco vs. Sam’s Club: An Overview

One of the biggest battles in retail is among the bulk retailers—Costco Wholesale Corp. (COST) and Walmart’s Sam’s Club. In the world of retail, the consumer has a lot of choices, so for a store to be successful, it often needs a unique selling point. Discount retailers like Walmart Inc. (WMT) and Dollar General (DG) offer low prices to draw in customers.

Meanwhile, Costco and Sam’s Club can offer even lower prices per item by selling goods, such as toilet paper, in bulk. The caveat is that you either need a large family to eat all of the food and use all the supplies you buy, or a method to preserve it (canning or freezing). Through the years, these bulk retailers have expanded and started to offer several other items, including electronics, vehicles, and vacation packages.

These two retailers generate revenue from merchandise and product sales and membership fees. These memberships get you into the store and allow you to shop at the discounted prices online. More importantly for Costco and Sam’s Club, these memberships help create store loyalty. If you’re paying to be a member somewhere, you’re more likely to go.

In this article, we’ll look at how the business models of Costco and Sam’s Club are similar, but also breakdown why they are also very different, including prices, locations, and brand selection.

Costco is considered the original bulk retailer, opening its first location in San Diego in 1976. Since then it’s been selling bulk goods through its warehouse-style stores, cornering the market in many states.

In terms of states where Costco is concentrated, it has 131 stores in California, almost four times its number two state—Texas with 33. Meanwhile, the state of Washington has 32 Costco stores. Five states have no Costco stores—Arkansas, Maine, Rhode Island, West Virginia, and Wyoming.

Costco also has stores outside the U.S. This includes stores in Canada, Mexico, Japan, China, and other countries.

It’s worth noting that Costco also offers a business-focused membership. This includes two tiers as well: Business and Business Executive. The Business level is $60 a year and includes the benefits individuals enjoy, as well as the ability to purchase for resale. Meanwhile, the Business Executive level is $120 a year includes a 2% cashback reward (up to $1,000) on purchases, as well as “additional benefits and discounts on many Costco services.”﻿﻿

One of the key benefits and perks of Costco’s memberships is access to its fueling stations (which often offer lower prices than other fuel stations), pharmacy, photo center, and rental car options. For business customers, Costco offers partnerships with payment processing, health insurance, bottled water delivery, and check printing services.

Costco also has a co-branded credit card for members. The card, which offers tiered cashback, is considered a solid credit card for those that shop at the retailer. The card is co-branded with Citi and offers 4% cash back on the first $7,000 spent on fuel per year (1% after that), 3% on restaurants and travel, 2% on all other Costco purchases, and 1% on all other purchases. The co-branded card offered by Costco and Citi can be used anywhere credit cards are accepted.

Finally, it’s worth noting that Costco sells more private branded goods than Sam’s Club. As a shopper, you’ll likely find more brand-name items in Sam’s Club. However, Costco offers its popular private brand Kirkland in its stores. Kirkland items are often cheaper than most other products, but they’re still made by big-name companies, such as Starbucks (SBUX), Duracell, and Kimberly-Clark (KMB).

Costco is a publicly-traded company under the ticker symbol COST. It has a market value of over $171.3 billion as of Nov. 17, 2020. It has several smaller subsidiaries, such as Costco Travel and Kirkland brand products, but aside from that, the company has not branched out into a broad range of other brands and stores.

Revenues for the fiscal year 2020 were $163 billion, up from $149 billion in the previous year. As well, profits came in at $4 billion, up just over 9% year-over-year (YOY). Financial positioning-wise, Costco is well-positioned. It had $12.3 billion in cash and cash equivalents at the end of fiscal 2020, while other liabilities—which include long-term debt and lease obligations—were $21 billion. Its total assets total $55.6 billion, which includes almost $22 billion in plant, property, and equipment (PP&E).

Sam’s Club is nearly as old as Costco, opening its first store in 1983 in Midwest City, Okla. As far as business models, they’re very similar—both sell memberships to a store where customers buy bulk items. One key difference is that Sam’s Club did not expand to the same areas and product categories as Costco.﻿﻿

Its state with the largest store concentrations are Texas with 82 stores, Florida with 46, and California with 29. Meanwhile, Sam’s Club has no stores in six states—Alaska, Massachusetts, Oregon, Rhode Island, Vermont, and Washington.

Like Costco, Sam’s Club offers two membership levels. The first is called Club, which is $45 per year. The Club level includes access to all its warehouse clubs, as well as the ability to add additional cards. Then there’s the higher tier Plus membership for $100 a year that has all the benefits of Club, including other perks—2% cashback on certain transactions (up to $500), free shipping, early store access hours, and access to its pharmacy and optical services. Overall, both of Sam’s Club’s membership tiers are cheaper than what Costco offers.﻿﻿

Key benefits of a Sam’s Club membership include access to its stores, as well as its fuel stations and tire and battery centers. Meanwhile, the higher tier membership offers specific discounts for certain services, such as 20% off eyeglasses at its optical centers and up to 30% off branded drugs at its pharmacies.

Sam’s Club also offers a credit card as well. Sam’s Club’s MasterCard is issued by Synchrony Bank and can be used everywhere credit cards are accepted. The perks of the card include 5% on the first $6,000 in fuel purchases per year, then 1% thereafter. As well, the card offers 3% cash back on dining and travel and 1% on all other purchases.

To start, Costco is a publicly-traded company that trades on the Nasdaq under the ticker symbol COST. Sam’s Club is a subsidiary of Walmart, which trades under the ticker WMT on the New York Stock Exchange.

Costco’s membership fees are more expensive than Sam’s Club, granted it’s only $15 and $20 a year more for the basic tier and top tier, respectively. Costco has more stores than Sam’s Club—almost 200 more, although Sam’s Club has more U.S. stores.

Costco appears to be growing faster, from both a store count and revenue perspective. Sam’s Club closed several stores a couple of years ago—roughly 10% of its store count at the time. Meanwhile, Costco has been on a steady run of net store openings.

Both stores have similar return policies, with no time limit for products, except electronics, which generally have a 90-day window.

Which One Is Better, Costco, or Sam’s Club?

Does Costco or Sam’s Club Have Better Prices?

Overall, the prices at Costco tend to be cheaper. However, Sam’s Club has a greater selection of name-brand products.

Can I Use My Costco Membership at Sam’s Club?

Is Sam’s Club Cheaper Than Walmart?

The typical customer for warehouse retailers like Costco and Sam’s Club are those that like to save money buying in bulk. Buying these bulk items, however, does not translate well to online shopping. Delivering bulk items can be cumbersome.

Still, shopping at these warehouse locations can be prohibitive for certain customers that don’t have the storage space (e.g., freezer size to accommodate buying in bulk) or money for what is a more expensive shopping trip, versus Walmart (WMT), for example. The average transaction total is higher at bulk warehouse retailers versus discount retailers because, although you’re getting cheaper per unit prices, you’re buying more overall.

For many shoppers, it’ll come down to which store is closer to their home. Other than that, there’s not much difference in terms of membership prices or product prices. Part of the selection process between the two will come down to the shopping experience—e.g. as a Costco consumer, you can get the $1.50 hot dog combo. However, neither Costco nor Sam’s Club offers trial memberships, so if you want to test out either you’ll have to tag along with a member.

Note, some Costco and Sam’s Club stores are laxer when it comes to checking for membership cards when you enter the store. Although you’ll still need one to checkout, you may be able to do a test-run and get a feel for your local store with a walk-through.

Why LifeMD Stock Is Getting Crushed Today

Betterment 2021 Review: Is It Still the Best? 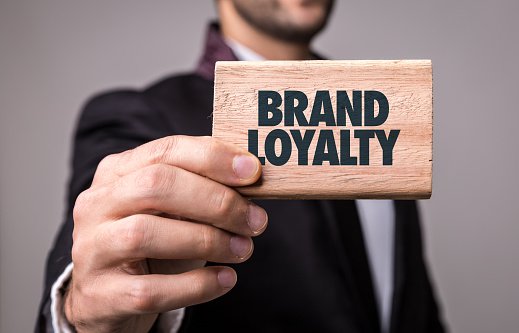