Be honest, the last time you were in the grocery store, did you feel just a little leery about touching the payment terminal? You know, the one that everyone else before you had their fingers on too?

We’re not here to fearmonger, and so it’s important to let you know that the Centers for Disease Control and Prevention say there’s very little evidence you can catch the coronavirus from touching hard surfaces. Still, they recommend playing it safe. And besides, contactless credit cards have an added bonus: They’re quicker to process, allowing you to sail through the line and get on with your day even faster.

Curious about how these nifty little rectangles of technology work, and how they can help you? Read on.

Contactless credit cards are also known as “tap-to-pay credit cards,” or “tap-and-go credit cards.” They use a technology called Near Field Communication (NFC). It works like this: When you’re ready to pay, you hover or tap the card just above the reader. The card itself has a chip and a tiny antenna inside of it, which it uses to send your credit card number and a one-time-use code over that small gap to the reader.

READ:  California Announces 'Vax for the Win' Vaccine Lottery With Prizes Up to $1.5 Million

This code identifies and verifies the transaction. That means the card doesn’t need to send your name, billing address, or the three-digit code on the back. In this way, it’s actually safer than more traditional credit card purchases, such as those done online, as it’s harder for thieves to get hold of your personal information.

The merchant will need a contactless credit card reader to accept your payment. You can tell whether a reader accepts contactless cards or not because it’ll have the same wave logo printed prominently on the machine.

Americans aren’t using tap-and-go payments as much as people in Europe, where it’s been widespread for years. Contactless readers have actually been the big sticking point as many U.S. merchants just haven’t been upgrading their equipment. But coronavirus concerns make it likely we’ll see this rolled out more in the upcoming months.

If you’re worried about running into a reader that doesn’t accept contactless credit cards, there’s no need. You can still use your card the old-fashioned way — by swiping, dipping, or even entering in the information manually.

Virtually all of the major credit card issuers offer some sort of contactless credit cards, especially for their more popular cards. Most of American Express’s cards are available in contactless forms, for example, and Chase offers 22 contactless card options. It may be a bit hit-or-miss with smaller card issuers, such as credit unions or smaller banks.

READ:  No Sale! 5 Things You (Usually) Can't Buy With a Credit Card

If you want a tap-to-pay credit card, you can always contact your card issuer to ask if it offers a contactless version of your card. Some of the major card issuers, such as Chase, even allow you to make this inquiry online.

Contactless credit cards are generally considered safer, both from a biological and a fraud perspective. Still, like any technology, they’re not foolproof, and they do introduce new fraud risks you need to be aware of.

The biggest new threat is that someone physically steals your card. All they need to do to buy something is to tap the card. They don’t need to sign anything, and they don’t need to provide any ID. Losing your card or having a thief (or, alternately, a cash-poor teenager in your household) physically steal it to use in-person isn’t as high on the scale of risk as some other threats, but it is something to be aware of.

In addition, it is possible for thieves walking nearby to scan your card with a radio frequency identification reader (similar to the one that you’d use at a cash register to pay) and collect your information that way. But as we’ve already discussed, without your other information — name, zip code, and the three-digit code on the back — it’s mostly useless.

Thieves can still get that information in other ways, but they’d have to be more tenacious than your average bear (and they could be). And if they do get that other information as well, you’re still vulnerable to identity fraud if someone impersonates you to claim a false tax refund or open a credit card in your name, for example.

Rest assured that even if someone does commit fraud with your credit card, contactless cards have the same protections as regular cards. Most credit card companies offer fraud liability guarantees as long as you notify them of any fraudulent charges within a reasonable time frame.

It certainly doesn’t hurt to get a contactless credit card. Even if you never use it, at least you have the option.

The only thing to watch out for is that you don’t let your card’s contactless capabilities lull you into a false sense of security. You still need to keep an eye on your card so you can flag any unauthorized charges. And if you ever do lose your card, it’s even more important to make sure you report it ASAP so your issuer can deactivate the card.

GameStop to Stock-Hungry Investors: Thank You Very Much 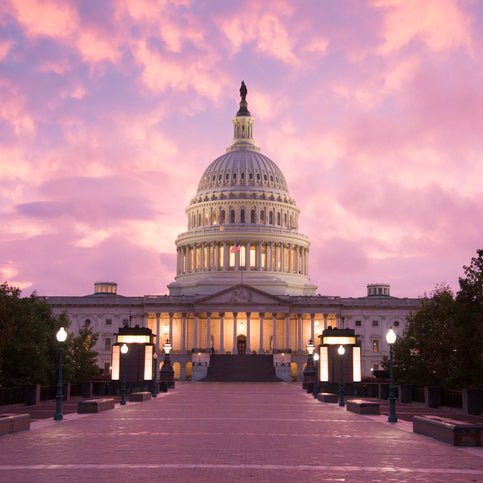 Dining for Free at Airport Restaurants? The Right Credit Card Is All You Need