THE glitz of ITV’s The Masked Singer may be over for now, but it has confirmed its host Joel Dommett as telly’s golden boy.

In 12 months since he started presenting the hit show, that saw a record-breaking TEN MILLION viewers tune in to its final last weekend,  Joel has appeared on 23 programmes across SIX channels.

That adds up to 30 hours of television featuring the 35-year-old comedian-turned-presenter – and 2021 looks to be even busier for him.

Not only is he appearing on new Sky One dating show, Dating No Filter, from this Friday, he’s set to host a third series of The Masked Singer and its spin-off The Masked Dancer, later this year. But it’s fair to say Joel  hasn’t been an overnight success.

He spent 15 years trying to get his big break, first as an actor and then as a stand-up comic.

And Joel’s dreams of a showbiz career were almost shattered in 2016, when he  became the unwitting star of a sex tape that was leaked online.

But a year later, his signed up to I’m A Celebrity  and  came  second to Gogglebox’s Scarlett Moffatt.

From there the  job offers trickled in, but since his turn on The Masked Singer last year Joel has barely been off our screens.

Here we look at the winning formula that has seen him go from hidden gem to the Joel in TV’s Crown . . .

JOEL worked solidly from the age of 19 after moving from his quaint home in rural Gloucestershire in search of fame.

He said: “I was from just outside Bristol in a tiny little village and I didn’t really know what I wanted to do – but I knew I wanted to get out.

“University was never for me, because I never liked drinking and it seemed to me people just went to university went to go drinking. So I basically finished school and went to London.”

READ:  'Exes' Kris Boyson and Bianca Gascoigne share intimate dinner as he tries to avoid being spotted by ducking under table

He travelled the world trying to make his break in comedy, with Joel’s first gig taking place in Los Angeles, aged 21, and future stop-offs including Iceland and Holland.

His profile started to take off with the recurring role of DC Sweeney in Skins from 2010, then in 2015 he was a regular on Nicole Scherzinger’s team, on panel show Bring the Noise.

That led to getting a sought-after place on I’m A Celebrity in 2016, but even then he didn’t limit the shows he would appear on, ranging from Celebrity Catchphrase to his biggest gig to date, hosting I’m A Celebrity spin-off, Extra Camp.

Fast forward three years and there’s no let-up in his workload – and Joel puts it down to always wanting to graft and improve himself.

He said: “You work your way up. I’ve never been good, naturally, at anything and I’ve always had to put in the time.”

WHEN Joel stripped off to reveal his ripped physique on the first episode of I’m A Celebrity, his campmate Adam Thomas spoke for the nation when he expressed his amazement.

He said: “Bloomin’ ‘eck – Joel looks like popeye when he’s had a bowl of spinach!”

And ever since Joel’s body’s been a huge part of his appeal – with women and quite a few men.

But in characteristic style, he’s always played his fitness down and insists it never helped his comedy career.

He said: “That was something I was really worried about going in to I’m A Celebrity, I was worried people would go: ‘Oh he can’t be a comedian, he’s got abs.’

“I think that stemmed from my fear of being single. I was into fitness slightly when I was in a relationship, and then I left that relationship and suddenly I started doing sit-ups.

“I thought: ‘Ok, I gotta shape up because I want to find a high calibre of person.’ I think that’s what happens to a lot of people; you get single and then you get fit.”

IF Joel is the golden boy of TV, he and Hannah Cooper are at serious risk of becoming telly’s golden couple.

Last year they made ITV2 show, Home Alone with Joel Dommett, during lockdown and earlier this month they both appeared on BBC1 gameshow, Catchpoint.

Model Hannah already helped the spotlight shine firmly on her husband since they got married on the Greek island of Mykonos in 2019.

As well as showing a shared sense of humour, their cheeky semi-naked holiday snaps show they both have incredible bodies.

And Joel maintains a sense of humour about the fact people will naturally admire his wife, who he’s nicknamed Sexy Sexpot of Sex.

He even celebrating the fact he had bagged himself “A Page 3 girl” when she appeared in a bikini in The Sun’s coveted slot.

As well as stand up helping him to become one of telly’s top presenters it also helped him survive one of the toughest moments of his career – THAT sex tape.

He was conned into thinking he was performing a solo sex act for a woman called Stacey Taylor he’d met online.

In fact it was being filmed and the footage was used to blackmail him.

He said: “It was horrific. My mum used to google my name a lot – not anymore. But I’m a comedian and you’ve got to laugh at it, and if you don’t laugh at it, you cry about it.

Everyone fell in love with Joel when he was on I’m A Celebrity, particularly his flirting with campmate, Carol Vorderman.

When the former Countdown star returns from the jungle toilet he would cheekily enquire: “One from the bottom, Carol?” 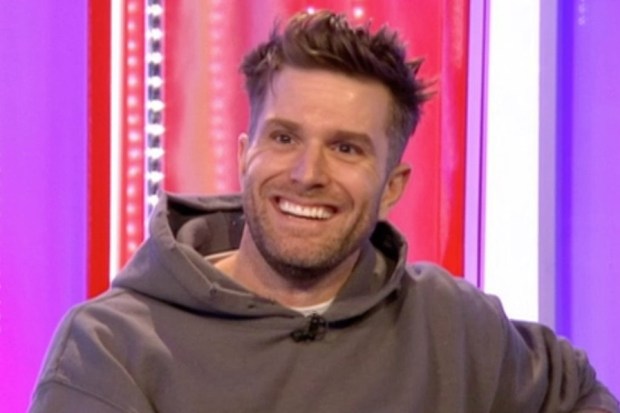 Though producers now consider him a serious TV star, Joel maintains the key to his success is never taking himself to seriously.

As host of the Masked Singer he delivers cheesy puns with a knowing wink and ditches the cool hipster look in favour of some ostentatious suits made by top tailor Joshua Kane – at a cost of almost £20,000 last series.

But he’s never been afraid to make himself look ridiculous. In 2015 in Channel 4 show, Weird World, he stripped down to a pink PVC waistcoat and Cowboy hat and painted a picture with his willy.

He learned early on in his career, when he was starting out as an actor, that creating a sense of fun was a winning formula.

Joel said: “Everyone took themselves a bit too seriously for my liking. I was like: ‘Guys, were all just pretending lets just have a good time.’ And that was partly why I did alright when I went to auditions.”

And since hitting the big time he says he’s determined not to turn into a egotistic monster.

He said: “I hate people who think it’s OK to be horrible to people to make themselves feel powerful. There are definitely a few celebrities who do that.

“What they soon realise is that they are neither liked nor respected and people stop hiring them.” 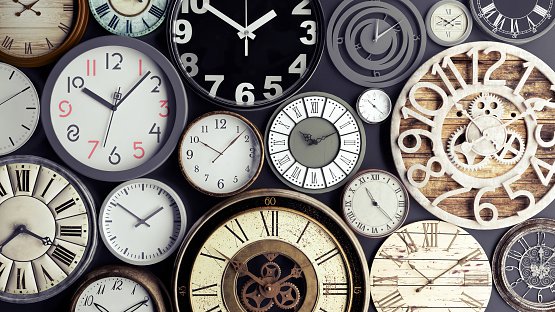 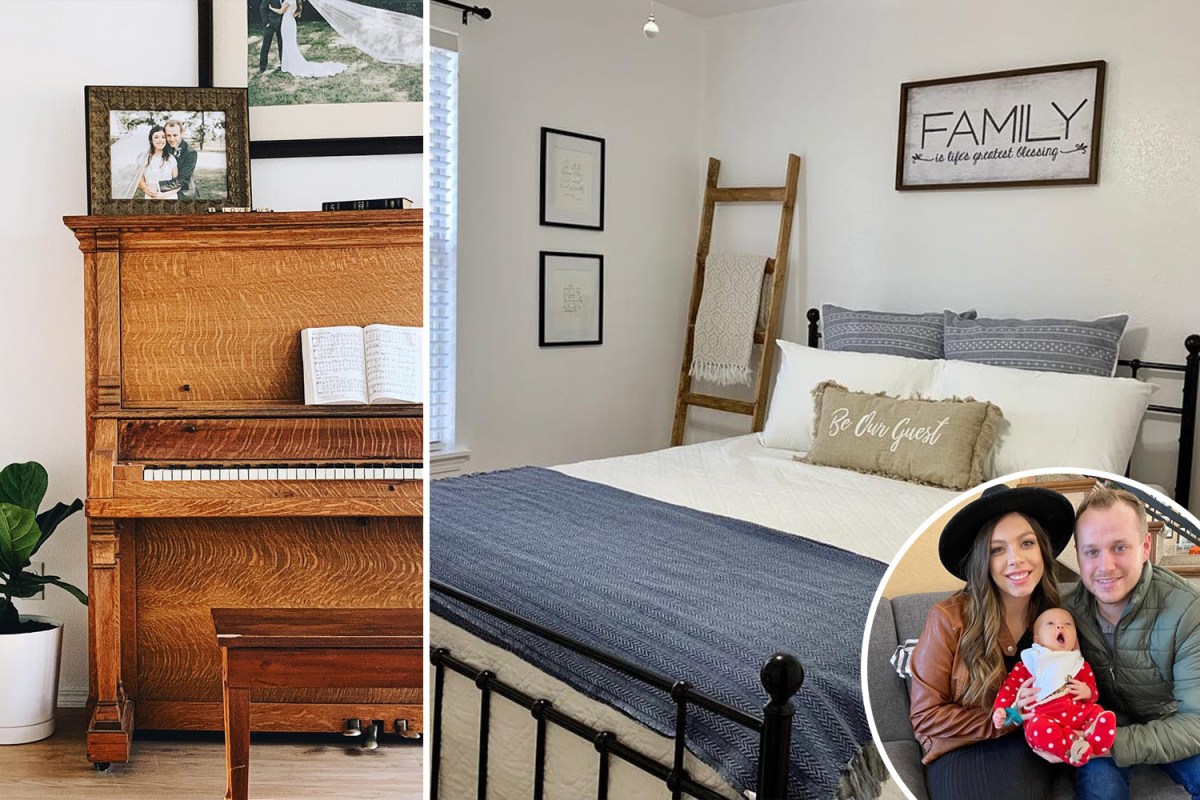 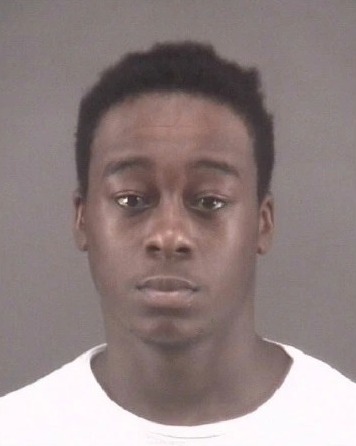 ‘Animal abuser, 18, hurled stray dog from apartment balcony and posted footage of attack on social media’ – The US Sun