As the decade draws to a close, the ESPN5.com editorial staff look back at the sporting figures and moments that stood out and helped define Philippine sports in the 2010s. Check back regularly until December 31 for the latest features in our ESPN5.com Best of the Decade series.

We honor the athletes who excelled in the 2010s, those who made their mark, raised the bar, and collected championship trophies along the way. And when it came to men’s volleyball, no athlete accomplished more than Marck Espejo. Whether it was collecting UAAP MVPs, leading Ateneo to championships, dropping a ridiculous 55 points in one game, or leading the Philippines to a surprise SEA Games silver medal, Espejo was clearly a cut above the rest.

It was 2013. Manila had a twice-to-beat advantage over Marikina in the volleyball finals of the NCR Meet. With odds stacked against them, Sta. Elena High School senior Marck Espejo led Marikina to a win in Game 1. All they had to do was replicate the feat to be crowned regional champions and move on to the Palarong Pambansa. Through Espejo’s brilliance, they took the first set of Game 2. However, Manila battled back. They mounted a massive comeback to steal the win and take the title away from Marikina.

Crushed by the defeat, Marck had to wear a brave smile as he received the Best Attacker award of the tournament. For some, it would have been the perfect consolation prize. Not for Espejo. That wasn’t enough. As soon as he was out of the spotlight, he crumpled the recognition he just received. It meant nothing without the championship.

At that time, Marck had not been playing volleyball for too long. Yet, he was already recklessly passionate and invested in the sport.

“I started playing volleyball when I was in grade 6,” Espejo shared. “My cousin asked me if I was interested to join them in the varsity training of our school. Since Concepcion Elementary School was known for volleyball, I gave it a try.”

Like many athletes, he had tried other sports before finding what he was truly passionate about. Recognizing his innate abilities, he dabbled in athletics when he was younger. When he was in third year high school, he discovered he also had a talent in basketball.

“The first thing I asked my coaching staff was to look for the kid from Marikina. If there was one thing I knew, it was that I needed him on my team.”

By the time Marck was graduating high school, offers expectedly piled up. It was during this process that Espejo met Coach Oliver Almadro. Coach O had seen the young Espejo play as a high school sophomore. Without Marck knowing, Almadro was one of the first people to see potential in him.

“Back then, there wasn’t much attention on Marck yet,” Almadro recalled. “He was still so young and skinny. But I saw how high he could leap. I saw he had great timing on his approach and that he could really hit the ball. I had a feeling he would be a great player.”

Almadro wasn’t with Ateneo yet when he first saw Espejo. But when he named the head coach of the Blue Eagles in 2013, he was clear on his first order of business.

“The first thing I asked my coaching staff was to look for the kid from Marikina. If there was one thing I knew, it was that I needed him on my team,” he said.

Marck had a decision to make. Thanks to his exposure in the NCR meet and the 2012 Palarong Pambansa, people already knew who he was. More importantly, schools knew what he could do. There were more than a handful of offers on the table. One that stood out was from Arellano University. They were offering him to become a dual athlete. They wanted him to play both basketball and volleyball for the school.

There were strings pulling Marck in different directions and he had to make a decision. But there was something that made the choice easier. Growing up in Marikina, Marck often passed by Katipunan to get to places. He would see the Ateneo campus and be enamored by it. It was his dream school. And when that offer from the Coach O and the Blue Eagles came, Espejo knew it was what he wanted.

Both Marck and Coach O got what they hoped for. Finally, Almadro secured the recruit that he was hoping to win over everyone else. At last, Espejo was a full-fledged Blue Eagle. They were ready to write a success story together when an unseen road bump got in the way.

Espejo had already committed to play volleyball for Ateneo. But one afternoon, while playing pick-up basketball, he suffered a bad fall after a dunk attempt. Marck broke his left forearm.

“I remember crying after hearing about it,” Almadro admitted. “He was supposed to be my biggest recruit. Then suddenly he was out for three to four months. I sought as much help as I could get. I called Dr. [George] Canlas and told him I really need Marck to be ready for the UAAP season.”

Espejo spent the next few months in therapy. He focused his energy on getting better and stronger for his rookie year in the UAAP. Fortunately, by the time the season came, he was ready.

An injury almost sent Marck’s career in a detour. But it was another injury that gave him the opportunity to make a name for himself.

“When he was a rookie, he wasn’t the go-to guy yet. We had Ricci Gonzales that year. But Ricci got hurt and had to miss games so I challenged Marck to step up,” Almadro said.

Espejo heeded the call. In his very first year, he immediately caught the attention of the entire league. People were left asking, ‘who’s that new kid in Ateneo? Where did he come from? Is he for real?’ Soon, all those found answers. Because when someone wins both Most Valuable Player and the Rookie of the Year in the same season, it becomes inevitable. Espejo, himself, became inevitable.

READ:  3 Benefits of Being a Micro Entrepreneur

The only thing that was missing in his rookie year? The championship. Ateneo was swept by the NU Bulldogs in the Finals. Yet another motivation for the already-driven kid. That’s the thing about Marck. We remember him for his victories, but he never forgets his losses. He keeps them in his back pocket as reminder to kill every ball that comes his way.

“That loss against Manila in the NCR Meet has always been my motivation,” he said. “I told myself that those guys I lost to when I was in high school should not be able to win against me in college.”

In Season 77 of the UAAP, Marck was hellbent on his goal. He had a rich collection of individual awards in his home. But like how it was in 2013, none of it mattered without the championship. That’s what he played for. For the second year in a row, he was named MVP. He was also recognized as the season’s Best Attacker. And when they met the Bulldogs in the Finals again, Espejo refused to be denied a second time. He willed Ateneo to a win and took home his first UAAP title.

It had become clear that Marck was an attacker unlike many. There were several times wherein opponents opted to just dodge his attacks. It’s hard to blame them. That seemed like the smart thing to do. When Espejo rises for a kill, it’s a tsunami waiting to happen. The speed is as quick as lightning, but the calamity it causes is like that from a tidal wave.

Coach O knew how special his player was. But he also knew he could get even better.

“In the middle of Season 78, I talked to Marck. He was far ahead as the Best Attacker of the season. I told him I wanted him to try and go for the Best Server award, too,” Almadro recalled.

Espejo was reluctant at first. He was far behind in the list and it was already midway through the tournament. But his coach was insistent. Marck listened. The two spent extra hours working on his jump serve, something Espejo wasn’t doing before. By the time Ateneo faced Adamson in the last game of the elimination round, Espejo only needed four aces to get to his goal.

You can probably guess how many he had. Four.

That year, Marck was named Best Server, Best Attacker, and MVP, and he led Ateneo to another title. In 2017, the Ateneo Blue Eagles extended their reign to a three-peat, with Espejo getting recognized as the Best Attacker and the Best Scorer.

Season 80 was bittersweet for him though. He swept all individual awards in his position. He was the Best Server, Best Attacker, Best Scorer and the MVP. His spectacular year was highlighted by a 55-point onslaught to upset the twice-to-beat FEU Tamaraws in Game 2 of the semifinals. However, their bid for a fourth straight title was downed by NU who swept them again in the Finals.

That was 2018, five years since he crumpled his Best Attacker award because they didn’t win the NCR Meet. Marck had grown beyond measure through the years – as a player and as a person. He knew better than to be ungrateful. He took the loss with grace, embraced his awards and thanked Ateneo for four wonderful years.

There was a bigger volleyball world waiting for Espejo. He continued to collect medals and awards. He powered the Cignal HD Spikers to two championships in the Spiker’s Turf. He went on to help the Philippines win the silver medal in 30th Southeast Asian Games, dethroning previous champions Thailand in the process. But the biggest feat for Marck was being tapped as the First Filipino import in the Japan V.League when he played for Oita Miyoshi Weisse Adler.

“The Japanese pro league is second to the Euroleague in level of competition,” Coach O shared. “The fact that Marck was invited to become an import there is already big enough. But more than that, he was really playing well. He was keeping in step with other imports from known volleyball countries.”

“For me, it validated that all the hard work was worth it and that I made the right decision choosing volleyball,” the Marikina-native Espejo said. “I’m glad that the opportunity has opened again. After me, it was Bryan Bagunas who was tapped by my former team to play for them. I hope it also delivers the message that there is a future for Filipinos in the sport of volleyball.”

It’s 2019. Marck Jesus Espejo has become one of the most recognizable names, not just in volleyball, but in Philippine sports. He is a multi-awarded champion and a winner of countless individual awards. But he is much more than a transcendent spiker. He has become an ambassador of the game.

With all the clamor and the hardware that he has earned through the years, Marck has no plans of slowing down anytime soon. After all his achievements, he still has goals.

“I hope I get the chance to play in other countries as well. My dream is to be get to play in Europe.”

It’s what Ateneo had always taught him. Magis. Always yearn for the greater.

3 Best Roofing Contractors in Hamilton, ON

25 Best Things to Do in Livermore, California 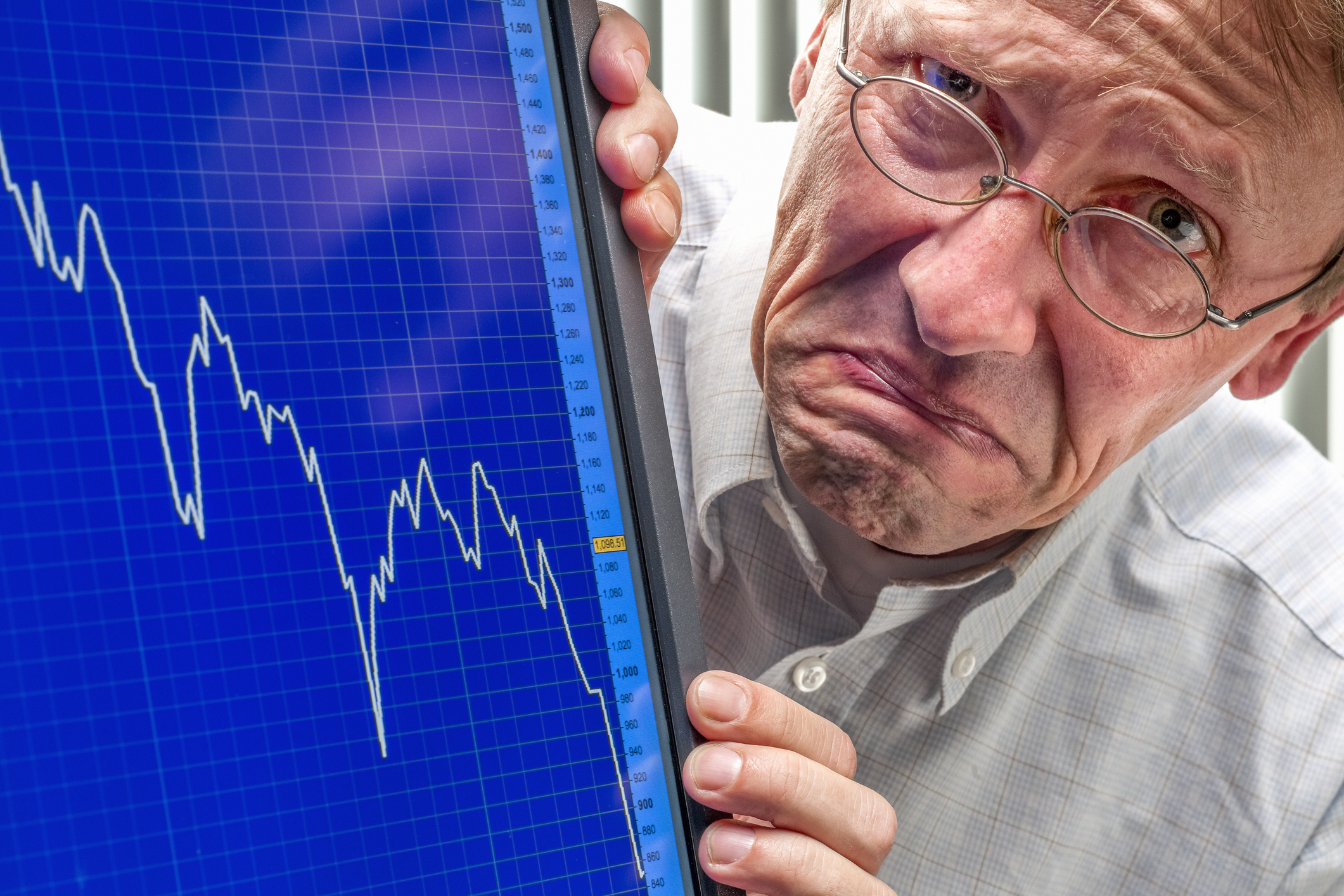