What is Adjustment Bond?

Adjustment bond is a new security issued for the outstanding debt of a corporation facing bankruptcy that needs to recapitalize its debt structure.

Adjustment bonds have a structure where interest payments happen only when the company has earnings. The company does not fall into default for not being able to meet its payment obligations. This effectively recapitalizes the company’s outstanding debt obligations. It also allows the company the chance to adjust terms such as interest rates and time to maturity giving the company a better opportunity to meet its commitments without entering bankruptcy.

In a Chapter 11 bankruptcy, the company would be liquidated with all of its assets sold or allocated to creditors. Usually, such a bankruptcy generates only a fraction of the money creditors are owed. Adjustment bonds provide an incentive for a company and its creditors to work together. The company can reorganize its debts in a way that allows the company to continue its operations, increasing the chances that creditors will be paid more than if the company is liquidated.

A company facing financial difficulties will generally meet with its creditors, including bondholders, to negotiate an arrangement more preferable than bankruptcy. If that results in Issuing adjustment bonds then he permission of existing bondholders will be required.

The terms of such a bond often include a provision that when a company generates positive earnings, it is required to pay interest. If revenues are negative, no interest payment is due. Depending upon the specific term of an adjustment bond, any missed interest payments may be fully accrued, partially accrued, or not accrued. In addition, because negative earnings do not create an obligation to pay interest, the company avoids the embarrassment of being deemed in default on its debt. Adjustment bonds can offer a tax advantage because any interest paid is a tax-deductible expense.

Adjustment bonds may help companies maintain viability and avoid bankruptcy, yet creditors may be required to wait for many years to be repaid. Also, other options for reorganizing a company’s capital structure might include a debt to equity exchange.

An example would be the Santa Fe Pacific Corporation. In 1895, it faced significant financial difficulties and arranged to restructure $51.7 million of its debts into a new adjustment bond. According to the New York Times, the issue included terms which allowed the railroad to pay interest until 1900 only “if it felt it had sufficient earnings to make the payments.” After that, the railroad “could not just forget about payments, but it could defer them, indefinitely if need be.” It took nearly 100 years, but that debt was finally paid off in 1995 when the company was acquired by Burlington Northern Inc.﻿﻿

Self-Driving Startup Aurora Innovation Is Going Public: Is It a Buy?

5 Signs the Housing Market Is Going to Remain Red Hot

Inside Sales: What is it and Should You Be Using it? 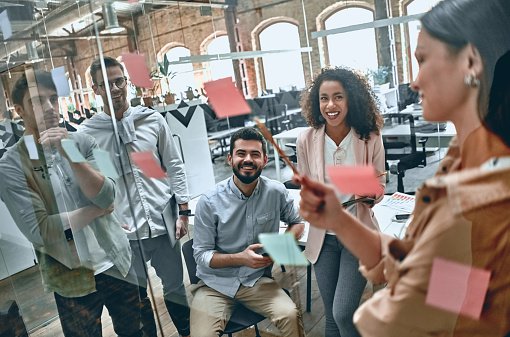