The gig economy is here to stay, with more than 41 million workers in the U.S. making a living as independent contractors. Yet regulators are eyeing these alternative employment arrangements critically.

On May 5, the State of California filed lawsuits against Uber and Lyft for allegedly misclassifying drivers as contractors. Even Google came under fire last year for reportedly having more contractors than employees in its ranks.

Yet staffing needs don’t always come in tidy, 40-hour-per-week bundles, and many workers value the flexibility that self-employment affords. In fact, independent contractors can expand your business’s staffing options so you can leverage talent more effectively.

But before you add independent contractors into your small business recruiting mix, you need to ensure that they’re actually independent.

Overview: What is an independent contractor?

An independent contractor is a self-employed person who provides goods or services to your business for a fee established in a contract. There is no employment agreement, the worker is not on your payroll, and you do not withhold taxes from earnings.

Yet you can’t simply declare someone an independent contractor based on your contract and pay practices. The difference between an employee and a contractor depends on the levels of control and independence the worker enjoys across the full scope of your business relationship.

To help businesses understand the difference between contractors and employees, the Internal Revenue Service (IRS) has established the standards outlined below.

The general rule from the IRS is that “an individual is an independent contractor if the payer has the right to control or direct only the result of the work and not what will be done and how it will be done.”

To evaluate control, the IRS advises that businesses weigh the specifics of the business relationship in three categories.

Tip: If you provide extensive instructions or training, or if you use a detailed performance evaluation system, you are likely in an employee relationship.

Tip: If you pay workers based on their time, they are generally employees. However, some professionals such as lawyers and accountants charge by the hour while remaining independent.

Tip: While providing benefits usually signals an employee relationship, failing to provide them does not necessarily make someone an independent contractor.

As the IRS notes, there is no bright line or “magic” number of factors that add up to independent status. Rather, employers must consider all of these factors in the context of the business relationship.

Bottom line, the more you control, the more likely you are hiring an employee rather than contracting with an independent worker.

If you’re unsure about the status of a worker, you can submit IRS Form SS-8 to ask the IRS to determine it for you. It can take up to six months to get an answer, but at least you’ll know it’s right.

Be aware, though, that the IRS will err on the side of finding an employment relationship, and it will adjust any misclassified workers retroactively. Workers can also file this form if they believe they have been misclassified.

In addition to the IRS, the U.S. Department of Labor (DOL) has published standards for differentiating employees from contractors as part of its enforcement of wage and hour laws such as the Fair Labor Standards Act (FLSA). The standards are similar to those published by the IRS. 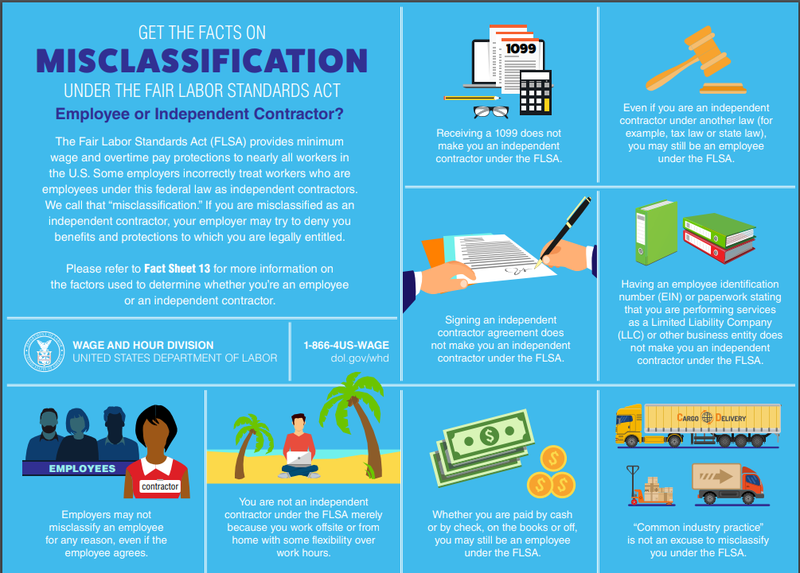 The DOL provides resources such as this Fact Sheet to combat worker misclassification under the FLSA.

New Jersey also recently passed a package of legislation to crack down on worker misclassification. Be sure to check the laws of your state when determining a worker’s status.

What is the employer’s tax liability when hiring an independent contractor?

Independent contractor taxes are a major reason accurate classification is so important. Generally, you must withhold income taxes, withhold and pay Social Security and Medicare taxes, and pay unemployment tax on an employee’s wages.

You don’t have to withhold or pay any taxes on payments to independent contractors. Instead, payments to contractors are reported annually on IRS Form 1099.

Human resources software such as Zenefits can make managing taxes for all types of workers easier.

Do I have to pay overtime to an independent contractor?

No. Contractors do not enjoy many of the labor protections of employees, including minimum wage and overtime rules.

That said, if you require a 1099 employee to put in specific hours, or if you pay a worker hourly or weekly, you are likely in an employer-employee relationship, which would be subject to overtime protections.

What happens if I misclassify a worker?

Intentional misclassification can lead to criminal charges, penalties of up to $1,000 per worker, and orders for repayment of back wages and interest.

If you believe you may have inadvertently misclassified a worker, it’s better to proactively correct the error than to persist and hope for the best.

Can I require an independent contractor to work on-site?

Yes, but if the work could be performed off-site, requiring someone to work in your facility could indicate an employer relationship. Generally, independent contractors control how and where they do their work.

Can I set working hours for independent contractors?

Requiring specific working hours is usually a marker of an employer relationship. Independent contractors are generally responsible for managing their time to deliver prescribed results.

Do I need a written contract to work with an independent contractor?

Having a written independent contractor agreement is crucial because in addition to spelling out the terms of your agreement, it serves as evidence of your business relationship.

It’s also important to spell out who owns any intellectual property created under the contract, since this belongs to the creator unless your contract specifies that you are purchasing it as part of the services provided.

What’s the difference between a statutory employee and an independent contractor?

Statutory employees are independent contractors who are treated as employees for tax withholding purposes. They include certain types of delivery drivers, life insurance agents, product assemblers, and traveling salespeople. Be sure to consult IRS guidance carefully before classifying anyone as a statutory employee.

Alternative work arrangements have much to offer, bringing valuable flexibility to workforce planning and staffing. Yet authorities are on the lookout for businesses misclassifying employees as contractors.

Before you hire an independent contractor, research federal and state laws to make sure your business relationships are correctly classified.

Is Plug Power Stock a Buy? 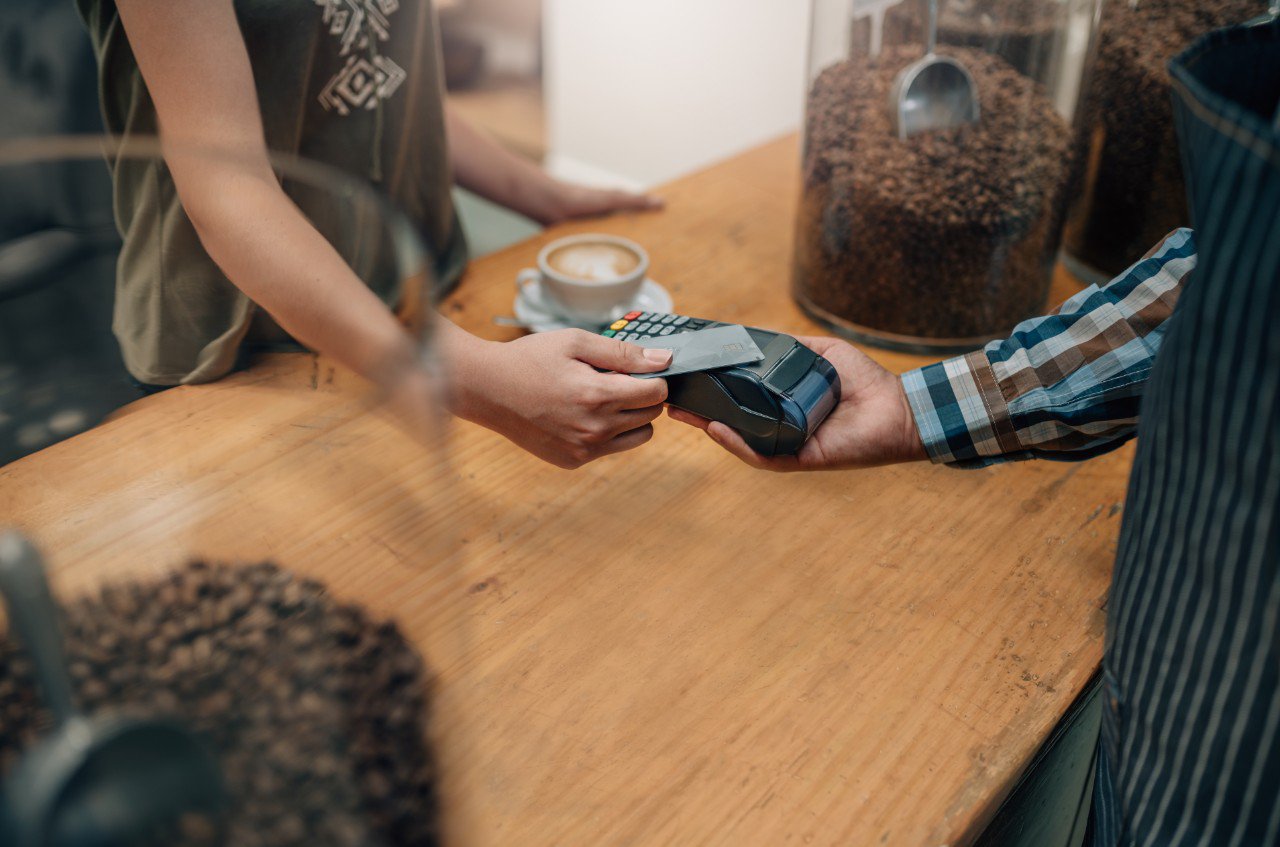 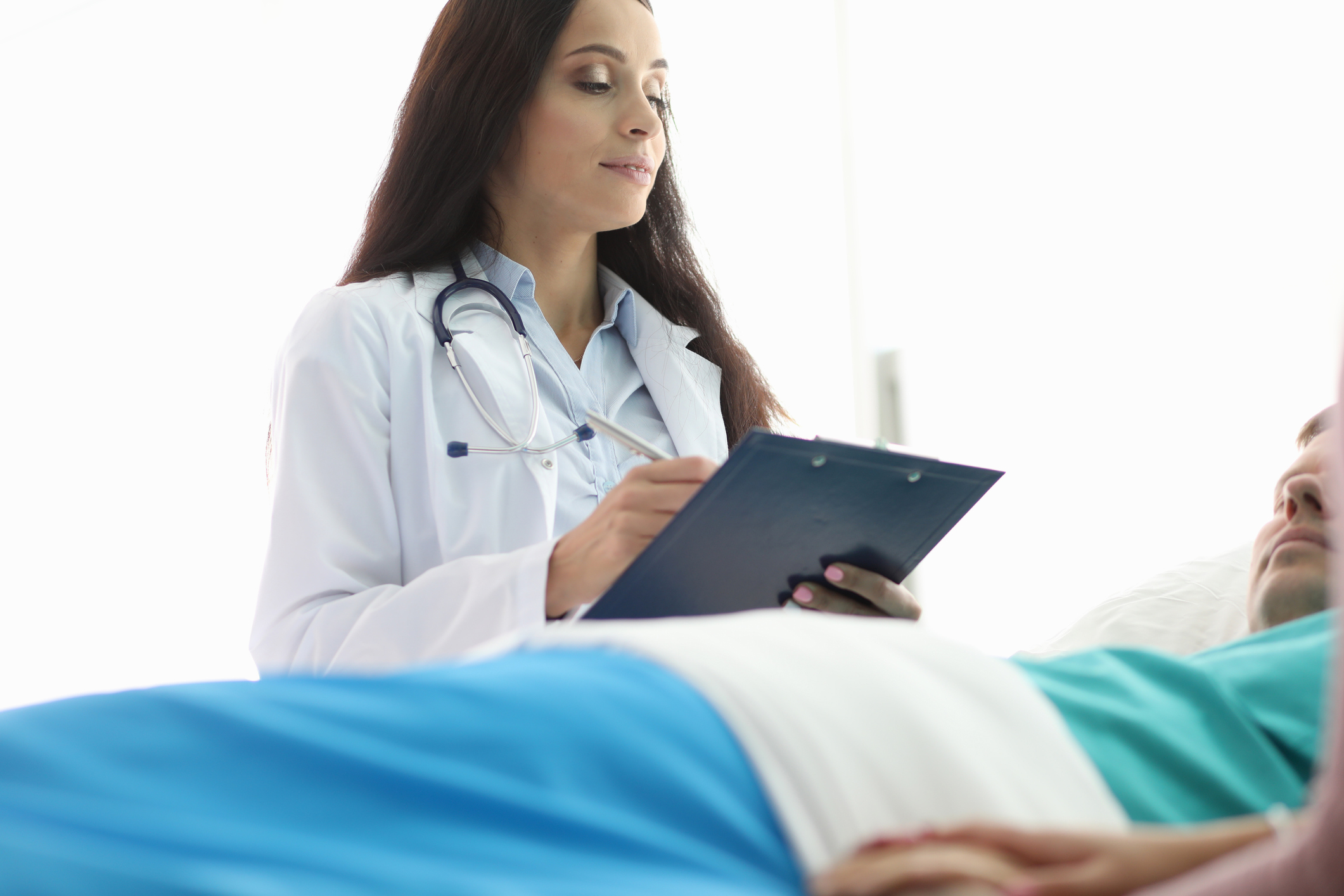 Market Down? Here’s 1 Stock to Own for the Long Term