Spotify‘s (NYSE:SPOT) music streaming and podcast service now reaches 345 million members, up 27% year over year. This incredible following has helped the company reach record revenue and an improved bottom line in its most recent quarter. On a Feb. 5 episode of Fool Live, Motley Fool contributors Brian Stoffel and Brian Feroldi cover the company’s most recent results and explains why the company is well-positioned to continue to grow in the years ahead.

Brian Stoffel: I’m going to kick off with Spotify, and then we will have time for questions on anything people might have questions about. For listeners that aren’t familiar, Spotify, audio streaming service, started out with music; it made a really hard push, and I mean a huge push, into podcasts over the last year that has started to make a difference.

To give you a little bit of background, a lot of people thought, how could Spotify ever be profitable? Because the way that the contracts work for every song you sing, there’s a very small royalty that gets paid out, so it’s hard to scale. What I mean by that is, if I’m listening to Spotify and I listen to 10 songs, Spotify has to pay for all 10 of those songs. Now, those contracts get renegotiated, and investors then believe that as Spotify becomes more popular, they will get more favorable terms in those renegotiations. But it has two separate business models.

No. 1 is your free users and the way that they can pay for that is they put advertisements in there, and we’ll talk about that. They have way more free users than they do paid users. But those free users generate very little revenue for the company as opposed to their paid users. It’s like Brian Feroldi, what you were talking about with international and the United States with Pinterest, there are very few comparatively in the United States, but they provide the bulk of the revenue. Same thing here.

Now, let’s get into the numbers. The company released their earnings and the market wasn’t super impressed by it. I personally don’t think there’s anything to worry about if you’re a long-term shareholder. So here are the numbers that really matter. The total monthly active users, which means those free ones that are ad-supported plus the premium subscribers, you add those together, they had 345 million people using it. That was up 27% as compared to last year. Their ad-supported users are growing faster. So up to 200 million and about 155 million premium subscribers. Now, I don’t know about you guys, but when it comes to a freemium model, I have almost never seen a company that is able to get approaching half to sign on for the paid option. Can you guys think of a freemium that has something that high?

Stoffel: Right, exactly. [laughs] Some of the gaming companies we’ve talked about, we ran Skillz through and there’s a couple of others, it’s very similar.

Stoffel: It’s crazy. Then you see where the money comes from. These premium subscribers, they provide almost all of the revenue, the ads are right here. But the company is doing some things with the ads that might boost this little more. The ad-supported growth is growing faster. One thing I want to make note of, you see the premium subscribers from last year to this year grew 24% right here. Well, the thing that you got to know about that when you compare to only 15% growth with what they’re getting paid is that they’re playing with how to price these plans.

Spotify is huge around the world and what a U.S. citizen is willing to pay is different than what someone in Asia, or Africa, or the Middle East is willing to pay. They’re trying to tinker with that to figure out what works best. If they’re adding more users in countries where the subscriptions cost less, you’ll see these premium subscribers grow faster than their premium revenue. For me, I think that’s fine. Over the long term, I don’t see a problem with it. To give you an idea of how this all breaks down where the company operates because they really do operate just about everywhere, I’m going to go ahead and do this again.

Here is what the company does in terms of where their users are. You can see, if you can’t see that 35% are in Europe, 24% in North America, 22% in Latin America, and 19% in the rest of the world. But if we go over to where they get their subscribers from, so these are the ones that pay money, Europe and North America expands, I am going to show you. So Europe and North America is 69% of the subscribers. But let’s see, 60%, is that right, of the users. The rest of the world in Latin America, that’s where they are aiming to get more premium subscribers.

READ:  Is It Time to Buy AMC Entertainment and Sell GameStop?

Now, we go into what the company actually had to say, and they’re really playing with ways to increase the amount of money that they can get from their ads within their users who aren’t paying. I’m going to go down here and they talk about their product and their platform but what is interesting is they talk about podcasts a lot. The biggest thing that they did is they made The Joe Rogan Experience exclusive on Spotify recently, and that has drawn in a lot of users. What they saw was that 25% of their monthly active users engaged with the podcast. That’s huge. That’s way more than I would have thought. So this move into podcasting is a big deal.

What they’ve done is, they’ve also started making acquisitions of companies that help people start a podcast and then grow a podcast. By doing that, there’s a little bit less risk because, with The Joe Rogan Experience, if something happens to Joe Rogan, if he falls out of favor, if he has an accident, that’s a lot of money that they spent that is, unfortunately, going to be wasted. But if they’re starting to make these acquisitions where they’re getting different companies that help the podcast ecosystem, that let some spread of really wide net. They’ve got a whole bunch of other people, you guys know Brene Brown, I’m a huge fan of. She has got a podcast that’s very popular that’s on Spotify now.

Feroldi: Have you listened to it? It’s excellent.

Stoffel: Which one do you listen to?

Stoffel: Is it Dare to Lead or is it her?

Feroldi: I didn’t know she had two.

Stoffel: She has two. But now, I can’t remember the one that I actually listen to more, but I bet someone will put it in Slido.

But then, this is the other thing that they’ve been doing, is that they’ve been working on ways to make it easier for people to get, what’s the word I’m looking for, a directed ad right in front of someone. Because they’re collecting enough information about their users now, and they’ve collected enough other companies have the technology to do this where they’re offering for a specific ad to show up to be bid on and to appear in front of someone which is not the case traditionally for the company. That really has the potential to juice their revenue that comes in from the ad-supported listeners. It will be interesting to see what happens there. If it fails, I don’t think that that’s a huge knock against the company, but if it succeeds, I think it could be really, really quite lucrative.

One last thing, the big reason that I think the stock fell after earnings was because the forecast for the first quarter wasn’t quite as high as analysts were expecting. I still think that this is a company that has a long runway ahead of it. Their move into podcast, I think was really smart, prescient. You can own podcasts much easier than trying to buy, say, all of Beyonce’s music, that’s just not going to happen, right? But you can buy the most popular podcast out there in Joe Rogan, and that can draw people in.

So that’s where Spotify is. Like I said, the company fell following earnings. They spent a lot of money this past year working on podcasts, making sure that they could draw people in from around the world, they’re doing a lot of work behind the scenes to make ad-supported revenue more robust. But overall, if you look this past year, the stock has treated shareholders very well.

Why the Next Quarter Could Be Tough for Canadian Cannabis Companies

Market Down? Here's 1 Stock to Own for the Long Term 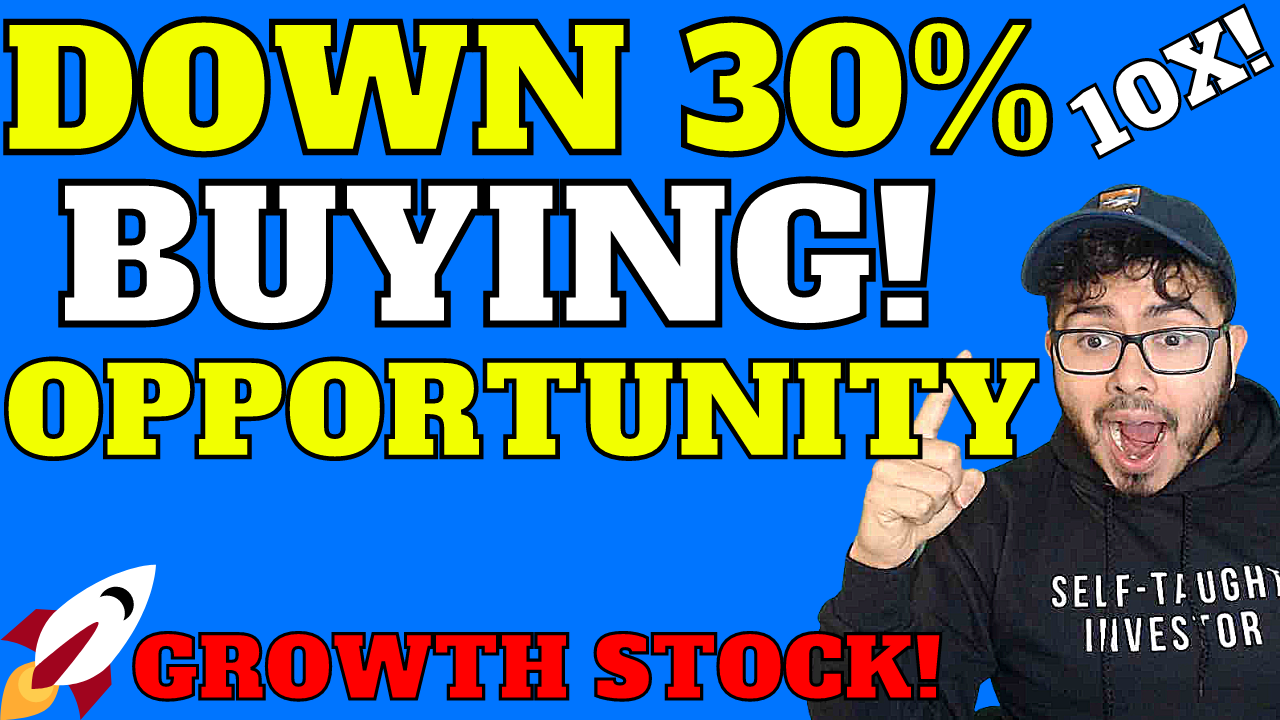 This Gaming Growth Stock Is Down Over 30% From Record Highs: Buy or Sell?