Investing in a stock based mainly on a solid phase 2 trial is risky but it provides an opportunity to buy in on a potential growth stock before the crowd. These three don’t have much real revenue, but all three have a promising therapy that may or may not pan out. If they do, these stocks could double in a short period of time, and buying in now offers a huge opportunity with that risk. 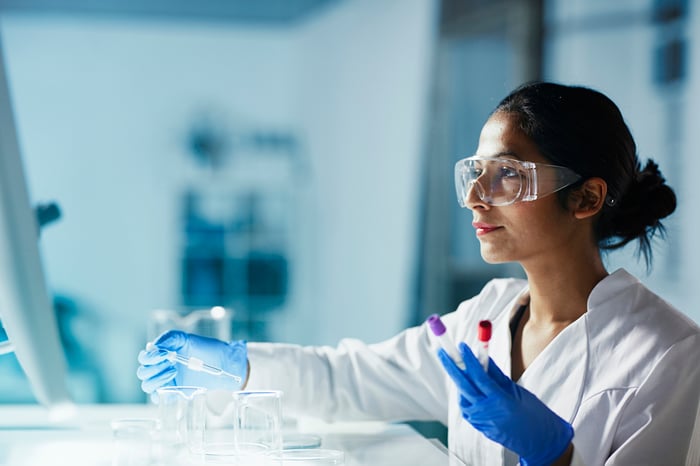 TP-03 is just one reason to be bullish on Tarsus

Tarsus had its initial public offering in October and it just came out with a positive phase 2 study regarding its lead drug, TP-03, to treat Demodex blepharitis, an eye disease with no therapies approved by the U.S. Food and Drug Administration (FDA). Blepharitis is a chronic inflammation of the eyelids caused by the overgrowth of normal bacteria living on the eyelid or base of the eyelashes. Demodex blepharitis is caused by a specific breed of mites and is quite common, affecting nearly 25 million Americans, according to Tarsus. The disease is not always diagnosed because its symptoms match other dry eye diseases. The condition, which can create collarettes, waxy buildups on the eye lid, is more likely to happen as we get older because we produce fewer natural antibodies in our tears.

In the company’s Saturn-1 study with TP-03, 421 patients over 18 were given an eyedrop with TP-03 solution twice a day for six weeks. TP-03 solution includes a drug called lotilaner, used to treat ticks and fleas in animals. Tarsus said 81% of patients showed clinically meaningful collarette cure 43 days into the study. The study met all endpoints, Tarsus said, including the elimination of mites in 68% of patients.

The company’s stock is down nearly 30% for the year, but I think this presents a good opportunity for investors. Though Tarsus doesn’t have any commercial products in the United States, it is newly profitable, thanks to a development deal with Chinese pharmaceutical company LianBio that gives it the right to develop and commercialize TP-03 in China. In return, LianBio is expected to pay Tarsus $25 million by the end of this month and up to $175 million in various milestone payments, including up to $70 million over the next 12 months.

Thanks to the deal, the company reported $33.4 million in revenue in the first quarter and $10.4 million in net income. Tarsus has a good cash position at $156.2 million.

If TP-03 is approved by the FDA, the company said it plans to make it available sometime in 2022. Tarsus also has two other drugs in the pipeline: TP-04, as a potential therapy for rosacea, and TP-05 to treat malaria and Lyme disease.

Anavex has a potential blockbuster in blarcamesine

Anavex’s stock is up more than 376% this year, and it continued to climb on positive reports of the company’s phase 2 trial of ANAVEX2-73 (blarcamesine) in adult female patients.

The small-molecule therapy targets Rett syndrome, a central nervous system disease caused by the mutation of the MECP2 gene. The trial found that ANAVEX 2-73 activated the sigma-1 receptor, helping to restore neural cell homeostasis (a stable, relatively constant internal environment) and promoting neuroplasticity, the ability of nerve networks to adapt through growth and reorganization. Rett syndrome affects the development of the brain, and according to the National Organization for Rare Disorders, Rett syndrome occurs almost exclusively in girls, affecting one in 10,000 by age 12. ANAVEX 2-73 has the potential to be the first therapy approved for Rett syndrome by the FDA. The drug has already been given Fast Track designation, Rare Pediatric Disease designation, and Orphan Drug designation from the FDA for the treatment of Rett syndrome, so it could be considered for accelerated approval, the company said, meaning that it could come to the market later this year.

READ:  Why Intel, Applied Materials, and ASML Holdings Rose as Much as 12% in January

It is the company’s leading drug, and it’s also in late-stage studies as a therapy for Alzheimer’s disease and Parkinson’s disease dementia.

Anavex lost $8.2 million in the second quarter, but the company has $75.9 million in cash, enough, it said, to fund operations for three years. 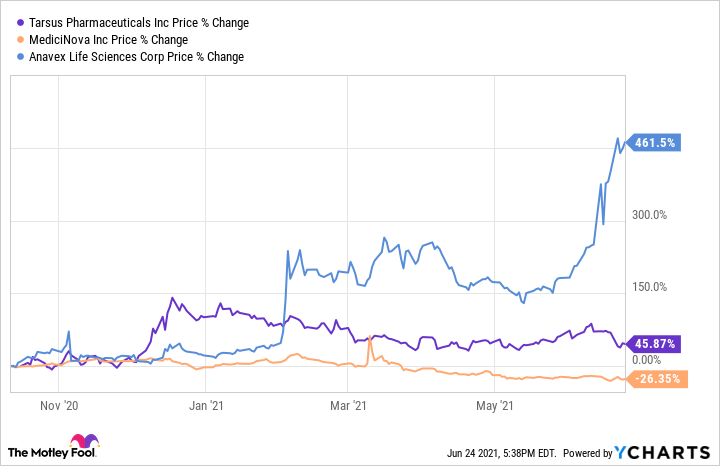 MediciNova (NASDAQ:MNOV) announced positive results on Monday regarding a phase 2 trial for MN-166 (ibudilast), its therapy to treat alcohol use disorder (AUD), a condition characterized by problem drinking becoming severe. The study involved 52 patients with AUD over a two-week period. It found that compared to a placebo, it reduced incidents of heavy drinking by 45% and lowered AUD patients’ rewarding response in their brains to alcohol to reduce drinking.

While MediciNova stock climbed a bit after the news, for the year, the stock is down more than 25%. Currently, there are only three drugs in the United States approved for AUD patients and the market possibilities are huge — the National Institute on Alcohol Abuse and Alcoholism estimates there are 16 million people in the U.S. with AUD, and that less than 10% receive treatment for the disease.

If that was the only news then MediciniNova may not be a buy, but the company also has MN-166 in phase 3 trials for amyotrophic lateral sclerosis (Lou Gehrig’s disease) and for degenerative cervical myelopathy. In March, MediciNova also got funding from the U.S. Department of Health and Human Services’ Biomedical Advanced Research and Development Authority (BARDA) to pay for studies to test the compound as a therapy for chlorine gas-caused lung damage, as part of BARDA’s Repurposing Drugs in Response to Chemical Threats (ReDIRECT) program.

The company has $76.3 million in cash, enough, it says, to fund its operations through 2022. In the first quarter, it lost $200,000 but had $4 million in revenue from gene therapy milestone payments with Genzyme Corporation, a subsidiary of Sanofi, regarding a gene therapy product that uses adeno-associated virus vector technology.

Great opportunities for the right investor

None of these biotech stocks are a sure thing. While all three have promising therapies, their lead drugs may not come to market for a while. Fortunately, while the latter two companies had negative net income in their most recent quarter, all three are in solid cash positions, so they can survive what it takes to bring their drugs to market.

Of the three, I like MediciniNova and Tarsus the most because they are already receiving milestone payments in connection with their lead drugs. Anavex is also a solid choice, but its lead therapy presents a smaller market and the stock’s price has already climbed considerably this year.

What snakes are there in the UK and are they venomous? – The US Sun 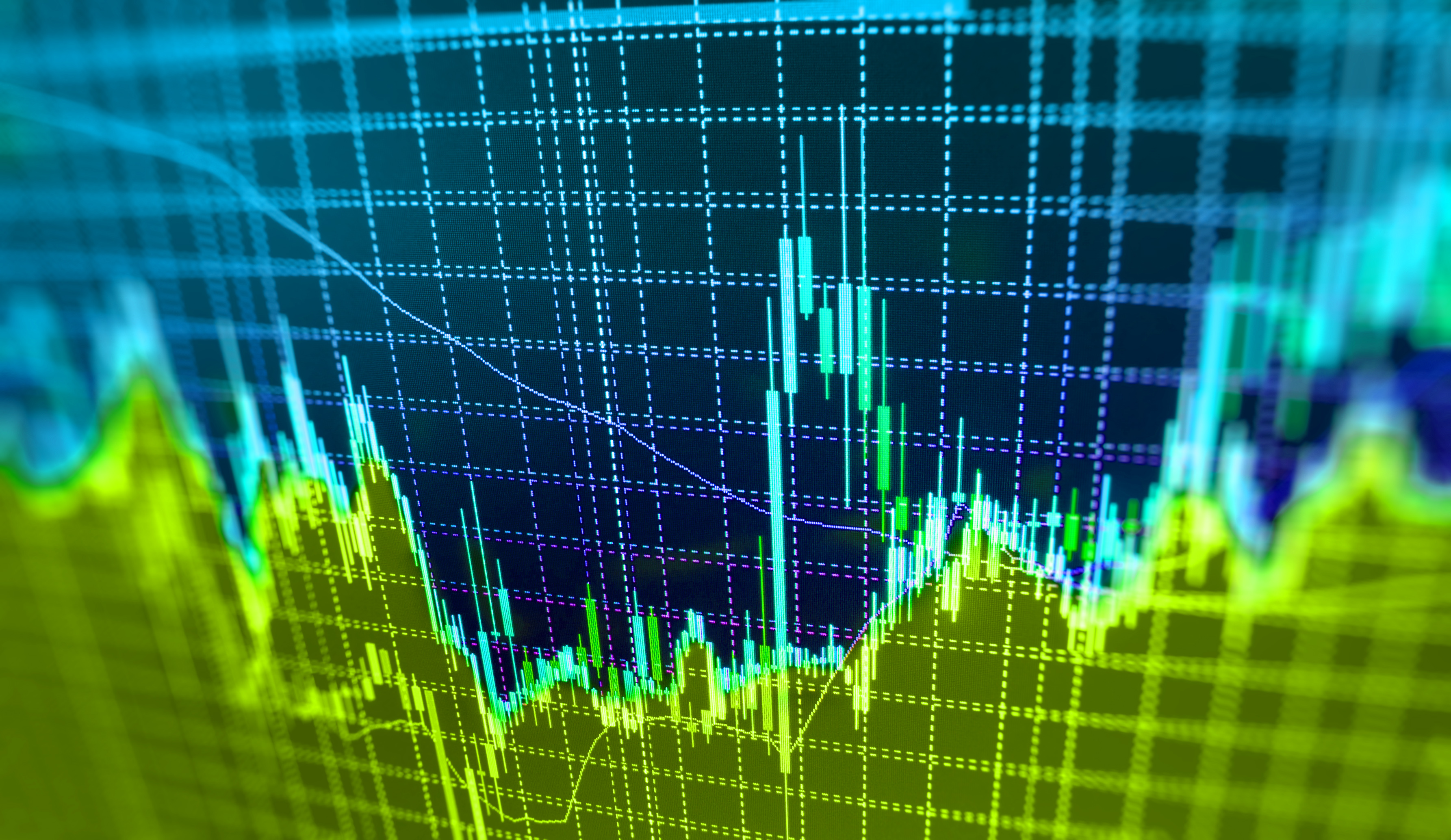 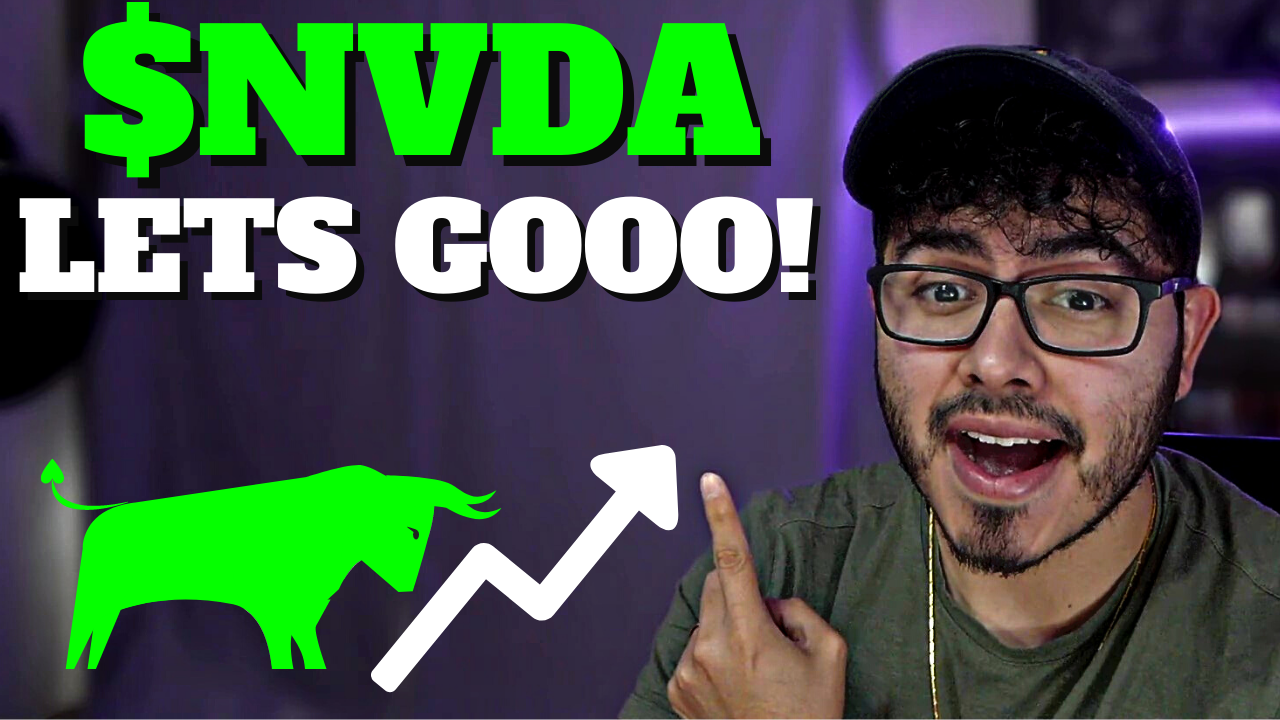 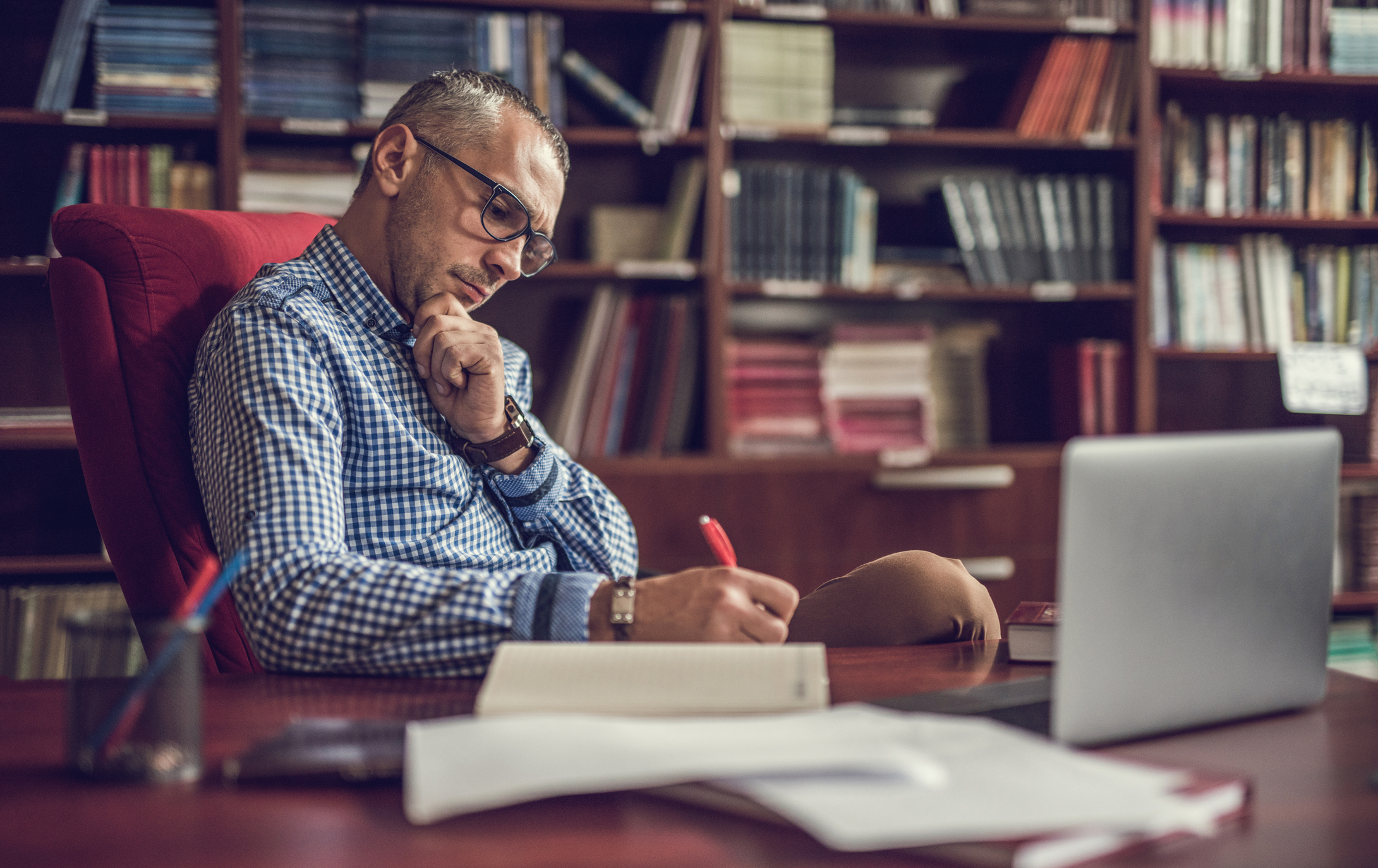 Is AbbVie a Buy Before Its Earnings Report Friday? 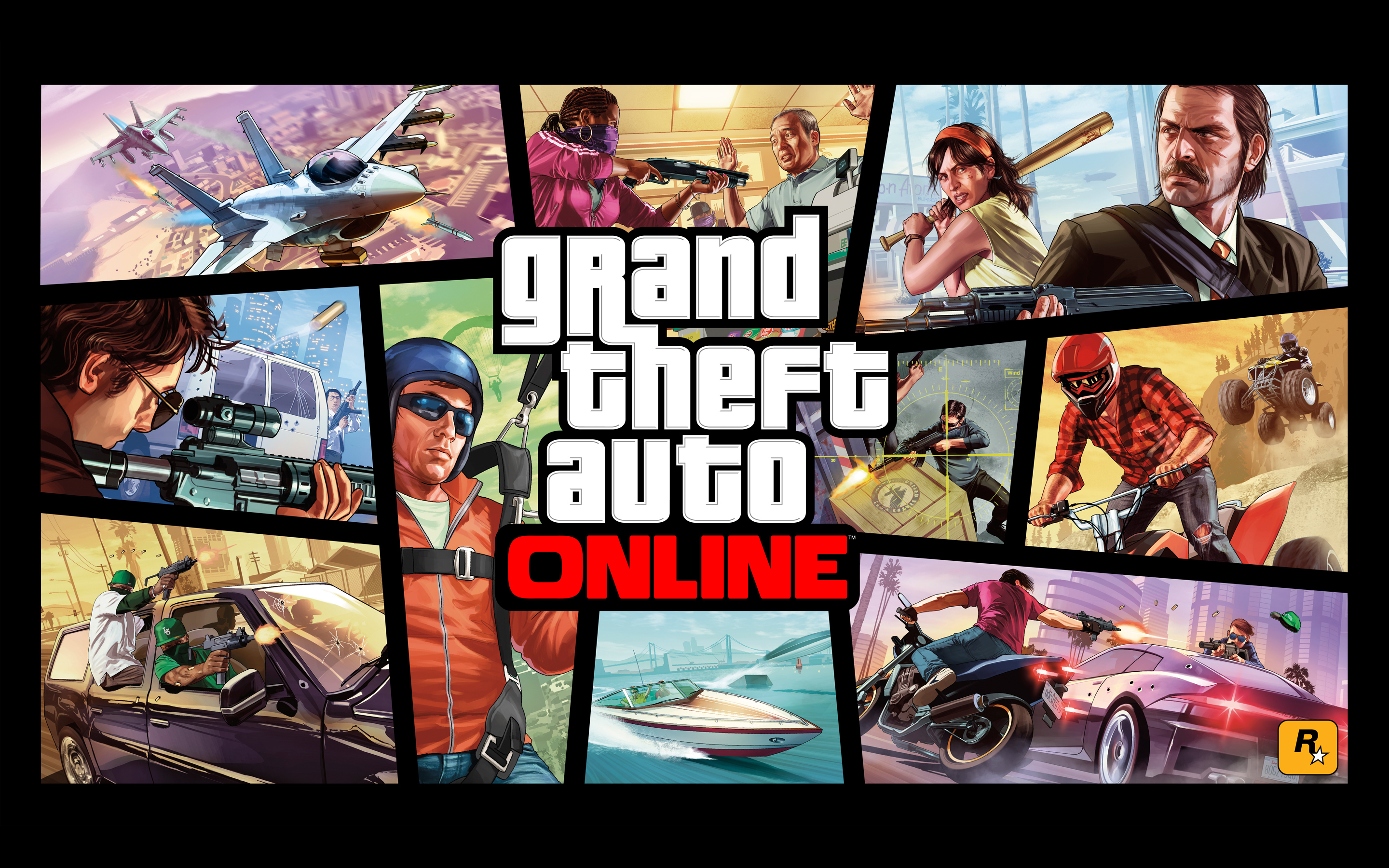